Learn More
Newfoundland and Labrador is home to some of the world's greatest geological discoveries. With more than 29,000 kilometres of diverse coastline to explore, you’re bound to encounter unique geological experiences everywhere you go. 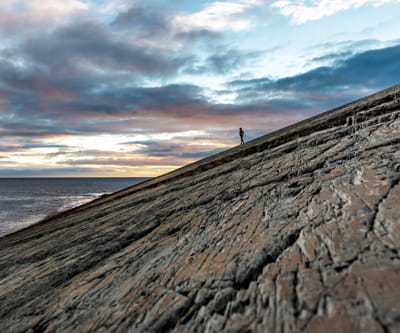 Journey to the southernmost tip of the Avalon Peninsula and take a guided tour of Mistaken Point Ecological Reserve UNESCO World Heritage Site. Walk across the ancient seafloors to find an entire community of 565-million-year-old fossils. 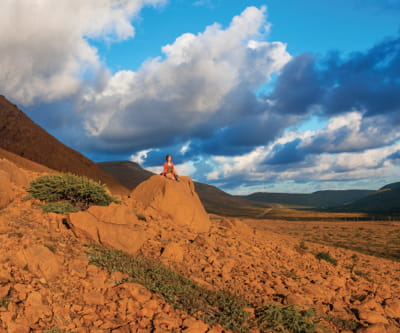 Gros Morne National Park UNESCO World Heritage Site played a major role in the understanding of plate tectonics. Put on your hiking boots and go on a guided tour to explore a fragment of the Earth’s mantle and the iconic red rocks of the Tablelands. 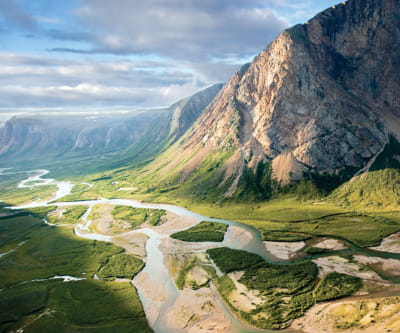 Labrador is rich in minerals, and it proudly lays claim to rocks that date back billions of years. Within this ancient land resides the Torngat Mountains National Park, where coastal cliffs and glacially carved fjords give us a rare glimpse into Earth’s geological history. 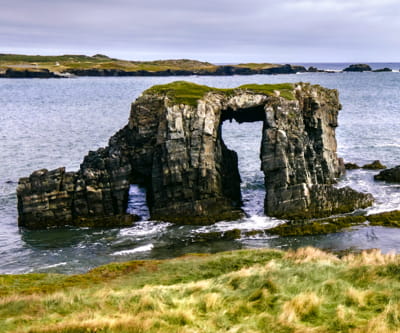 On the upper half of the Bonavista Peninsula is the 280-kilometre-long Discovery UNESCO Global Geopark. This park is home to 27 historic communities and 10 unique sites that offer geological marvels like 560-million-year-old fossils, towering sea stacks, and curved sea arches. 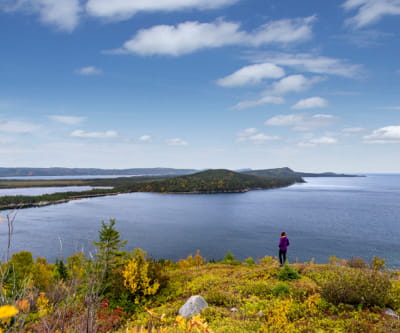 From the small town of Dover, you can see a geological scar left behind by two ancient continents that collided millions of years ago. Head up to the lookout to spot where sections of the world came together to create the island of Newfoundland. 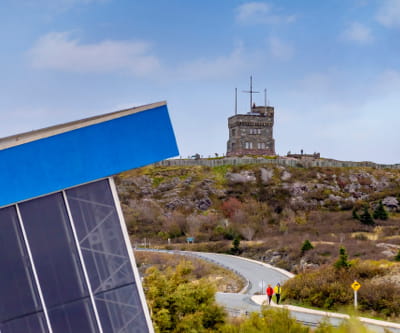 Underground at Signal Hill in St. John’s is the Johnson Geo Centre, where you can explore the volcanoes, earthquakes, and natural forces that shaped our world. When you’re heading back to the surface, take a trip to The Rooms to meet Haootia, one of the first animals ever to have muscle tissue. 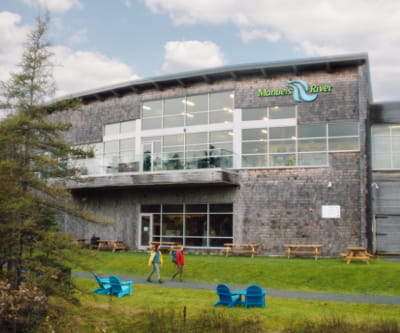 Head just outside of St John’s to Manuels River Hibernia Interpretation Centre in Conception Bay South and travel back 650 million years. Discover ancient volcanoes, beaches, and the giant trilobite fossil that made this area famous. Take a guided fossil tour along the hiking trail or take in the enchanting café view that overlooks the river. 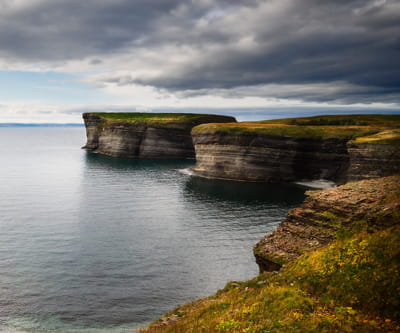 Leave one rock and head to another with a short ferry ride to Bell Island. Explore the famous No. 2 mine to find the iron-rich layers that date back more than 450 million years. This tour will take you on a journey back to 1896 to experience what it was like to work underground. 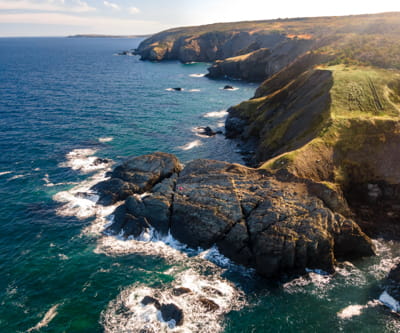 On the Burin Peninsula, you’ll see the exposed cliffs at Fortune Head Ecological Reserve. Within these cliffs are fossilized burrows of animals that existed over 540 million years ago. 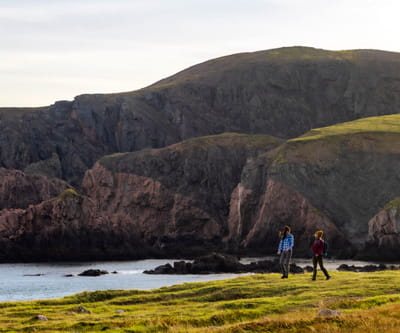 As you journey through the Burin Peninsula, you’ll pass by St. Lawrence, which is famous for having some of the world’s largest fluorite deposits. Tour the local Miner’s Museum to learn how it's used to make gorgeous jewelry and specialty items. At the end of the tour, add your own personal touch by polishing a gemstone with assistance from the museum’s staff. 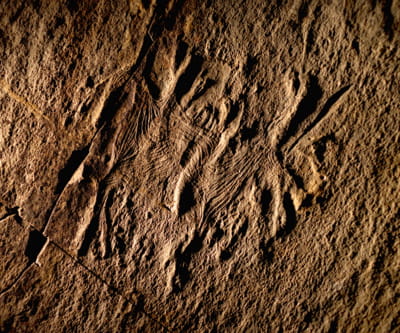 Found just outside of Port Union on The Murphy’s Cove to Lodge’s Pond Trail, Haootia quadriformis is a 560-million-year-old fossil that tells the story of when animals first flexed their muscles. Get familiar with this rare creature that’s on display at The Rooms in St. John’s. 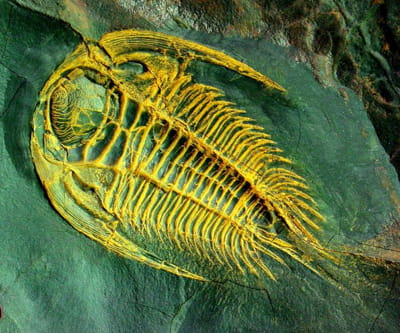 Trilobites are ancient marine invertebrates that helped us understand how animals evolved skeletons. You can see the remarkable giant trilobite fossil just outside of St. John’s at Manuels River Hibernia Interpretation Centre. 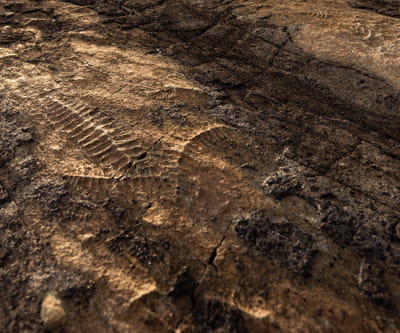 Out on the platforms at Mistaken Point are some of the oldest complex multicellular lifeforms found anywhere on Earth. And it's not just one isolated fossil, but thousands that make up an entire community from 565 million years ago. 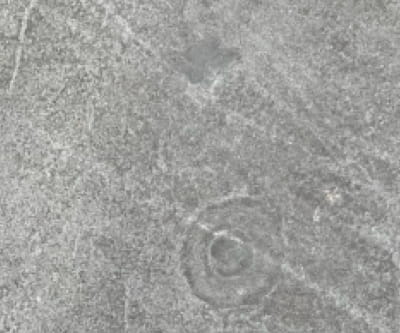 While walking along the boulders that surround Quidi Vidi Lake in St. John's, you can find some of the oldest signs of life in the world. These armour stone rocks are roughly 570 million years old, and this is one of only a dozen places on the planet where you can find fossils this old. 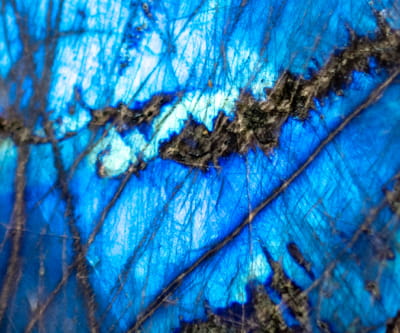 Labradorite is the provincial mineral of Newfoundland and Labrador. When light interacts with this vibrant crystal, it reveals the stunning shades of colour hiding within. You can view a large specimen at the Johnson Geo Centre or find handcrafted jewellery in shops across the province. 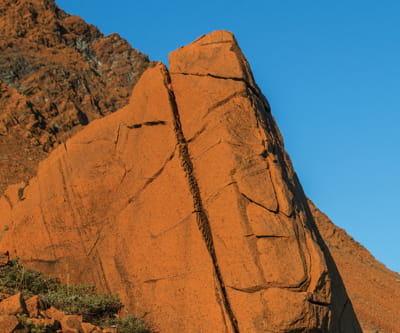 Peridotite is a type of rock that is found in Gros Morne National Park. It begins as a dark green colour when it’s hidden deep under the Earth. But the moment it reaches the surface, it becomes the rusty, red landscape that the Tablelands is known for. 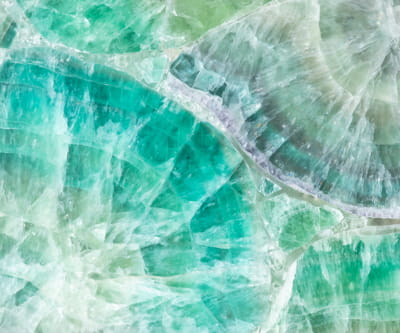 Fluorite is the most colourful mineral in the world. That’s why it gets carved and polished to create vibrant gemstones that are sold in gift shops. Many industries also use it to create tools like non-stick pans and solar panels.

Beneath Your Feet Video Series 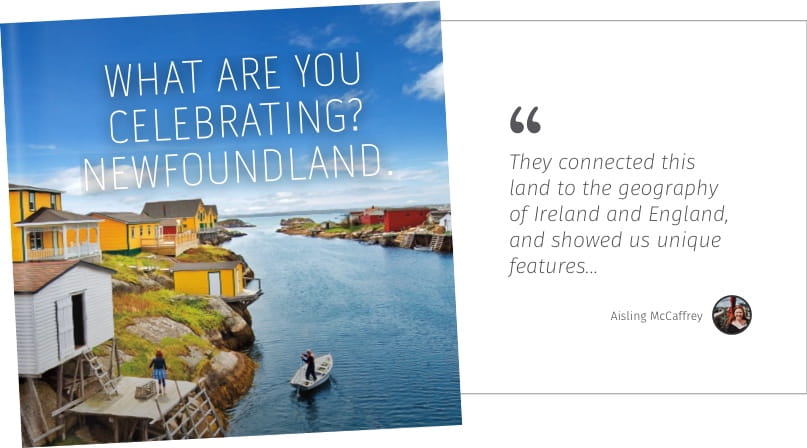