Learn More
Newfoundland and Labrador is one of the most spectacular whale watching places on Earth. The world’s largest population of humpback whales return each year to feed on capelin, krill, and squid along the coast. Another 21 species of whales and dolphins visit along with them including the minke, sperm, pothead, blue, and orca. Between May and September, you can see them feed, frolic and even breach near our shores. Catching a single glimpse of these majestic mammals is an exciting and awesome experience, whether it's from the deck of a tour boat, the side of your sea kayak, or a seaside trail. 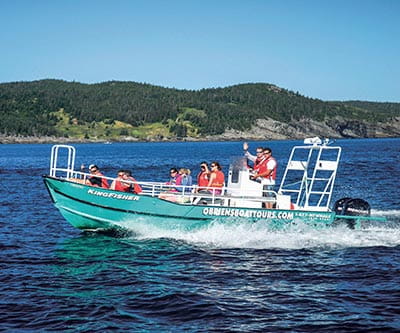 What better way to see a whale than to meet one – or more – at sea? Our boat tour operators allow you to do just that, and they know exactly where to find them. It's not uncommon for a whale or porpoise to investigate a visiting boat. Sometimes, you can look over the railing and see one – many metres in length – swimming gracefully under your vessel. 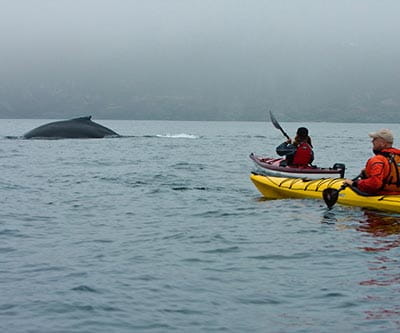 A sea kayak tour offers an up-close and intimate experience. Our ocean kayaking operators will take you as close as safely possible to whales, caves, inlets and, if the timing is just right, you might see icebergs as well. 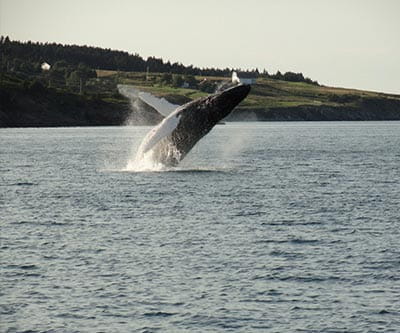 If you haven’t found your sea legs, you can spot whales while hiking or walking along seaside trails, rugged cliffs, and sandy beaches. Look out from a cliff-side peak and see the tails of humpbacks splashing in the sea. Or picnic alongside the ocean and get a fine view of whales and porpoises swimming nearby – no binoculars needed. 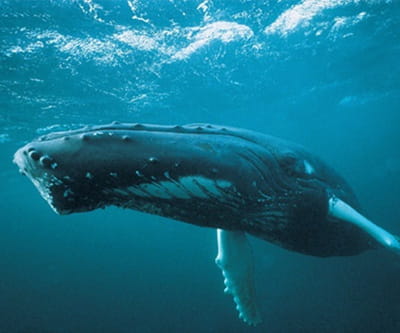 The world's largest population of feeding humpback whales is found here. Migrating from the Caribbean, they spend from April to October in the waters off Newfoundland and Labrador. They are often seen "breaching" or jumping out of the water and crashing into the waves. 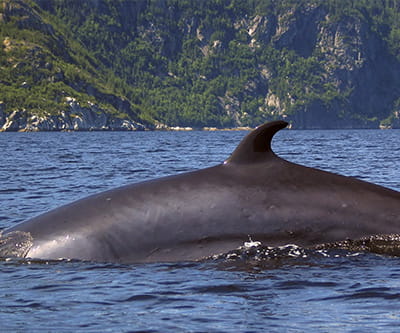 Common in the bays of Newfoundland and Labrador, this is the smallest baleen whale. Unlike other whales, the minke's tail does not show when it dives to feed on capelin, mackerel or herring, and it will spend very little time on the surface before swimming deep under water for 15 to 20 minutes at a time. You'll see these whales in summer and early fall. 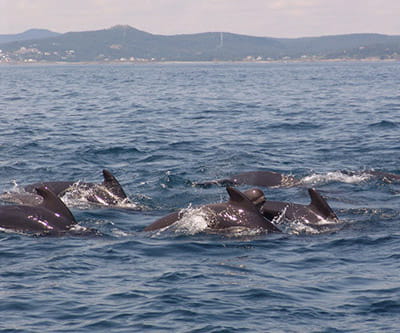 Named for its thick pot-shaped head, these small toothed whales often travel in large groups of up to 100. They love to feed on squid and fish during summer and early fall. 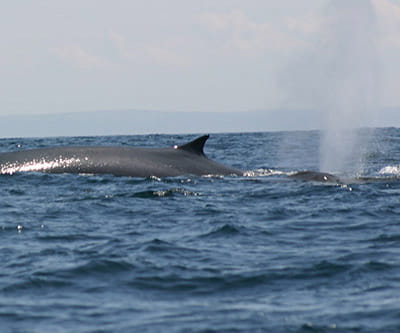 This large baleen is the second largest of the whales. They travel further offshore than the humpbacks and minkes. And they can travel in packs of up to eight. 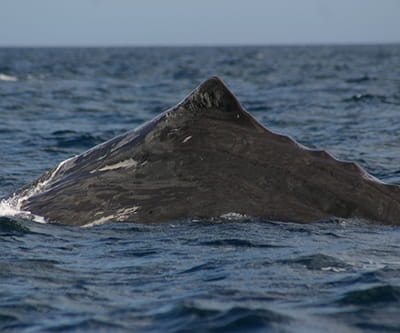 The largest of the toothed whales, the sperm, has a wrinkled body that is dark brown or grey in colour. A blowhole in the shape of the letter "S" sits on the left side of its head, producing a bushy spout that extends beyond its front. 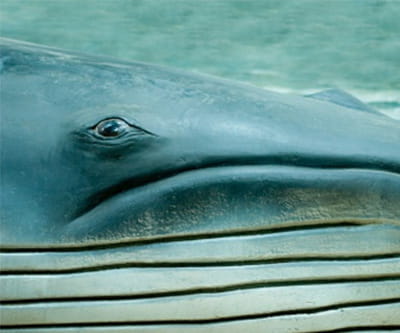 The blue whale is the largest mammal that has ever lived on earth – a whopping 21 to 28 metres long. This baleen whale is most abundant on the southwest coast of Newfoundland, especially during the winter months. 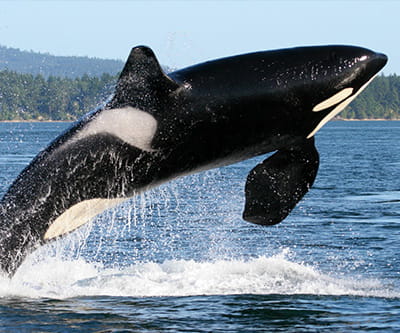 This well-known toothed whale can be seen off of Newfoundland and Labrador in the summer months. Look out for a stout, glossy, black and white body – and a big set of teeth. 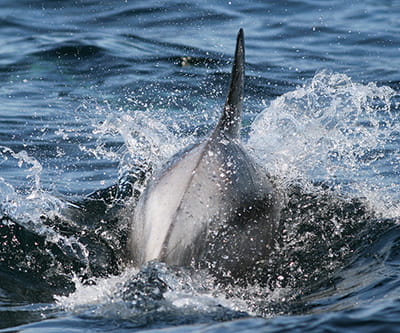 These dolphins have a dark grey body, a short white nose, white patches in front of and behind its dorsal fin, and light grey and white patches across its back. 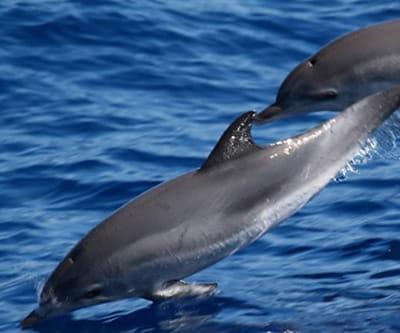 These "squid jumpers" or "jumpers", as they are locally known, have black or dark grey backs, a light grey patch running their backs, and white bellies. Behind and below their dorsal fins are two yellow- or beige-coloured ovals.

This small porpoise is dark grey in colour with a white speckled underside. They travel in groups up to five and are known locally as "puffin pigs" for the grunting sound they make when they blow.

We’re one of the few places in the world to receive simultaneous visits from whales, seabirds, and icebergs. As the whales and birds migrate north and the icebergs sail south, there’s a chance to experience all three of these wonderful sights in one trip. Like so much in nature, there are many factors that vary from year to year, but with luck you’ll witness this exciting spectacle. 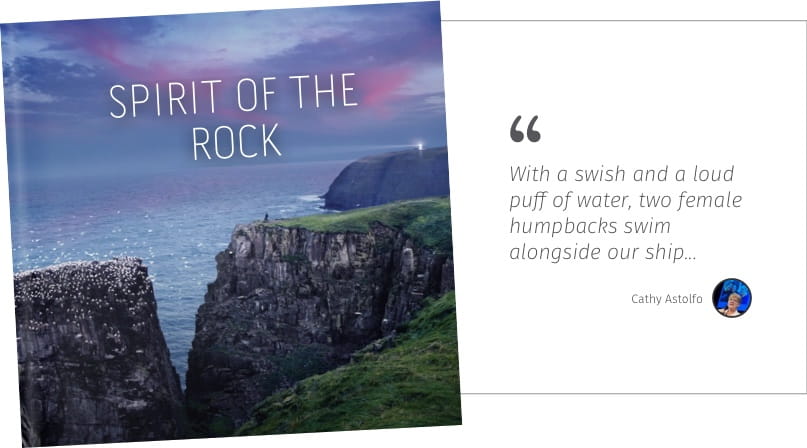