Learn More
From our neighbourhood houses painted so brightly, to the characters who painted them, Newfoundland and Labrador has been “Inspiring boxes of crayons since 1497.”

Our team members are able to assist with story ideas and planning.

Our Travel Media Program plays an integral role in maximizing consumer and trade awareness of Newfoundland and Labrador through unpaid media coverage in key markets and outlets. Travel media influencers include freelance journalists, travel editors, broadcasters, producers, travel trade media, and bloggers. Travel influencers are encouraged to connect with us before planning a trip to Newfoundland and Labrador.

We maintain an image and video library containing professional-quality images, videos, and film footage. These photos and videos are searchable and downloadable from our online digital asset management site. Most are royalty free, but you are required to provide credit according to individual image requirements. 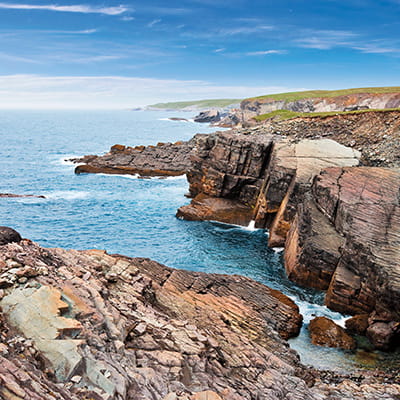 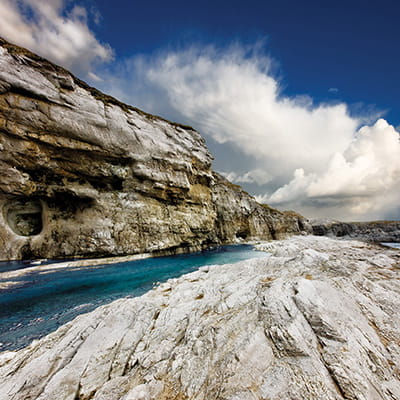 With more than 29,000 kilometres (18,000 miles) of majestic rugged coastline, you’re never far from the ocean. See houses of yellow and blue, lime, aqua, and green that cling to the shore in villages, outports, coves, guts, and bays; as proud to show their true colours as the people you’ll meet at every turn. 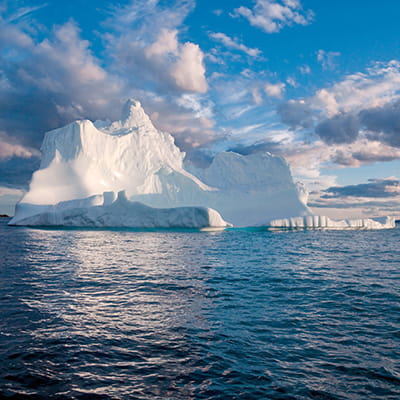 Breathe in plenty of fresh sea air along Iceberg Alley, where 10,000-year-old mountains of fresh water, carved from the glaciers of Greenland and the Arctic, glide past in spring and early summer. 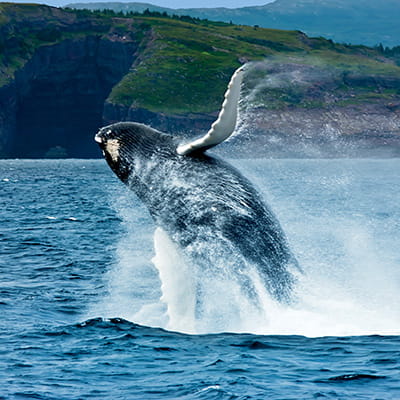 Icebergs drift south. Humpbacks migrate north. This is the place where their paths cross and is home to the world’s largest population of feeding humpback whales. Every year, 22 species of whales and dolphins come for peace and quiet, and the odd photo op. 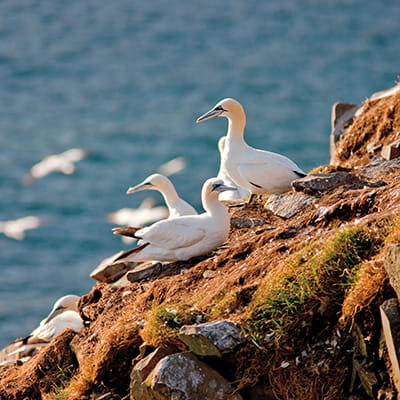 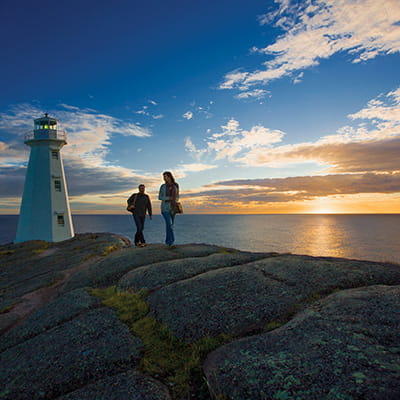 Most Easterly Point in North America

Visit the most easterly point in North America where you’ll see the sun rise before anyone else on the continent at Cape Spear Lighthouse National Historic Site. 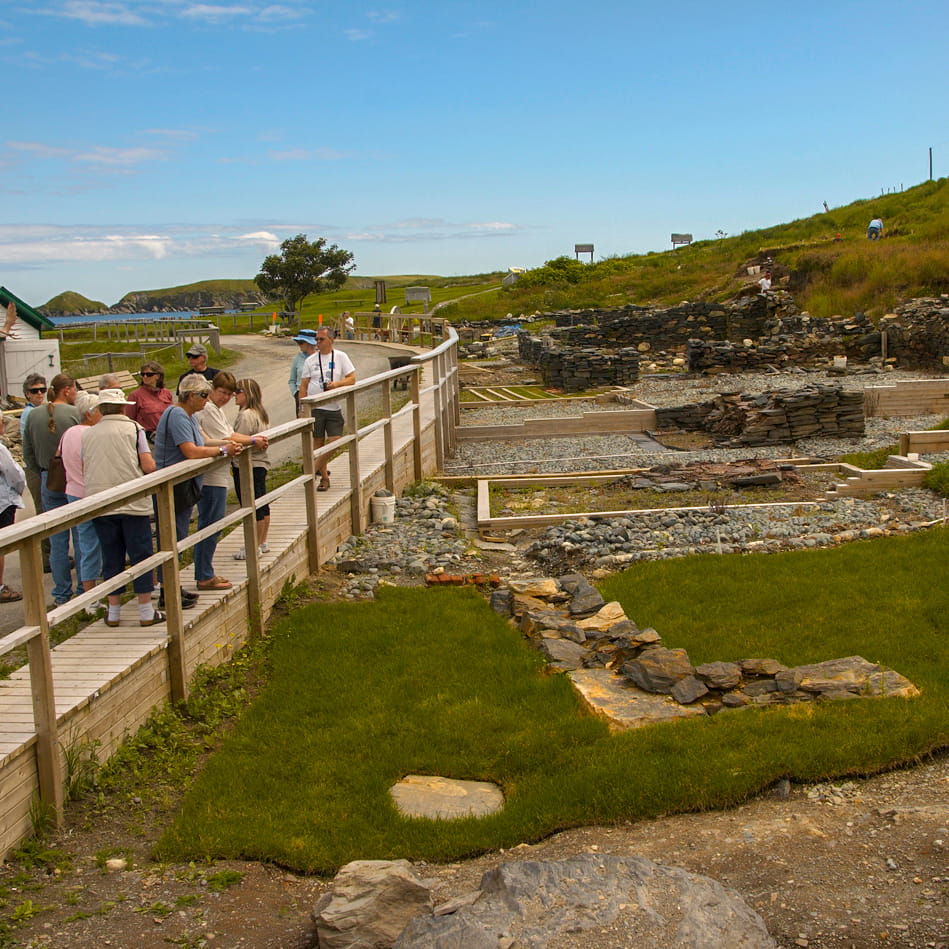 Archaeological sites that date back 9,000 years to the Labrador Archaic people, as well as the Maritime Archaic people, Pre-Inuit, and more recently the people known as the Beothuk. 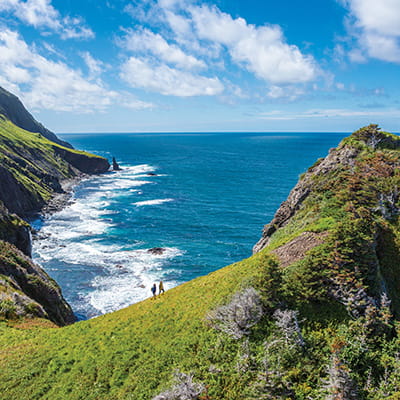 Close to 300 hiking and walking trails, including historic footpaths between abandoned fishing communities, to deep fjords, towering cliffs, and sub-arctic barrens, through lush inland forests, and over the Earth’s mantle. The diverse trails and the fresh sea air will rejuvenate mind, body, and spirit. 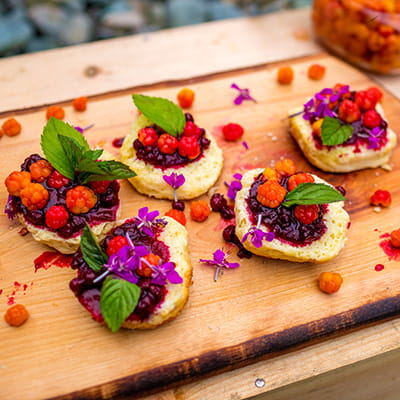 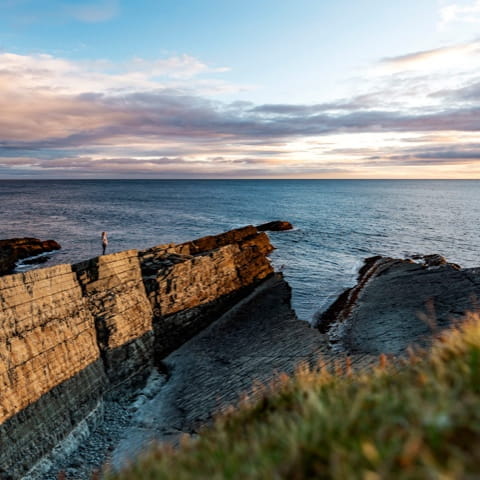 Geological wonders are everywhere in Newfoundland and Labrador. Travellers can experience them while exploring small communities from coast to coast. 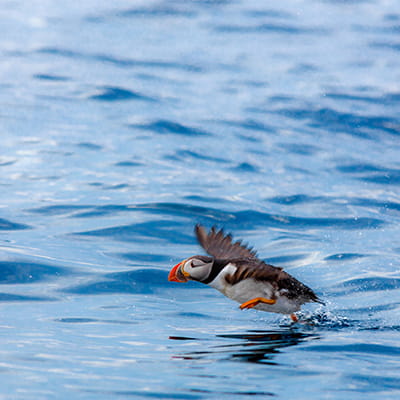 Closer Than You Think

Flying time to St. John’s is about 3.5 hours from Toronto and about 5 hours from London or Dublin.