The Shipwrecks of Newfoundland and Labrador 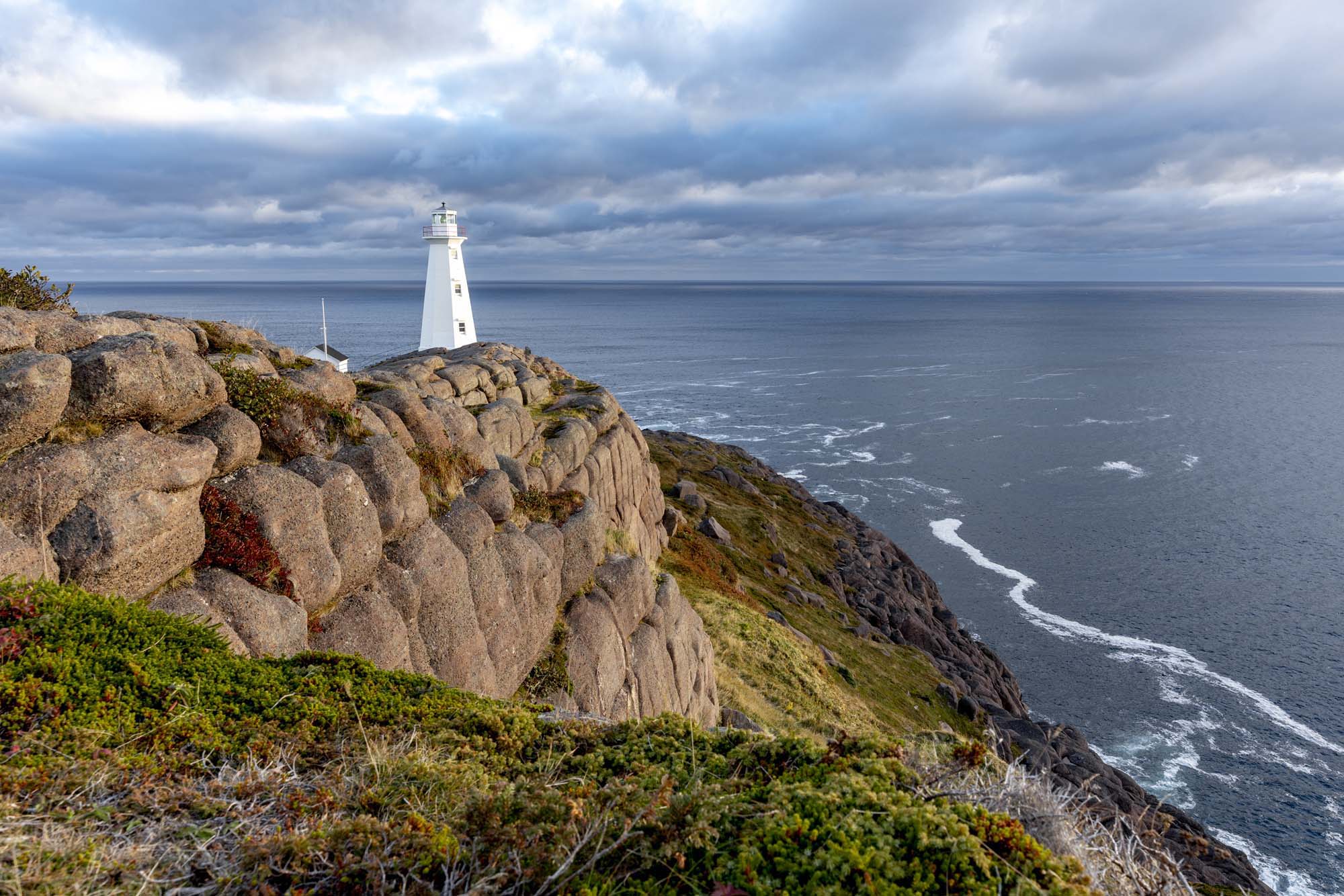 Throughout history, those shorelines have also created havoc for many mariners, young and old alike. It’s estimated that the number of wrecks around the shores of Newfoundland and Labrador could be in the thousands. However, for the purposes of this article, we’ll focus on a few of the more prominent in our history.

Shipwrecks have been a reality here for centuries. Take Red Bay, Labrador for example. Red Bay National Historic Site was the first large-scale whale oil production site in the entire world. Whalers from Spain and the Basque country made the arduous journey across the Atlantic each year. Several large galleons and Chalupas (whaling ships) can be found beneath the waves of this UNESCO World Heritage Site. There are several walking trails, as well as kayak tours to help you get a feel for what life must have been like back in 565 AD. 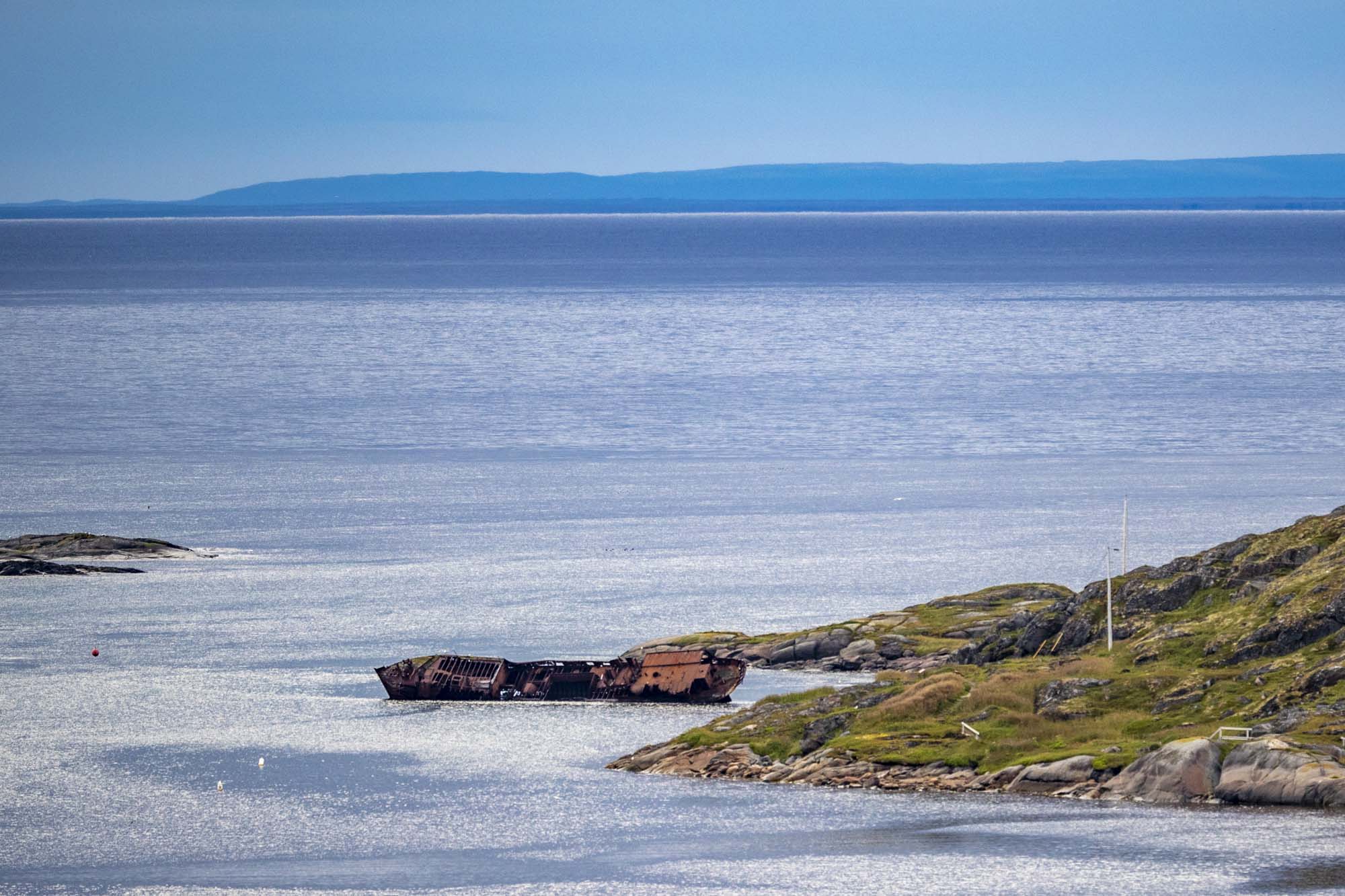 Labrador is home to many wrecks; the HMS Lily was an Arab-class composite gun vessel that was originally built for the Royal Navy back in 1874. Her service took her all over the world. Eventually she wound up off the coast of Labrador, and in 1888 wrecked near the Point Amour Lighthouse. Another ship, the HMS Raleigh ran aground in thick fog at L’Anse-Amour back in 1919 by Captain Sir Arthur Bromley. You can walk the Raleigh Trail and see the spot where that ship met its demise.

Wartime In Newfoundland and Labrador

World War II was a war that touched everyone in every corner of the globe. And, this province was no different. In the autumn of 1942, German U-Boats targeted and sank three iron ore carriers off the coast of Bell Island in Conception Bay, just off-shore of St. John’s. The SS Saganaga, SS Lord Strathcona, SS Rose Castle and Paris-Lyons-Méditerranée 27 were all lost, along with dozens of sailors. A monument in Lance Cove stands in memory of this stark reality of war. Ocean Quest Bell Island Diving offers visitors an opportunity each year to go beneath and see these vessels up close and personal, it’s a once-in-a-lifetime opportunity you’ll not soon forget. 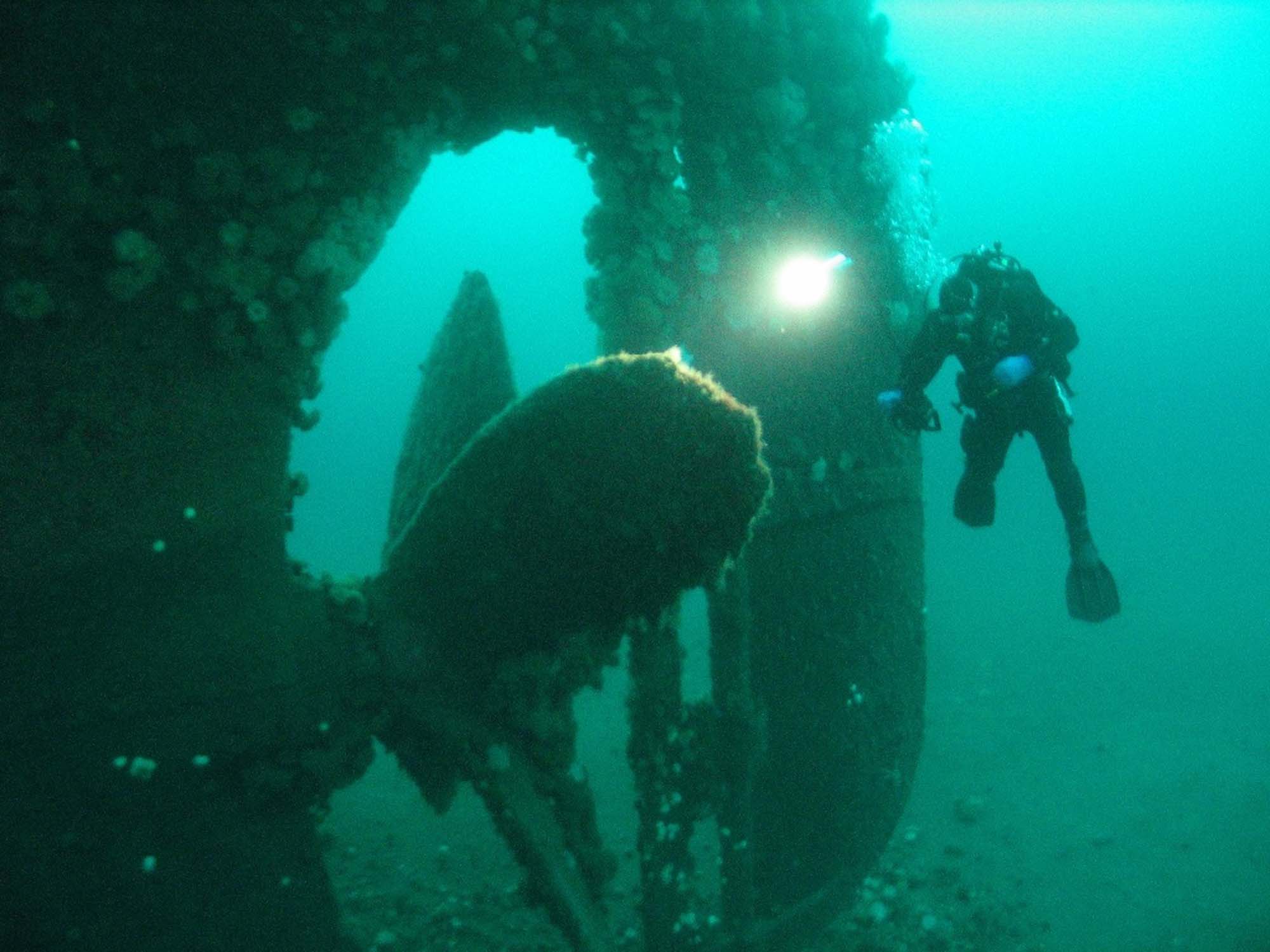 On February 18, 1942 a convoy of three American Navy vessels, the USS Truxtun, the USS Wilkes, and the USS Pollux, ran ashore on the rugged coast of the Burin Peninsula just west of St. Lawrence. Their mission was to deliver supplies to the American Air and Navy Base in Argentia, NL from Cascoe Bay, Maine. They were caught in a brutal winter storm, and along the way they ran aground in Chamber Cove, just outside of St. Lawrence off the province’s Burin Peninsula. When the vessels struck the rocks in the dead of night, citizens from St. Lawrence and the small neighbouring community of Lawn sprung into action to help the sailors reach the shore. 186 sailors were saved but unfortunately 203 souls were lost. The USS Wilkes was fortunate to self-rescue and make the trip to Argentia, The USS Truxtun and USS Pollux were smashed to pieces upon the rocks and lost. The USS Truxtun had a compliment of 156 men, 110 lost, 46 saved. The USS Pollux had 233 men on board, 93 lost and 140 saved. This disaster remains one of the largest losses of life in a non-combatant accident.

One surviving sailor was Lanier Philips, an 18-year-old African American man who had grown up in the segregated American south. He was treated with such dignity and respect that it changed his life forever, and he became a staunch advocate and leader in the civil rights movement. Lanier became a great ambassador for the Town of St. Lawrence and spoke often about his life-changing experience in the town. 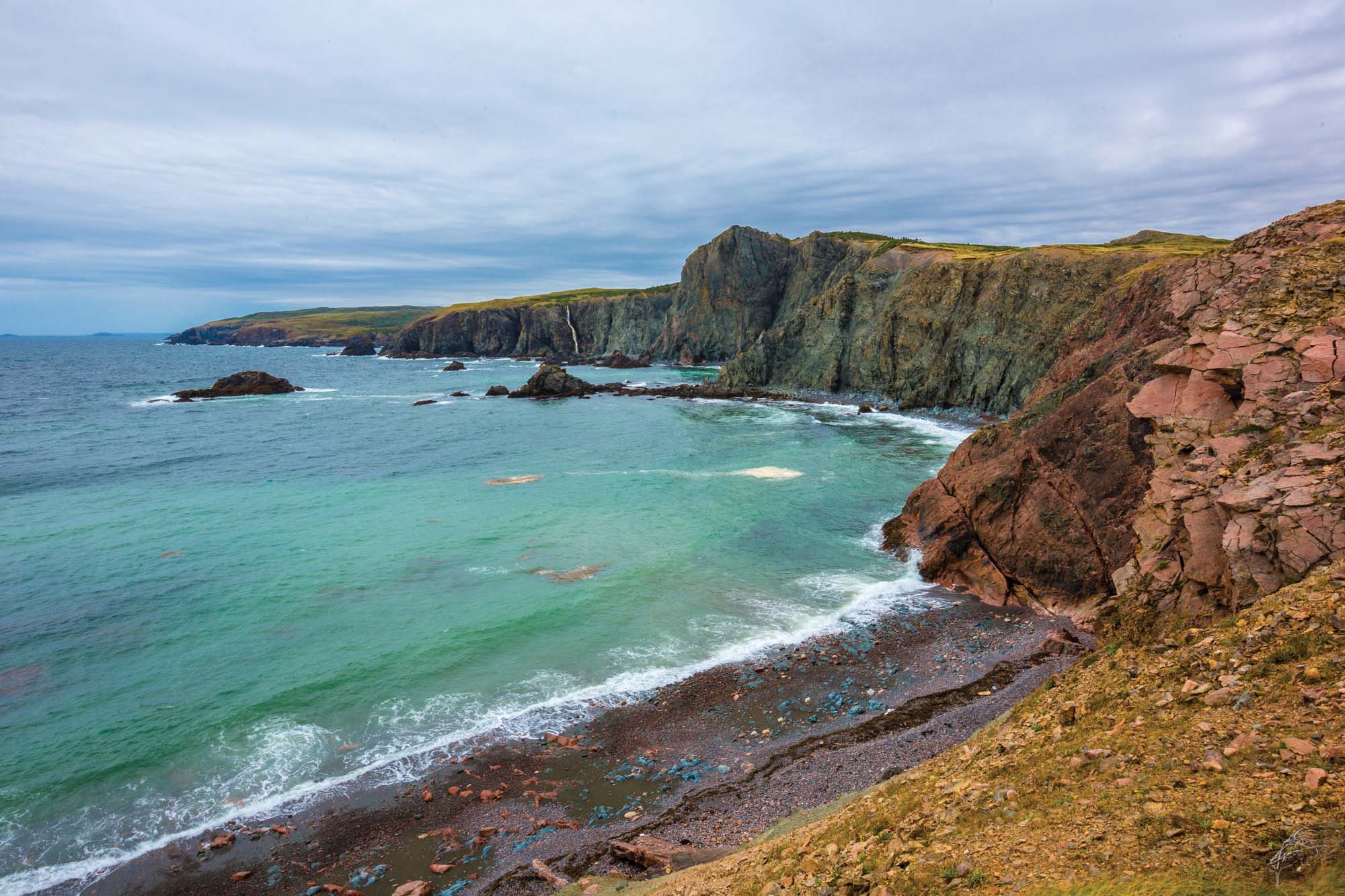 "They changed my way of thinking and it erased all of the hatred within me… Because of that tragedy, I joined up with Dr. [Martin Luther] King. I just had to join up with Dr. King and that's because of the change they did for me in St. Lawrence." Lanier W. Phillips

Travellers to the Burin Peninsula can learn more about the story of the USS Truxtun and USS Pollux through Laurentian Legacy Tours, and learn more about some of the men that participated in the rescue, many of them miners, at the St. Lawrence Miner’s Museum.

On the tip of the Northern Peninsula at Big Brook, you’ll find the Empire Energy. Originally a German ship called The Grete, when it was built in 1923, it was sold to the Italians in 1932 and renamed Gabbiano, or seagull in English. She was docked in Liverpool in 1940 when Italy declared war on Britain, that’s when she was seized and renamed Empire Energy. While in the waters off Newfoundland she managed to escape a German U-Boat attack, however met her match on the rocks of the Great Northern Peninsula, where she still stands. If you wish to get an up-close-and-personal view of this vessel with a past, you can book a kayaking tour through Heave Away or Hangashore Adventures. 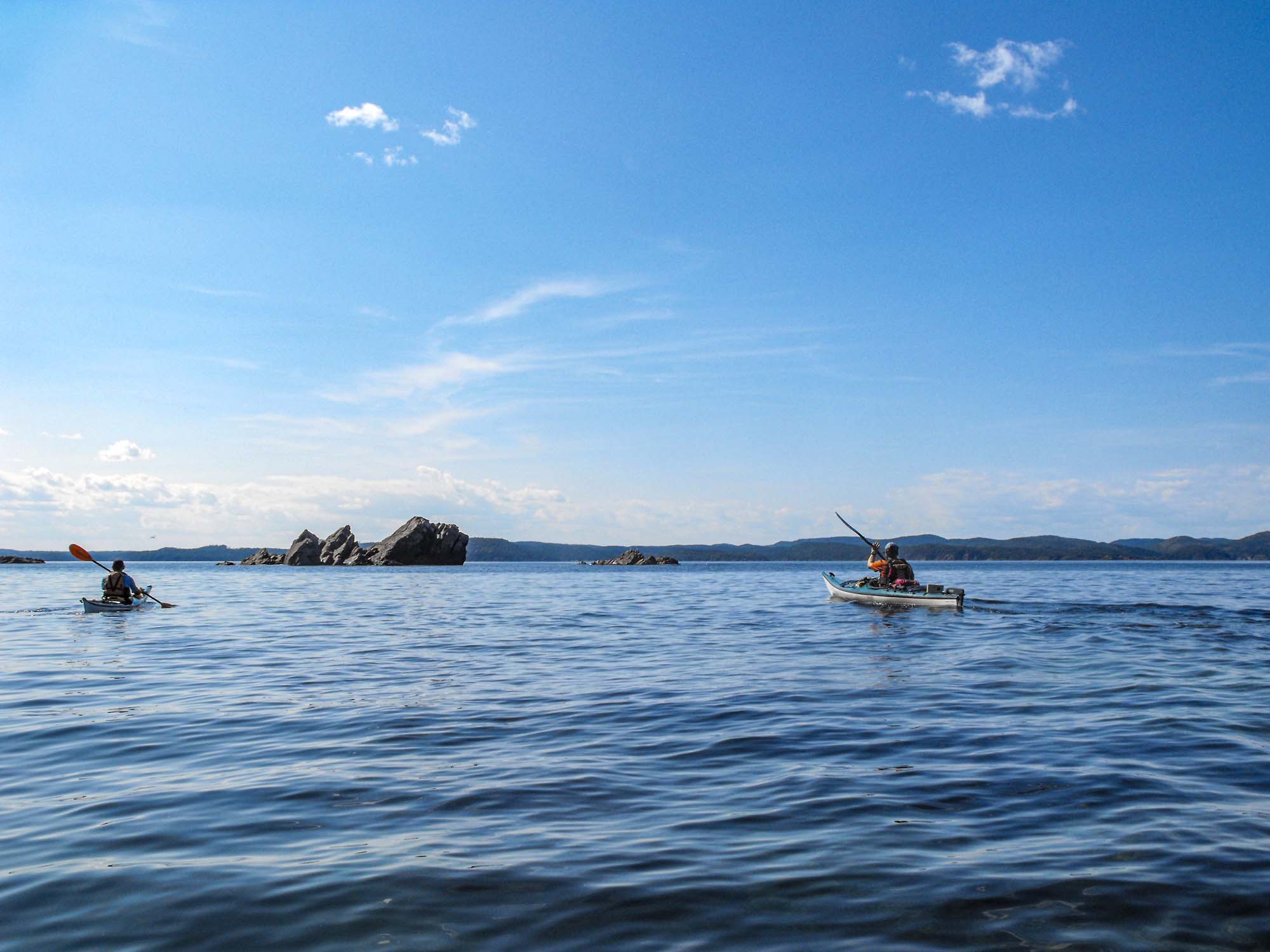 Further down the peninsula, in Gros Morne National Park, SS Ethie was a steamship that was tasked with bringing freight, mail, and passengers up and down the Great Northern Peninsula and the Labrador Strait. On December 11th, 1919, the boat was surprised by a gale while making the journey from Daniel’s Harbour to Cow Head. The ship eventually ran aground at Martin’s Point, South of Cow Head. What makes this wreck different than most is that nobody perished. Not a soul aboard her. Largely due to citizens of Martin’s Point, and the crew aboard the SS Ethie, led by the heroic Captain English. From this wreck came one of many longstanding folktales about the Newfoundland dog. Rumour has it that a dog took a mailbag to shore with a very special delivery inside — an infant. This folktale, while intriguing, was later proved false. The baby was saved by the quick thinking of the ship’s young Purser, Walter Young. Each year, the Gros Morne Theatre Festival in Cow Head offers a retelling of this tale in their dinner theatre entitled The Wreck of The SS Ethie. 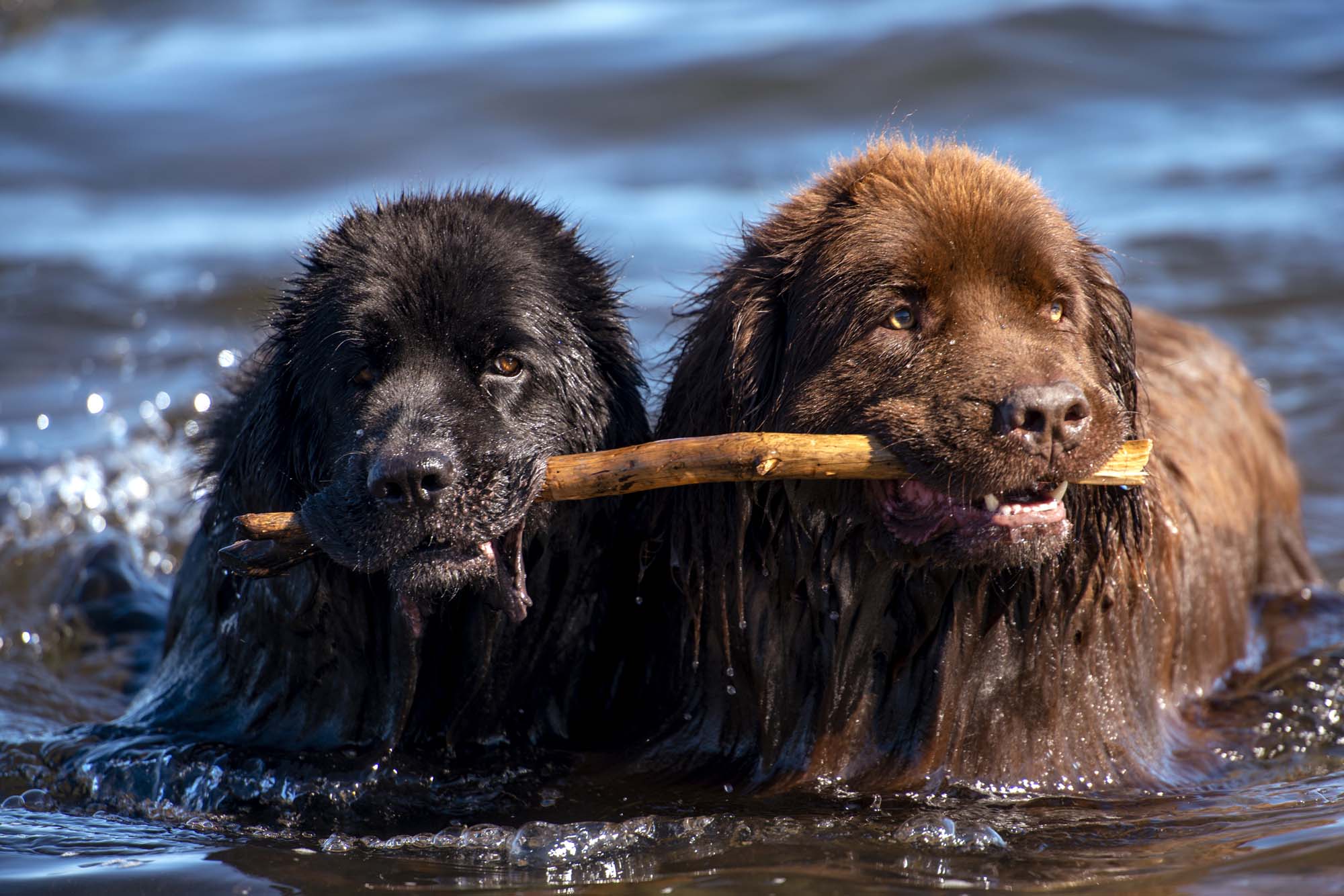 Tales of heroism involving Newfoundland dogs and their owners are nothing new in Newfoundland and Labrador. Back in 1828, Ann Harvey, her family, and their Newfoundland dog Hairyman rescued 163 people from the foundering brig Despatch, after it wrecked on the rocks off of Isle aux Morts. Not to be outdone, ten years later they rescued 25 crewmembers from the Glasgow ship, The Rankin. Each year, Ann is recognized and honoured at the Ann Harvey Days Festival, and the memory of her faithful pooch is alive and well at the local Hairyman Cafe.

The two small French islands of Saint-Pierre et Miquelon can be found just 25 kilometres away from the Burin Peninsula. They too have a storied past of shipwrecks, with over 600 boats meeting their fate on the shores of this French archipelago. Once referred to as the “mouth of hell” by English mariners, the Pointe-Plate lighthouse was a gift from the Queen of England to try and reduce the number of British vessels from finding a new home at the bottom of the North Atlantic. You can learn more about the islands’ history — seafaring or otherwise — by taking the Village and Landscapes Tour by van, or the History and Heritage Tour by foot. No matter the tour, or how you choose to take it in, you won’t be disappointed by what you discover.

The Wreck Felt ‘Round The World

Perhaps the most infamous shipwreck in our history came on April 14, 1912. That’s when a distress signal came to a remote Marconi wireless station situated in Cape Race at the tip of the Avalon Peninsula. The ship in distress was none other than the RMS Titanic. Largely considered “unsinkable” by those that designed and built her, this immense luxury vessel soon discovered that it was no match with the mammoth icebergs that dot the waters surrounding the province. You can learn more about our history with the RMS Titanic at Cape Race National Historic Site. 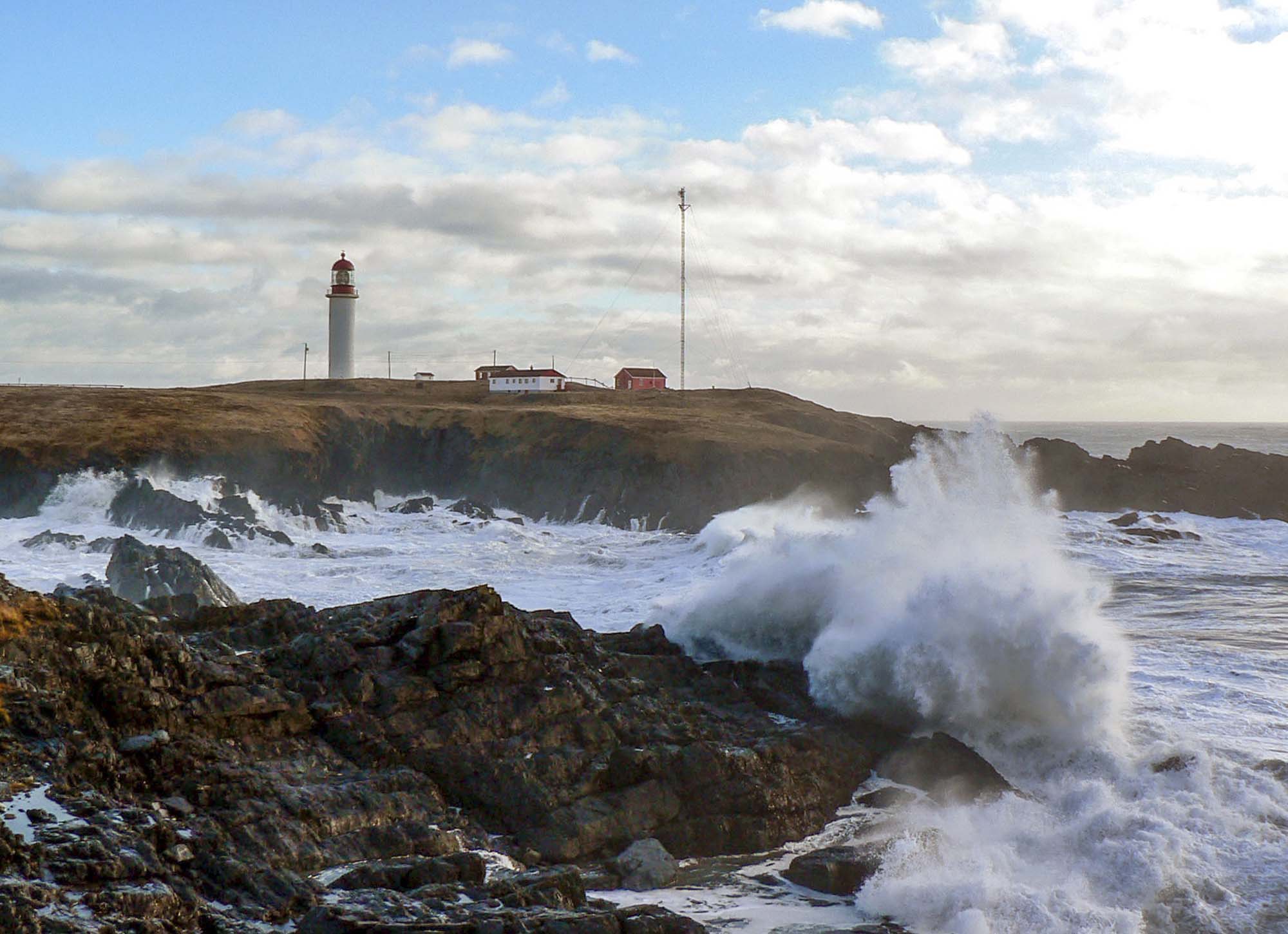 This is just a small sample of the stories you’ll find here about our nautical history. Every shipwreck tells a story. Some tell hundreds of stories. But their memories are forever embedded in the Atlantic Ocean they now call home. Each of them waiting patiently between the waves for a chance to be told.