Learn More
History, friendliness, and steadfast authenticity are woven into every aspect of the Trinity area. The town offers beautifully restored fishing rooms and saltbox houses, accommodations in historic buildings, and top-rated dining experiences. Nearby you’ll get a chance to hike along the coast on one of the province’s most popular trails. Or take a boat tour and see some of our breathtaking coastline from a different perspective as you watch for whales, birds, and icebergs.

Houses, museums, art galleries, and other historic buildings preserved from the 19th century fill Trinity and its surrounding communities. Find your way using old-fashioned street signage marked in calligraphy, watch a blacksmith at work, and visit the Cooperage to learn about barrel making. You can tour the filming locations of The Shipping News and Random Passage, and rest atop a cliff and look out over the ocean, as did Kevin Spacey, Julianne Moore, and Dame Judi Dench.

At the New Founde Lande Trinity Pageant, you’ll step back in time to the 1700s. On this scenic walking tour, local actors and singers from Rising Tide Theatre give you a glimpse of the daily lives, traditions, and hardships of our forefathers. You will wander through the historic merchant buildings, churches, homes, and cemeteries of Trinity.

Each year, the theatre company stages the Seasons in the Bight festival, bringing to the stage a new season of plays, dinner theatre, and concerts that focus on the inspiring stories that make this province unique.

Over the years, Trinity has become a culinary destination, shaped by the availability of fresh produce from kitchen gardens and greenhouses, local berries, and fish and seafood in season. Dine at top restaurants such as the Twine Loft at the Artisan Inn, or Fishers' Loft in the nearby community of Port Rexton.

Explore Along the Coast

Follow hiking trails that bring you to rolling granite slopes and spectacular beaches. The Skerwink Trail is one of the province’s best-loved hikes; the trail winds a 5.3-kilometre circle around Skerwink Head near Port Rexton and Trinity East. Along the way you’ll catch glimpses of sea stacks, seabirds and whales, beaches and bergs, as well as caves and arches.

Watch for one of the many playful whales that visit the area, or the dozens of species of birds. If you time it just right, you could even catch a glimpse of a spectacular iceberg.

Exploring Eastern Newfoundland, one hike at a time

Newfoundland and Labrador is a province made for outdoor adventure. In a place with miles of stunning coastline, a variety of wildlife on display, and plenty of well-maintained trails suitable for all abilities, why wouldn’t you want to get out and explore? With so much to see, you might have trouble deciding where to start. That’s why we’ve created this list of four must-do hikes in Eastern Newfoundland, so lace up your boots and get ready to hit the trails!
Continue Reading 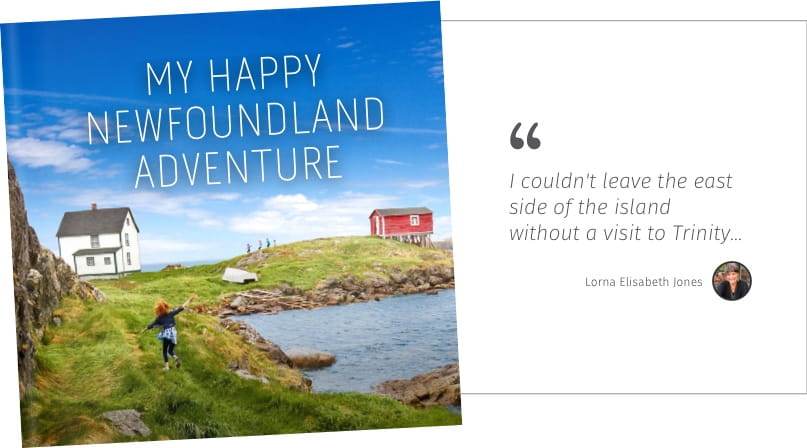 We're open as of July 1 to travellers from across Canada! All travellers must submit a Travel Form up to 72 hours prior to arrival in Newfoundland and Labrador, and follow COVID-19 travel guidelines.