Learn More
If you stand here, your back to the sea, the entire population of North America stretches out in front of you. And there’s nothing behind you until Ireland.

Perched on a rugged cliff, at our continent’s most easterly point, sits Cape Spear Lighthouse – the oldest surviving lighthouse in the province, a National Historic Site, and an iconic symbol of Newfoundland and Labrador's marine history.

Constructed in 1836, Cape Spear Lighthouse is a striking example of the unique lighthouse architecture of the period. Rising up from the centre of the square lightkeeper’s residence, the all-important light was a beacon of safe passage until 1955, when a new lighthouse tower was built nearby, using the original light.

The human history of Cape Spear Lighthouse is the story of the Cantwells. For over 150 years, generations of this famous family of lightkeepers resided at Cape Spear and worked tirelessly to maintain a light so vital to mariners. Step inside the restored lighthouse and discover the lifestyle of a 19th-century lighthouse keeper.
Journey back in time and explore the remnants of the World War II coastal defence battery – Fort Cape Spear. Walk in the footsteps of Canadian and American soldiers as they guarded St. John's from lurking German U-boats.

For the naturalist, Cape Spear will overload your senses with ocean vistas of crashing waves, feeding whales, and majestic icebergs. The site also provides an entry point to the breathtaking East Coast Trail.

Getting to Cape Spear

If so, hop in your car and take the winding, twisting road out of St. John's proper. Your destination is just kilometres away but it feels like you’re at the edge of the earth. Arrive to hear seabirds cawing on the wind that whips off the ocean. Here you're as close as you can get to the shores of England and Ireland without getting wet. A stones throw away? Maybe, but you'd need a strong arm. If there was ever a place to attempt the feat, though, this would be it. Welcome to Cape Spear, the easternmost point in North America and home every morning to the first sunrise on the continent.
Continue Reading 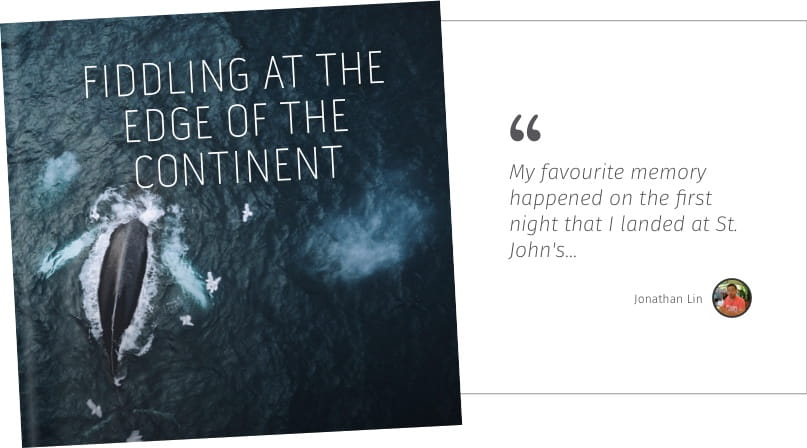