If so, hop in your car and take the winding, twisting road out of St. John's proper. Your destination is just kilometres away but it feels like you’re at the edge of the earth. Arrive to hear seabirds cawing on the wind that whips off the ocean. Here you're as close as you can get to the shores of England and Ireland without getting wet. A stones throw away? Maybe, but you'd need a strong arm. If there was ever a place to attempt the feat, though, this would be it. Welcome to Cape Spear, the easternmost point in North America and home every morning to the first sunrise on the continent.

Near the cliffs edge, turn to face the ocean with your back to the rest of the world, and you feel the sky changing. A reddish light begins to peek up over the horizon. And as the curve of a golden disc slowly starts to appear you know you're about to see it. A sunrise that could make a morning person out of just about anyone. 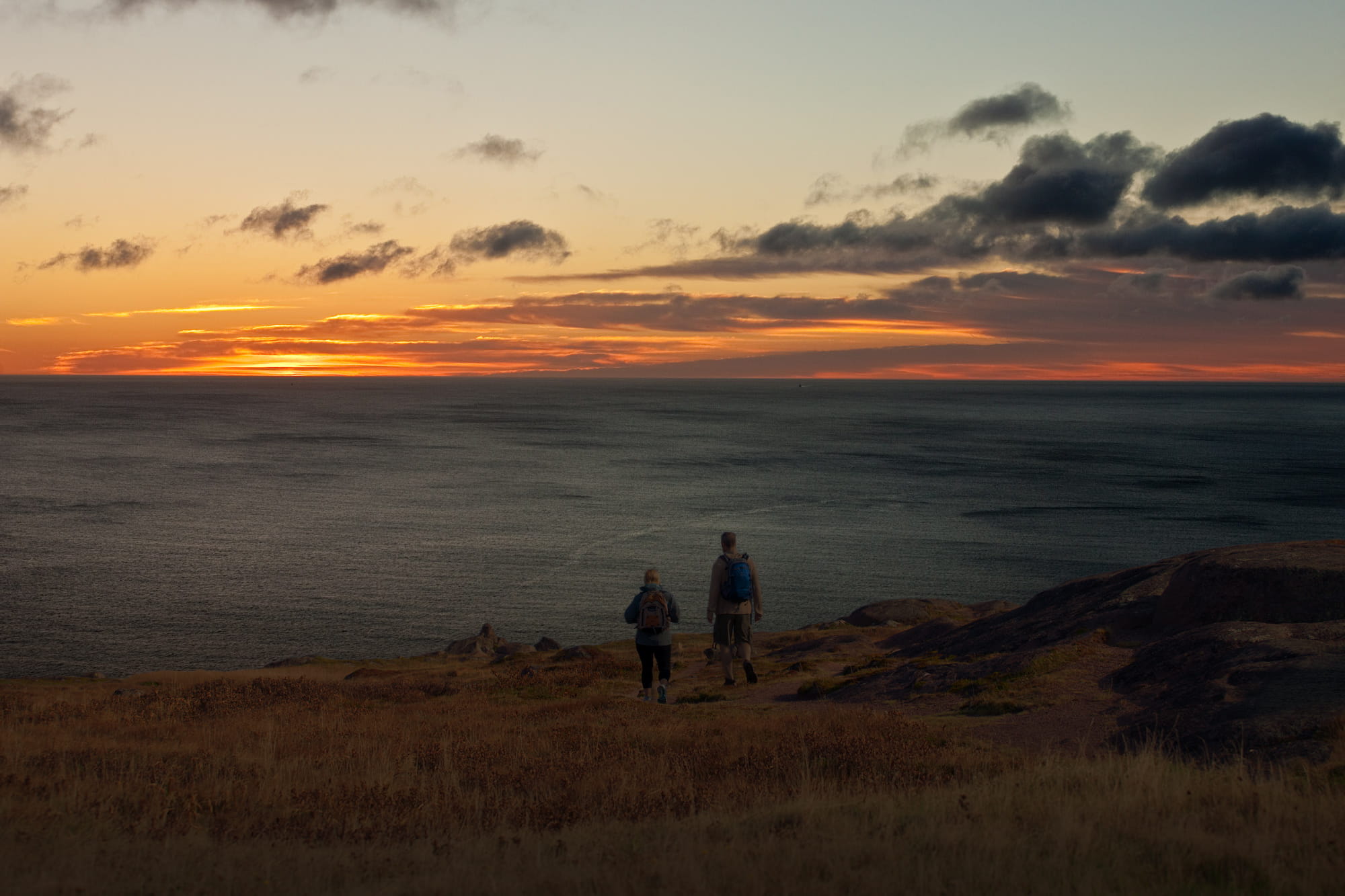 It's our geographic position, jutting out into the North Atlantic that gives us the honour of receiving the sun first before anyone else on the continent. And with it comes a half-hour off-kilter time zone and, some would say, an extra half hour in the morning.

It's safe to say, though, that firsts are nothing unusual around here. Suffice it to say, as one of the oldest cities in North America, we’ve seen more than our fair share in the last 500 years. To name a few:

We were the first to respond to the RMS Titanic's distress signal that fateful night in 1912.

The first non-stop transatlantic flight took off from St. John's in 1919.

And wireless communication was received here first when the letter S was transmitted from Cornwall, England to Signal Hill, St. John's.

As monumental as these historical moments may be, if you find yourself standing here at the edge of the continent at first morning light, you’ll likely be a little preoccupied. As those first golden rays streak the sky and light up the land, you can just tell it's one of those special moments. It's a notch in your belt, a check off your list, a moment you could even brag about. Or maybe you'll just savour it quietly, knowing that this may not be your first sunrise but it just might be the most memorable. And given that the average person sees 30,000 sunrises in their lifetime, that's quite the feat.

A visit to this place begs a simple question. Where better to begin the day than where the day begins?

Once you've taken in a sunrise unlike any other, be sure to check out the Cape Spear Lighthouse, a National Historic Site and the oldest surviving structure of its kind in Newfoundland and Labrador.