As you cross the island portion of Newfoundland and Labrador, you will encounter a stretch of highway that passes through a breathtaking stand of tall birch trees, followed by a stone fence, proclaiming “Welcome to Scenic Green Bay.”

From here, two routes will take you off the beaten path to discover experiences on a grand scale: Green Bay, which includes highlights from Springdale to King’s Point and everything in between; and Green Bay South (the Beothuk Trail), which stretches from South Brook to Brighton, with plenty to explore along the way.

Amongst the area’s many highlights, the entire Green Bay area plays host to a parade of southward-bound 10,000-year-old icebergs, carved from the giant glaciers of Greenland. These castles of ice can range in colour from snow white to the deepest aquamarines and can be viewed from the shoreline throughout these coastal communities.

Whales are no strangers to Green Bay either, and there are plenty of opportunities for whale watching in the area—whether by boat or by coastal trail (and sometimes even just from a dockside restaurant).

Here are some other things you can expect to find in scenic Green Bay.

Starting in Springdale, hike the Indian River Walking Trail featuring boardwalks and interpretive signage that will lead you on your exploration of the river estuary. Be sure to bring your binoculars to help with bird sightings and your camera to capture some of these fantastic views, not the least of which is the waterfall and adjoining salmon ladder at trails end. Indian River itself is popular for salmon fishing, but if you’re visiting from out of province you’ll need a guide. Springdale is also home to Glassy Beach, a hidden gem at the far end of Springdale. Take the dirt road out of town until you come to a cryptic sign declaring “Bowers 136136.” Here, you'll find a 140-meter-long trail from the road to the beach, a small inlet covered almost entirely in smooth, wave-washed fragments of broken sea glass. It has to be seen to be believed.

Join local tour operators for guided hikes and picnics around the area, and try your hand at curing smoked salmon or learning the basics of wilderness cooking. For some backcountry adventure, try a snowmobile or an ATV tour.

While you’re here, hop onboard a jet boat and tour all of Green Bay’s nooks and crannies where in addition to looking for icebergs and whales you can visit abandoned fishing settlements, or enjoy a boil up on the beach.

In King’s Point, you'll encounter a studio decorated with starfish. This is the home of King's Point Pottery where local artisans create amazing works of award-winning art. Even the building is a thing of beauty: the beams supporting the gallery deck are carved from trees, their branches forming an intricate railing. Here you can purchase unique pottery along with diverse works from numerous artists, and sometimes you’ll get to see renown potters offering demonstrations. You’ll also find a Dolphin Skeleton Reconstruction on display here. 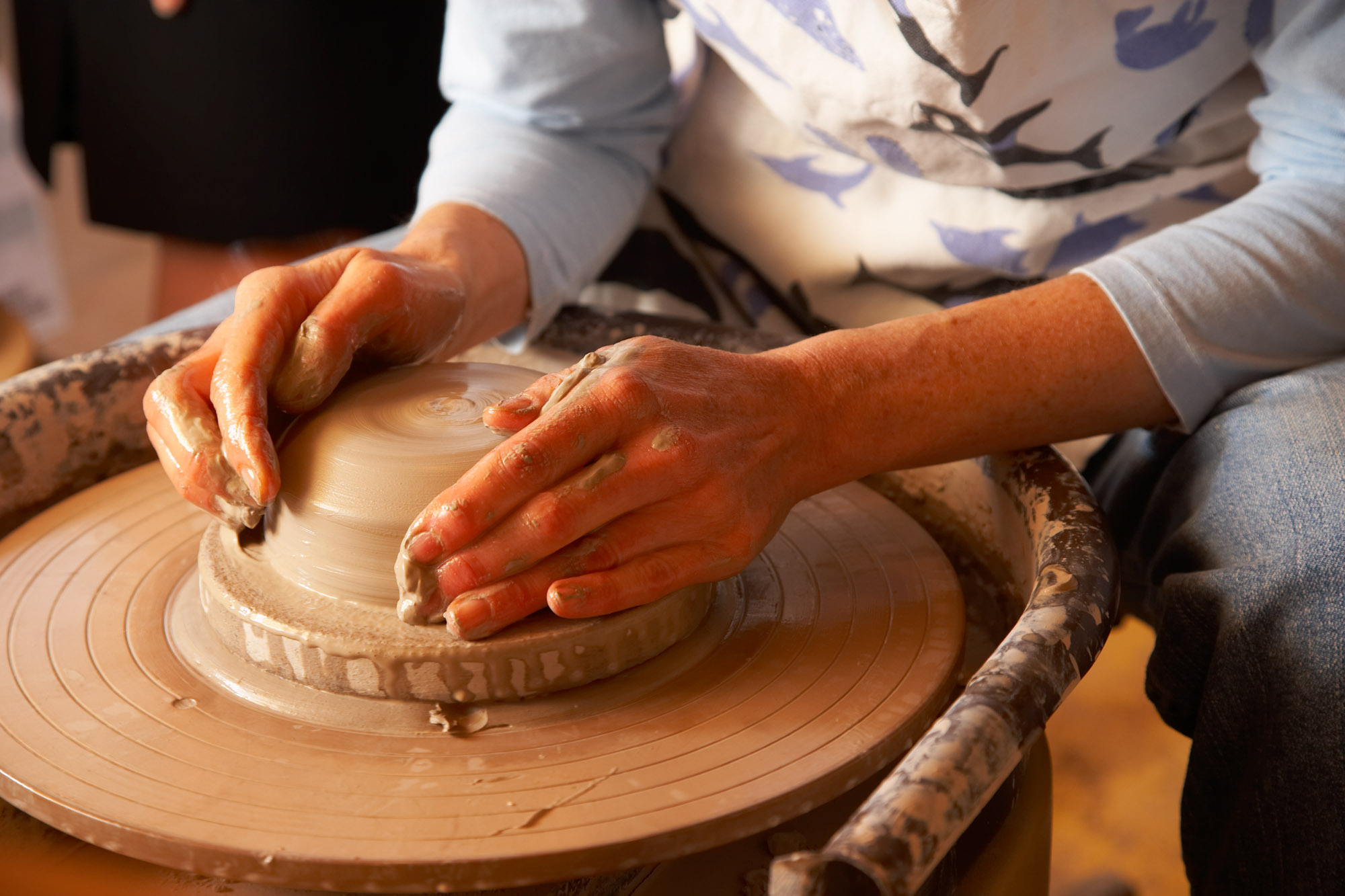 Nearby, the Dr. Jon Lien Whale Pavilion is an interpretive site featuring interactive information on anything you'd like to know about these incredible sea creatures. The focal point of the pavilion, however, is a reconstructed 52-foot humpback whale skeleton, one of the largest in the world. The entire skeleton was procured by local volunteers, and you’ll learn more about the entire community’s involvement here. This breathtaking display is a must-see. 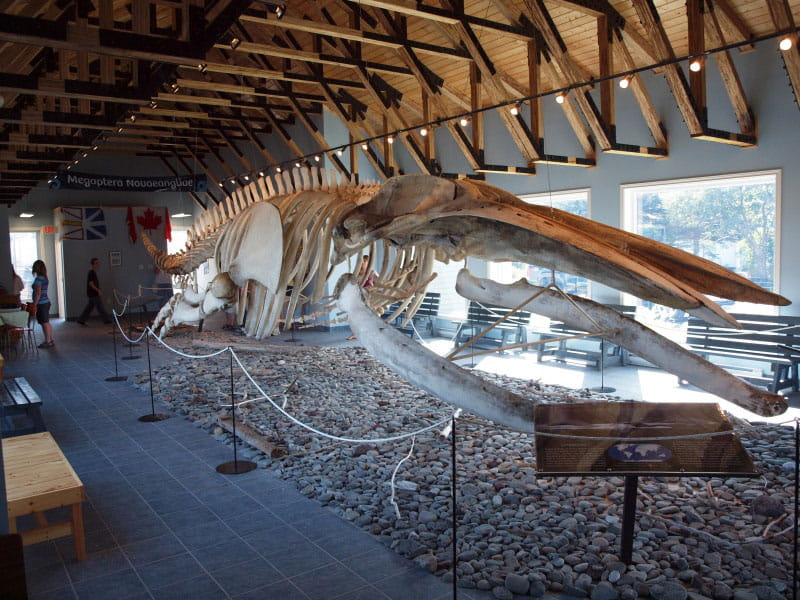 The King’s Point Heritage House is also worth checking out if you find yourself in the area. The museum itself was the project of the local heritage society and lives in a 100-year-old house. Now that King’s Point has completely beguiled you with its charms, spend some time shopping for craft souvenirs or stop for lunch at one of the waterfront dining areas.

Cruise the waters of Green Bay’s Southwest Arm, watching out for eagles soaring over cliffs, icebergs drifting along, and whales frolicking around your tour boat. And if it’s storytelling you’re after, you can be certain that the skipper knows how to spin a few tales.

An avid hiker can’t leave King’s Point without hiking the Alexander Murray Hiking Trail, named for the first director of the Geological Survey of Newfoundland and an ardent fan of this area. And this trail features views that he wrote about over a century ago. A feat of construction (there are 2,200 steps up and down), you will hike through diverse scenery, overlooking vertical cliffs, lofty valleys and lush forests. Well marked, this hike covers 8.5 kilometres and will take 3 to 4 hours to complete, forming a loop with minimal backtracking. If you hike the main trail, be sure to include the various offshoots where you'll find impressive waterfalls and even a swimming hole. And be sure to start early so you’ll have enough time to stop for a picnic at the summit lookout, providing scenic vistas in all directions. 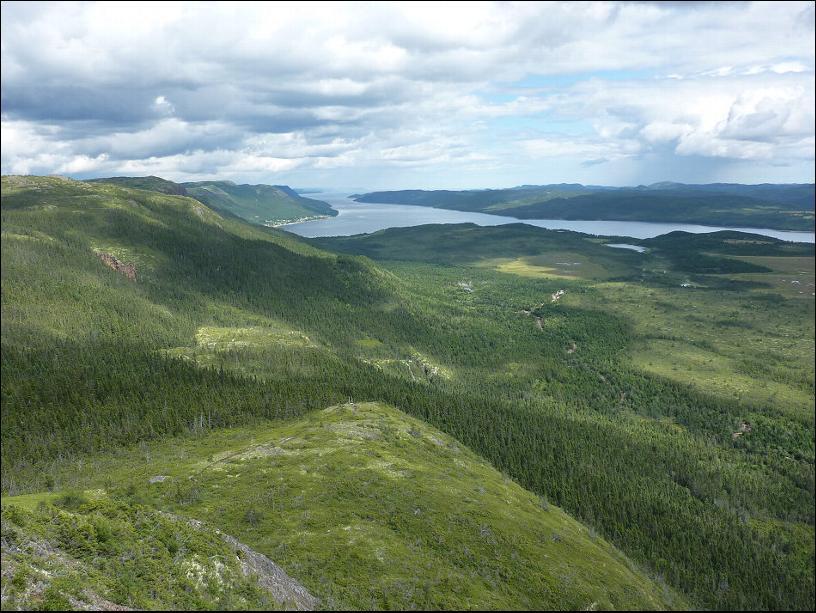 Further north on Route 391, the Ocean View Walking Trail in Jackson’s Cove is the perfect 5-kilometre trek to see whales, along with other wildlife like eagles and seals. There’s also a sea arch enroute. Nearby is the curiously named Nickey’s Nose Cove, known for its notorious sunsets and for being one of the first places where the capelin rolls each year.

When it’s time to explore Green Bay South/Beothuk Trail, start with the Hazelnut Hiking and Adventure Trail in Robert’s Arm. The hills are particularly luminous in the fall, but the route is beautiful year-round. Walk across the stunning George Baker Bridge and then make your way to the top of the hill lookout. See if you can find Cressie, the famed lake monster that lives in Crescent Lake.

Next up, it’s scenic Pilley’s Island with its flawless waterfront views. This community is home to the Bumblebee Bight Brewery—the area’s first craft brewery. There are several rotating beers on tap here, including sour beers brewed with local berries. Top off a busy day of hiking and adventuring with a tall pint and a wood-fired pizza.

For a dose of history, head to the Pilley’s Island Heritage Museum to learn about the small island’s big history. The mining of pyrite began here in 1887, which eventually created a brief boomtown with six merchant establishments, a courthouse, and other services for much of Western Notre Dame Bay.

Get even further off the beaten trail by taking a short ferry ride from Pilley’s Island to Long Island, where you’ll have coastal trails and lookouts all to yourself.

Or you could go straight from Pilley’s Island to Triton, a place where humpbacks have been known to hang out close to shore. Take a guided tour of the Triton Sperm Whale Pavilion and see the 13-meter Sperm Whale skeleton, and learn about the 12-foot giant squid that once washed up onshore in Badger Bay. While in Triton, take to the sea with a local tour operator. See icebergs, whales, waterfalls, ship wrecks, mussel farms and a sea cave called Nanny's Hole. Depending on the season try hauling fishing pots, jigging cod, and scooping capelin. 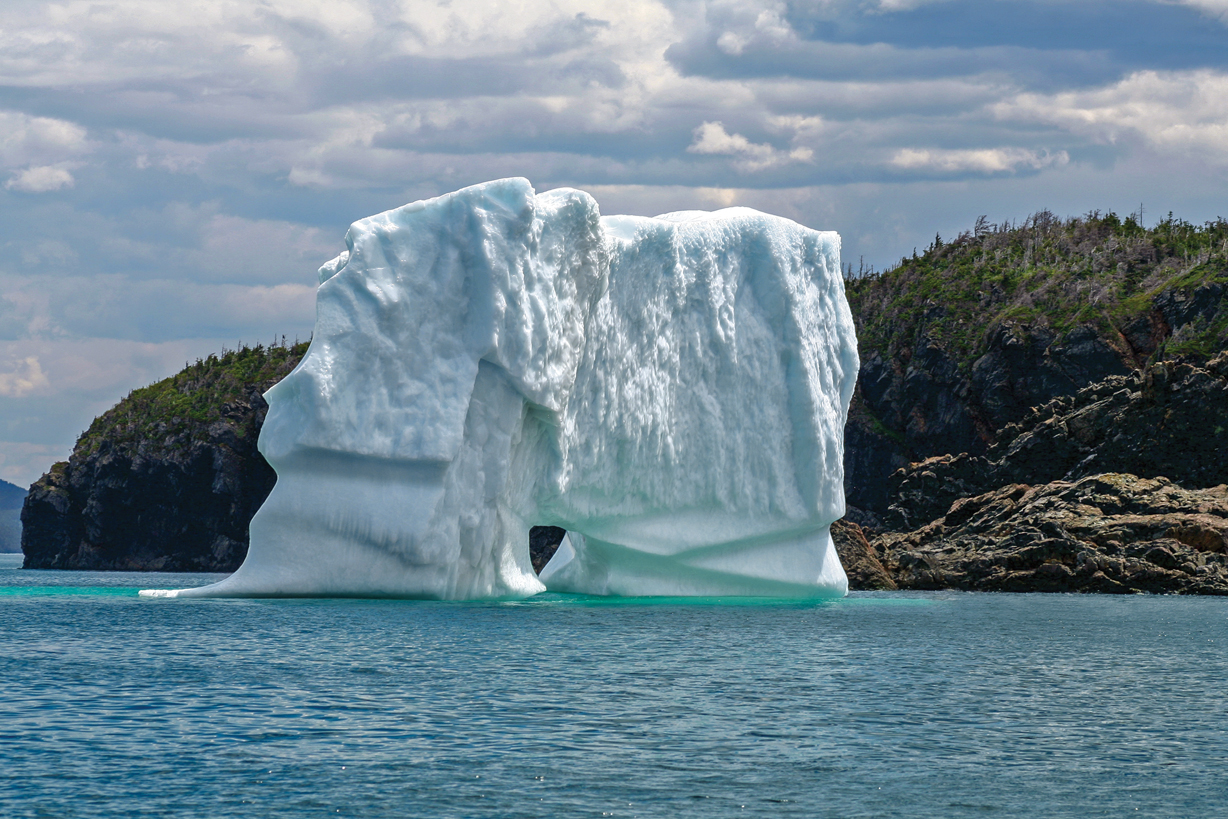 During iceberg season, it's not uncommon to see these glacial giants around Triton

Don’t have your sea legs yet? Hit the Maple Ridge Hiking Trail. Five kilometres of coastal terrain awaits, but tack on some extra time to enjoy the outdoor pool, boat launch, and public pier area.

This little corner of the province is a place where the quiets are quieter, the greens are a little greener, and the brights are a little brighter.

For more things to do and see and places to stay, check out the Plan and Book section of our website.