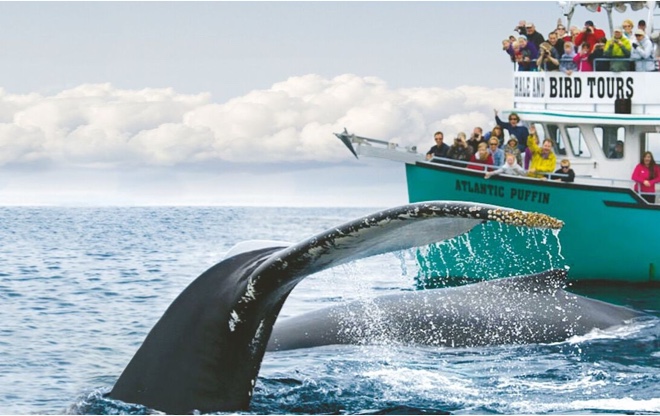 Take a boat tour to the Witless Bay Ecological Reserve to see birds and whales.

South of St. John’s, a short drive on Route 10 takes you to the whale and seabird tours that operate in the Witless Bay Ecological Reserve, with boats leaving from Bay Bulls, Witless Bay, and Mobile. Thousands of humpback and minke whales stop by to feed, and the plentiful food has attracted millions and millions of seabirds to the reserve’s four islands. Most years, 10,000-year-old icebergs drift past, making for an incredible triple natural threat found nowhere else.

Long before the modern era brought cars into common use, people often travelled between communities along coastal trails. That history inspired development of the East Coast Trail stretching from Topsail to Cape St. Francis on the Killick Coast to Cappahayden on the Irish Loop. The trail offers a range of wilderness hiking and walking paths from easy to strenuous. Hike past geographical wonders such as towering cliffs, fjords, sea stacks, rock arches, and a wave-driven freshwater geyser called The Spout. Headlands offer spectacular views of our coastline and wildlife. Even the manmade elements, like the impressive suspension bridge at La Manche, complement the landscape perfectly.

If you’d like to thru-hike the East Coast Trail, you can use a local hiking tour operator to arrange accommodation, transportation between trail heads, luggage transfer, and meals.

This route is rife with song and storytelling – much of which is influenced by the area’s strong Irish heritage (hence, the Irish Loop). Join a kitchen party in a traditional outport home at Sullivan’s Songhouse in Calvert. 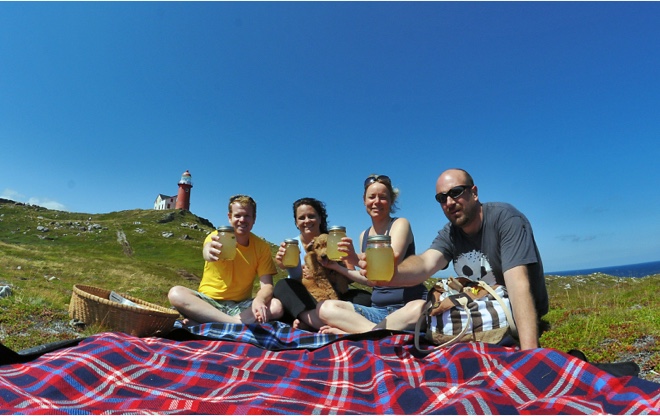 Stop by the Ferryland lighthouse for a delicious picnic of homemade delicacies and fresh lemonade. (Image Credit: Ron Hann)

Ferryland is one of the oldest European settlements in North America. The Colony of Avalon, as it was named, was founded in the 1620s by Lord Baltimore, whose family later founded the American colony of Maryland. Peer over the shoulders of working archaeologists as they uncover the foundations of houses and a cobblestone street built in the 17th century. The town’s famous lighthouse is home to Lighthouse Picnics, who will provide you with a delicious picnic of homemade delicacies and fresh lemonade. Sit in the grass and watch for whales, seabirds, and icebergs to pass by.

Cape Race was one of the first points of land in the New World observed by westward-bound sailors, and it was a treacherous one, taking literally hundreds of ships to their doom. A lighthouse was built there in 1856 and tended by the Myrick family from 1874 onwards. The nearby wireless station received and transmitted the distress signal from RMS Titanic in 1912. 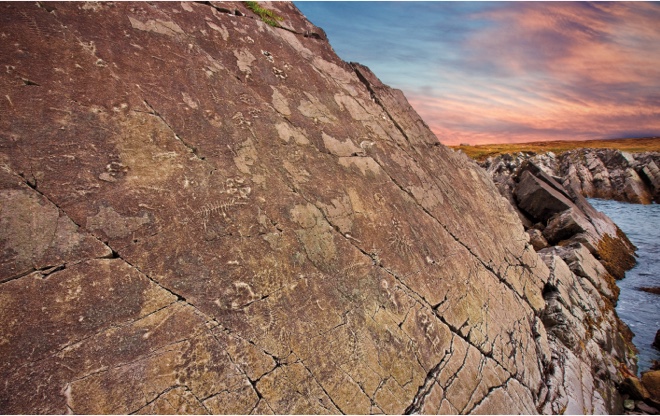 The UNESCO World Heritage Site at Mistaken Point showcases rare fossils from 575 million years ago that show the oldest-known fossils of complex multicellular life on the planet. The visitor centre in Portugal Cove South has displays on all three attractions, but if you book ahead, you can also take a guided hike with an interpreter to see the fossil site up close.

In 1928, Amelia Earhart became the first woman to fly the Atlantic as a passenger when she took off from Trepassey. While in the area listen to tales of fairies, pirates, and battles at The Edge of the Avalon Inn.

Route 10 becomes Route 90 at Holyrood Pond as the Irish Loop continues north to Route 1 along Salmonier Line. Watch for whales along the shore near St. Vincent’s, where they come so close to shore you can literally smell their breath. Stop by the Salmonier Nature Park, where injured native animals are rehabilitated, after which some stay to make it their permanent home.