Learn More
Imagine yourself seated on a patch of long grass, looking out over the pristine waters of the Atlantic Ocean. Fishing boats bounce softly over the waves as the light from the setting sun reflects off the side of a 10,000-year-old iceberg. This is just a tiny piece of the beauty you will experience in Twillingate.

Twillingate embodies everything so many Newfoundland and Labrador outports are famous for: stunningly rugged coastline, historical, picturesque streets, and lush countryside roads. In the waters off the coast, look for whales, dolphins, harp seals, seabirds, and – if the season is right – icebergs. Twillingate is one of the stops along Iceberg Alley, a vast corridor of ocean that runs from Greenland and a popular path for these frozen leviathans. One of the best places to view all these sights is at Long Point Lighthouse, which looks out over the distant reaches of Notre Dame Bay. Take a boat expedition and witness whales breaching and playing just metres away from you.

Walk through winding laneways and past the colourful houses standing proudly on the shore. Jump from rock to rock over rivers full of tiny fish. Twillingate offers a wide range of scenic walking trails and hiking tours.

Spend time at the Twillingate museum, located in the former Anglican Rectory, and see how the wealthy lived at the turn of the century. Absorb the town's long history. Learn the story of Georgina Stirling, the town's most famous resident, a world-renowned opera singer who toured throughout the 1890s.

During the summer months, there are live performances almost every night including kitchen parties, traditional music sessions and dinner theatre. Be sure to head to the annual Fish, Fun and Folk Festival during the last weekend of July. Join the excitement of scavenger hunts, parades, bonfires, fireworks, concerts, and so much more.

Twillingate is located at the tip of The Kittiwake Coast: Road to the Isles on Route 340. It is 116 kilometres or 1½ hours from Gander International Airport. 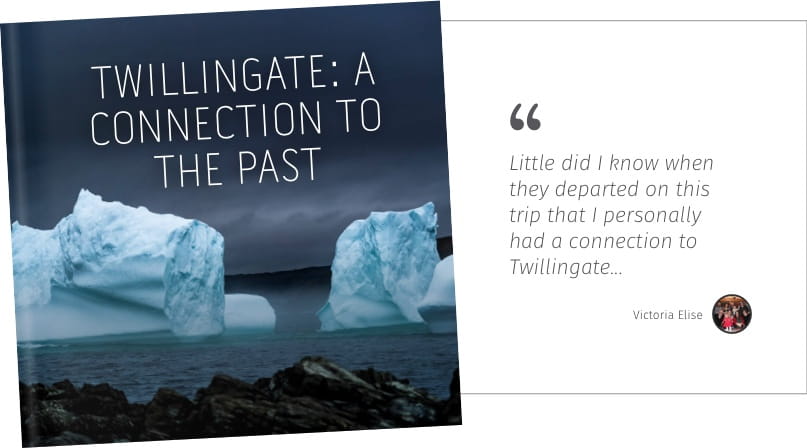