Learn More
When Italian explorer Giovanni Caboto (or John Cabot as he is locally known) first set eyes on North America in 1497, his first words were “O buono vista!” When translated into English, this phrase means “Oh happy sight!”, which is certainly fitting for what would become the town of Bonavista, the historic site of Cabot's landing.

At the Dungeon, the cliffs drop away into a mammoth sinkhole with two seaward channels, the result of years of ocean erosion. In fact, throughout the peninsula the ancient past is recorded in the land and seascapes. Download the Bonavista! Geological Tour app (iPhone and Android) for a driving tour that highlights the geology of the region.

At the harbour, step inside a full-scale replica of Matthew, Cabot’s ship, and imagine how the explorer felt on his epic voyage to North America.

Catch a glimpse of 10,000-year-old icebergs from the top of the Cape Bonavista Lighthouse Provincial Historic Site, and gaze over the horizon where lightkeepers have stood watch since the 1840s. If you look close enough, you might catch a glimpse of a puffin nesting ground just behind the lighthouse or a humpback whale. Now, if that doesn’t brighten up your day, nothing will.

On the waterfront, the Ryan Premises National Historic Site and the Bonavista Museum bring to life the salt fish trade – the cornerstone of Newfoundland and Labrador's economy for centuries. The nearby Mockbeggar Plantation Provincial Historic Site tells a story of the battle for Confederation.

Bonavista is located on the island of Newfoundland on the Discovery Trail, Route 230, just 3 hours from both the Argentia ferry and the town of Gander, and 3½ hours from the capital city of St. John's.

Newfoundland is not only scenically stunning, but it’s also a place full of natural wonders. Here within, some notable natural landscapes you can explore when visiting our beautiful province:
Continue Reading 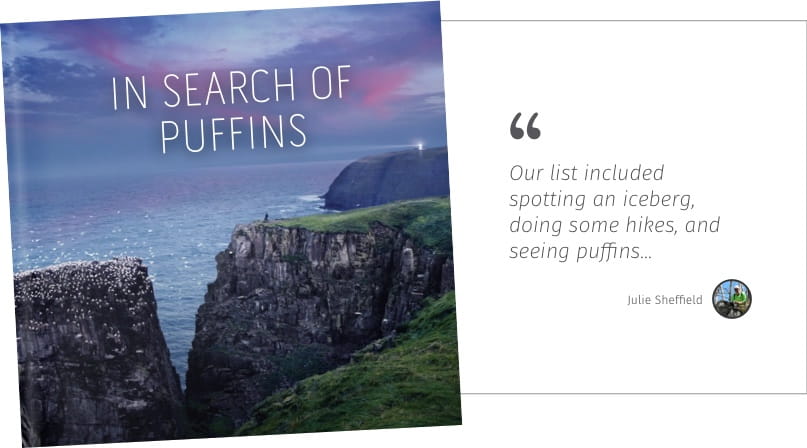