The Haunting of Julie's Harbour

Newfoundland and Labrador’s outports are known for their rugged, coastal scenery, and warm, welcoming people. The kettle is always on and there is always a friendly face to greet you. Everybody feels part of the community, and life seems to work at a slow, comfortable pace.

Such is the way in the community of Triton, located in Green Bay South in Central Newfoundland. Dig a little deeper, however, and you’ll discover stories of the paranormal. Skipper Mike Roberts of Badger Bay Boat Tours knows all about those stories that come from the nearby resettled community of Julie’s Harbour.

The only way to get there is by boat, snowmobile, or ATV...which means it’s also the only way to leave if you encounter something spooky.

Skipper Mike insists the stories are true, and is happy to take you on a trip to Julie’s Harbour. According to him, his son and his friends camp there every year, and they’ve heard plenty of peculiar sounds coming from the woods. 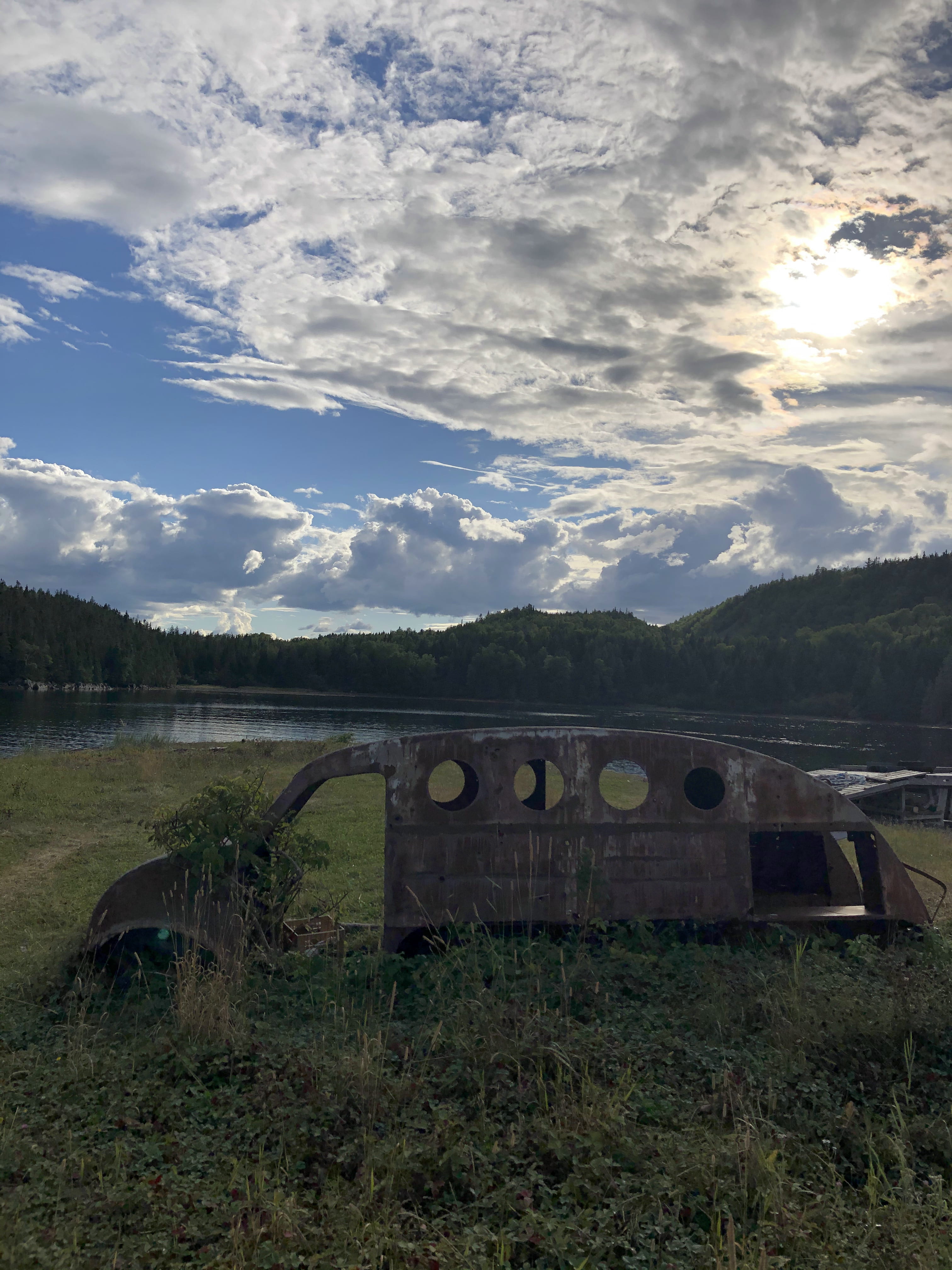 The resettled town of Julie's Harbour, near Triton. Photo courtesy of Matt Molloy.

Standing in that resettled community, you can listen to the nothingness. The silence is profound. Julie’s Harbour used to be known as St. Augustine’s back in the 1800's, and this is when the earliest haunted tales begin. One day, a young woman named Julie drowned in what is now known as Julie’s Harbour Pond. How she died is unknown, but after her death, the community was renamed Julie’s Harbour to honour her memory—and her spirit has been felt there ever since.

You may arrive in Julie’s Harbour under a bright blue sky. At first glance, Julie’s Harbour looks like your ideal getaway. It’s in a secluded part of Badger Bay and has a beach with ample space to pitch a tent.

As you hike into the woods, out of nowhere, you see a headstone; then another, and another. These are the headstones of entire families—suddenly the quiet that was once pristine and welcoming turns eerie and bone chilling. This graveyard is the only thing that’s left of the original settlement dating back to the 1800's. 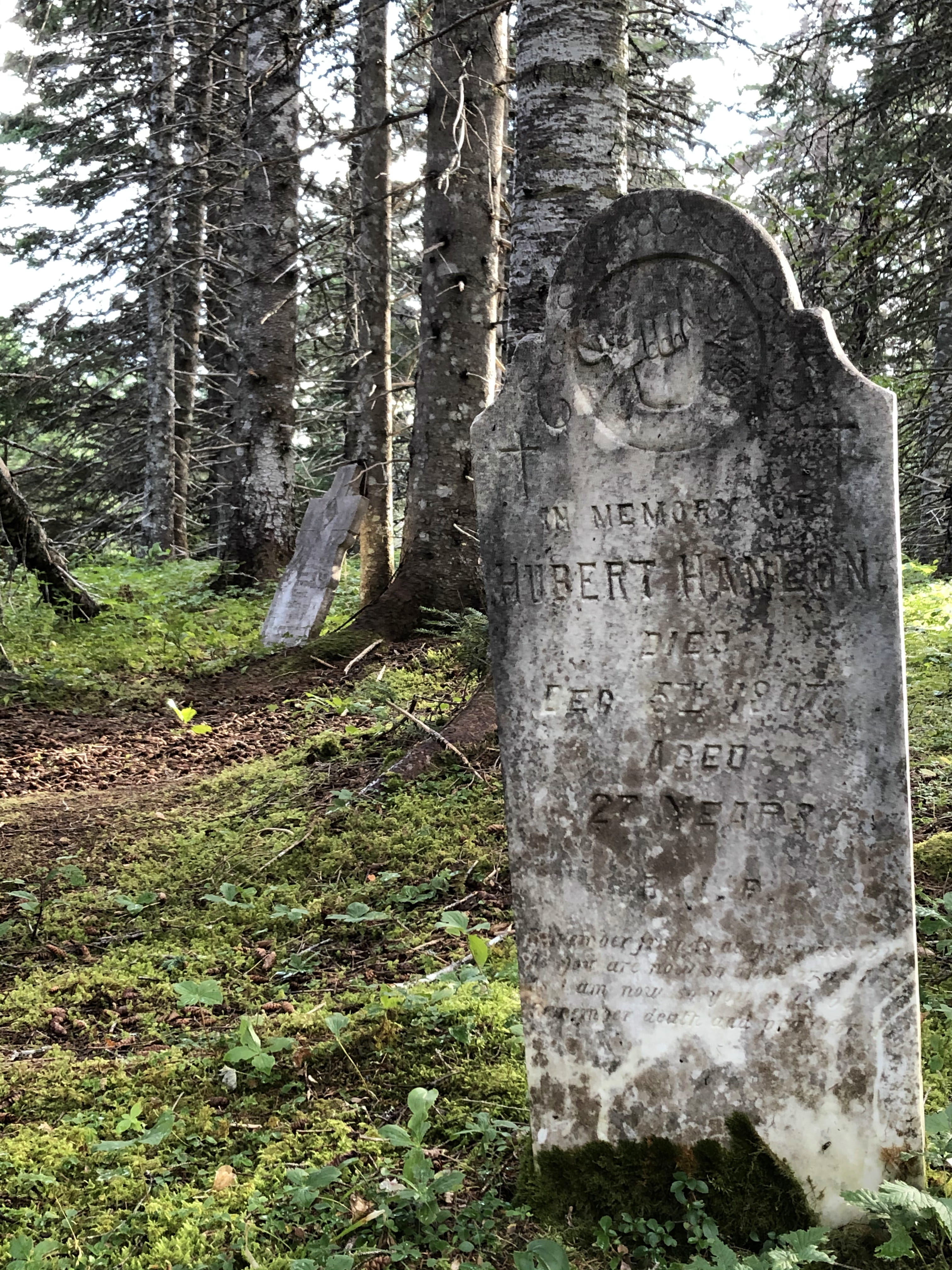 Skipper Mike tells the story of a man from Triton who had a cabin in Julie’s Harbour. During one visit, the man was in his cabin alone when he heard the sounds of children laughing. According to Skipper Mike, the laughter grew so loud and it lasted so long, it drove him from his cabin.

He’s not the only one to hear the children, either. A group of kayakers reportedly set up camp in Julie’s Harbour years ago, only to bail out halfway through the night because they heard children calling from the woods.

Another time, a man who camped out on the beach pulled his boat up out of the water to keep it dry. He heard a ruckus down by the shore all throughout the night, and in the morning woke up to find his boat half-filled with water. 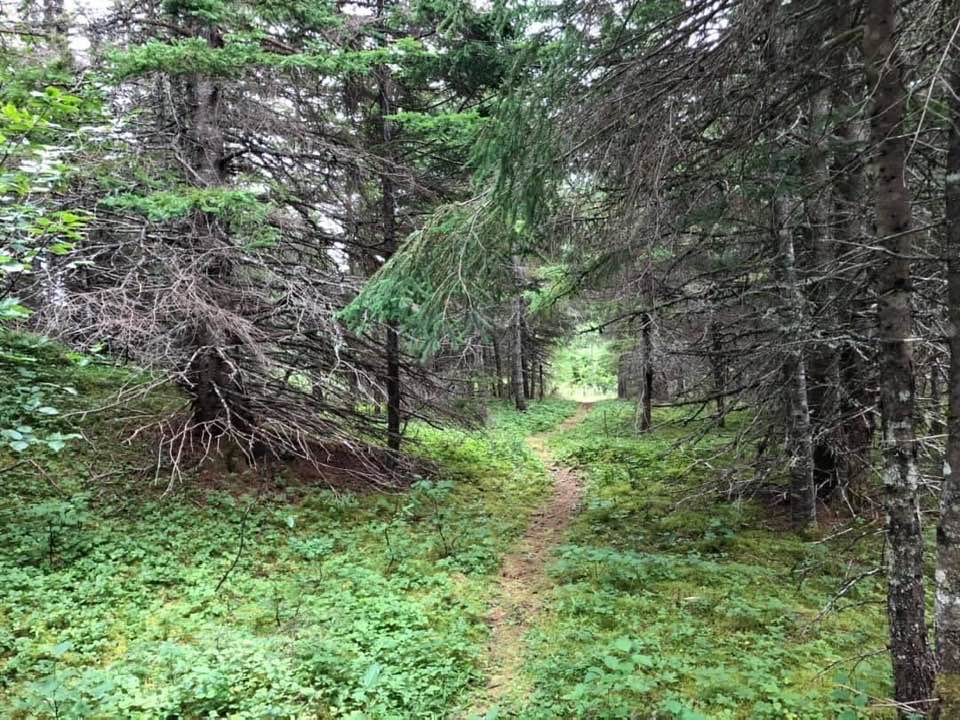 The path to the haunted graveyard. Photo courtesy of Badger Bay Boat Tours.

But Skipper Mike’s father has the most jarring story.

At the time of this incident, there was only one house left in Julie’s Harbour. Mike’s father and a few friends were there one night, staying up late and playing cards. All of a sudden they heard a strange rustle, and when they looked up from their game, they saw an apparition floating through the walls. When they left the house, they never returned to Julie’s Harbour. Instead, they towed the house across the harbour to Triton.

If you’re visiting, listen closely. Do you hear the sound of children laughing? Can you catch a glimpse of Julie through the forest? Walk carefully back along the trail, but this time, take notice of where you step, hoping you don’t cross any unmarked graves along the way.

After you exit the woods, Julie’s Harbour transforms from a scene of paranormal tales back to a gorgeous, sheltered bay. And if you’re still sceptical, you’ll just have to come back. Skipper Mike insists that Julie’s spirit is still here.

Do you have a spooky tale from Newfoundland & Labrador to tell? Share it with everyone in the comments below.