St. John's is a place with many claims to fame, not the least of which is its status as one of the oldest cities in North America. You can feel it as you move from the highway to centre city, down the sloping roads toward the downtown core and its well-protected harbour. Here, the grid pattern of a younger city is traded for roads that follow ancient cow paths and long dried up or diverted rivers and streams. After 500 years, this place has more than a few stories up its sleeves, hidden behind corners, down alleys and slid in between its row houses. As summer gives way to fall, people tend to turn their attention to more ghostly tales and this October brave souls can get their fill as the Halloween Haunted Hike returns to downtown St. John's.

The St. John's Haunted Hike is the creation of Dale Gilbert Jarvis, a storyteller, author and folklorist. Dale is the Intangible Cultural Heritage Development Officer for the Heritage Foundation of Newfoundland and Labrador, helping communities safeguard traditional culture. By night however, he can be found leading crowds of curious explorers through those same downtown streets, bringing to life ghostly accounts that have long been forgotten. A St. John's tradition, this summer attraction has been terrifying ticket-holders since 1997. This year the Halloween Haunted Hike returns and the cool fall air and the crunch of leaves under your feet add to the spooky atmosphere. Not that our hosts need any help. 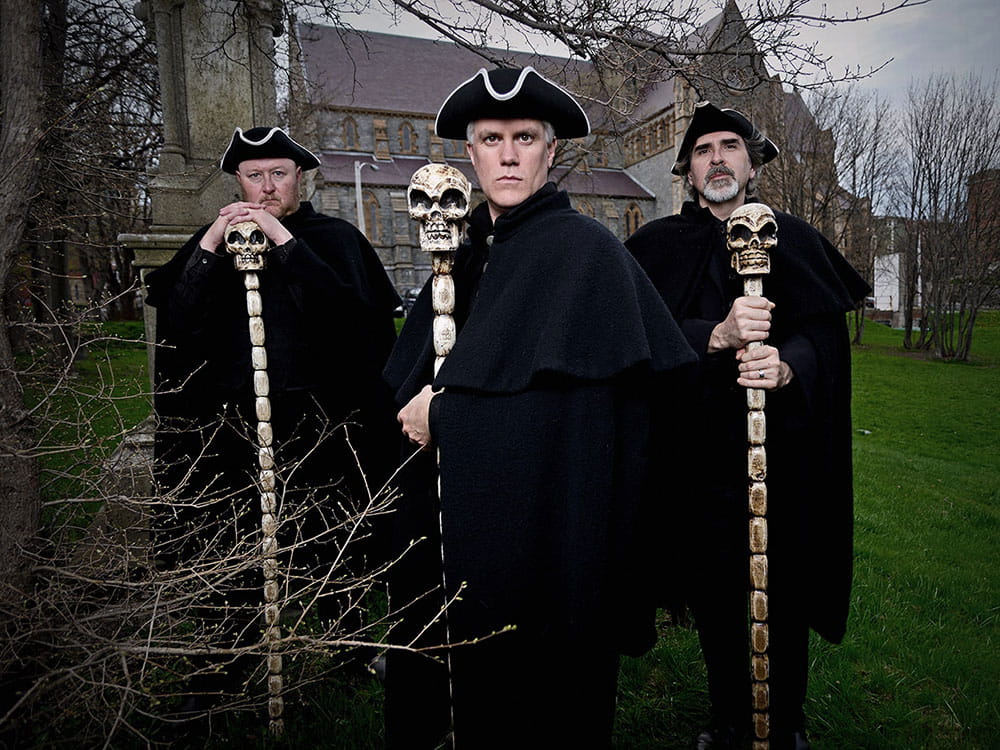 Over the years, demand has led Dale to bring on three additional masters of the macabre and audience members are encouraged to show up early. The hike begins at the gate of the Anglican Cathedral of St. John the Baptist and line-ups can wrap around the block. First timers, repeat customers, curious souls and lovers of the supernatural are herded up onto the impressive stone steps by our hosts, dressed in black with tricorn hats and skull-topped staffs. Their voices boom over the crowd, easily drowning out the sounds of the city as they, in turn, share stories of the Cathedrals' full and haunted cemetery grounds; a taste of the tales to come. They split the group smartly into three sections and set off into the night, their staffs striking the ground as they lead their charges lithely, each group taking a different path. All are warned to keep track of their loved ones as they venture into the realm of the spirits.

Even those who might scoff at a scattered ghost story have to admire the placement of each stop along the way. As you wind through the city streets, each stop brings you to an iconic site of St. John's lore. One of the first stops is Willicots Lane, a narrow alley leading to a small hidden square. Standing atop a bench beneath a streetlamp, the guide paints a picture of this borough in times past. A sprawling area of rag-tag houses, dirt paths running between them, crowded with people and the site of a murder most foul and secret.

These storytellers are seasoned veterans, rattling off supernatural chronicles as if they occurred just a week or month ago, rather than in the distant past. Legends of knocking walls, ghostly awakenings, duels, hangings, haunted houses, taverns and racetracks alike. Stories that send shivers up the spines of even the strongest sceptics. All delivered with ghoulish delight and matched by charm and wit that can bring out a chuckle just as easily as a gasp.

But that's to be expected. Newfoundland and Labrador is a place of stories and storytellers. An off-kilter destination, a half-hour removed and one of the four corners of the world according to the flat earth society. Where else would you expect to find the crossroads between this world and the next? 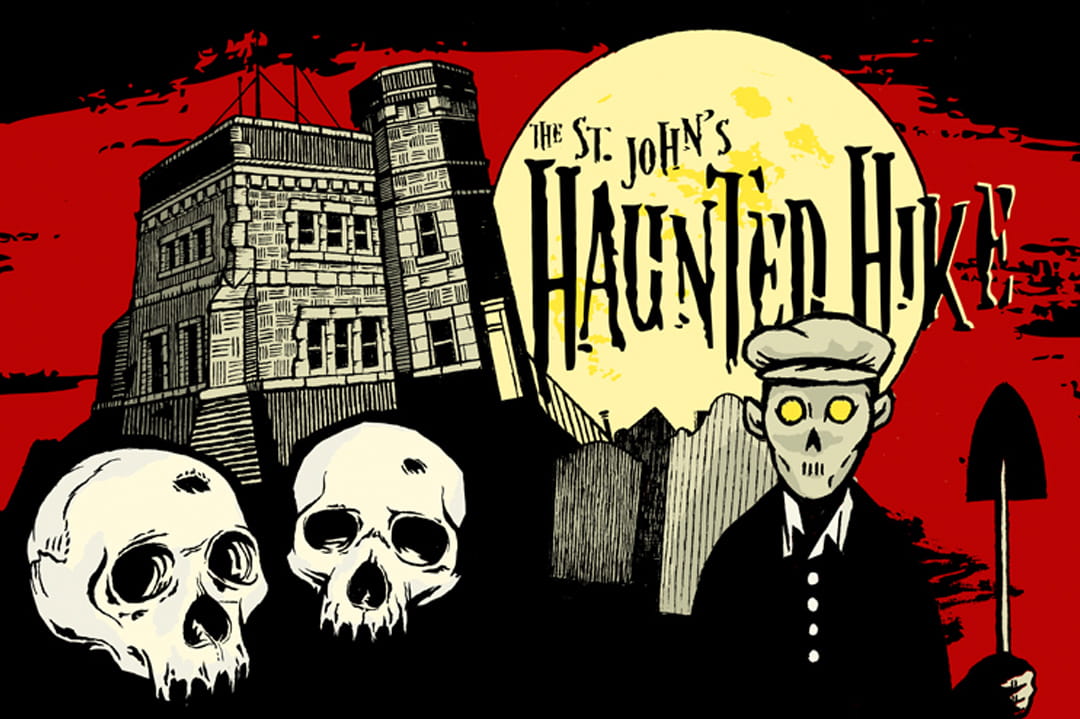 The hike lasts a quick hour and fifteen minutes and all three streams arrive back at the Cathedral simultaneously, ready to be released into the night. Some will continue on their journey back into the heart of downtown to a pub or restaurant. Others will no doubt share their ghostly yarns with company at a Halloween party. Some will retreat home to the safety of their own beds.

Either way, the Halloween Haunted Hike will put a spring in your step. For more information visit www.hauntedhike.com.