Explore the Provincial Historic Sites of Newfoundland and Labrador

Experience the stories of our past – snapshots of the places and events that made us who we are today. Step in the footsteps of our ancestors as they built lives in this beautiful, rugged place – so unique in its challenges and triumphs. What was life like centuries ago in some of the oldest settlements in North America? What happened to the Beothuk people? What role did the island of Newfoundland play in the crucial development of worldwide communications? Every Provincial Historic site is a fascinating chapter of our history, just waiting to be explored. 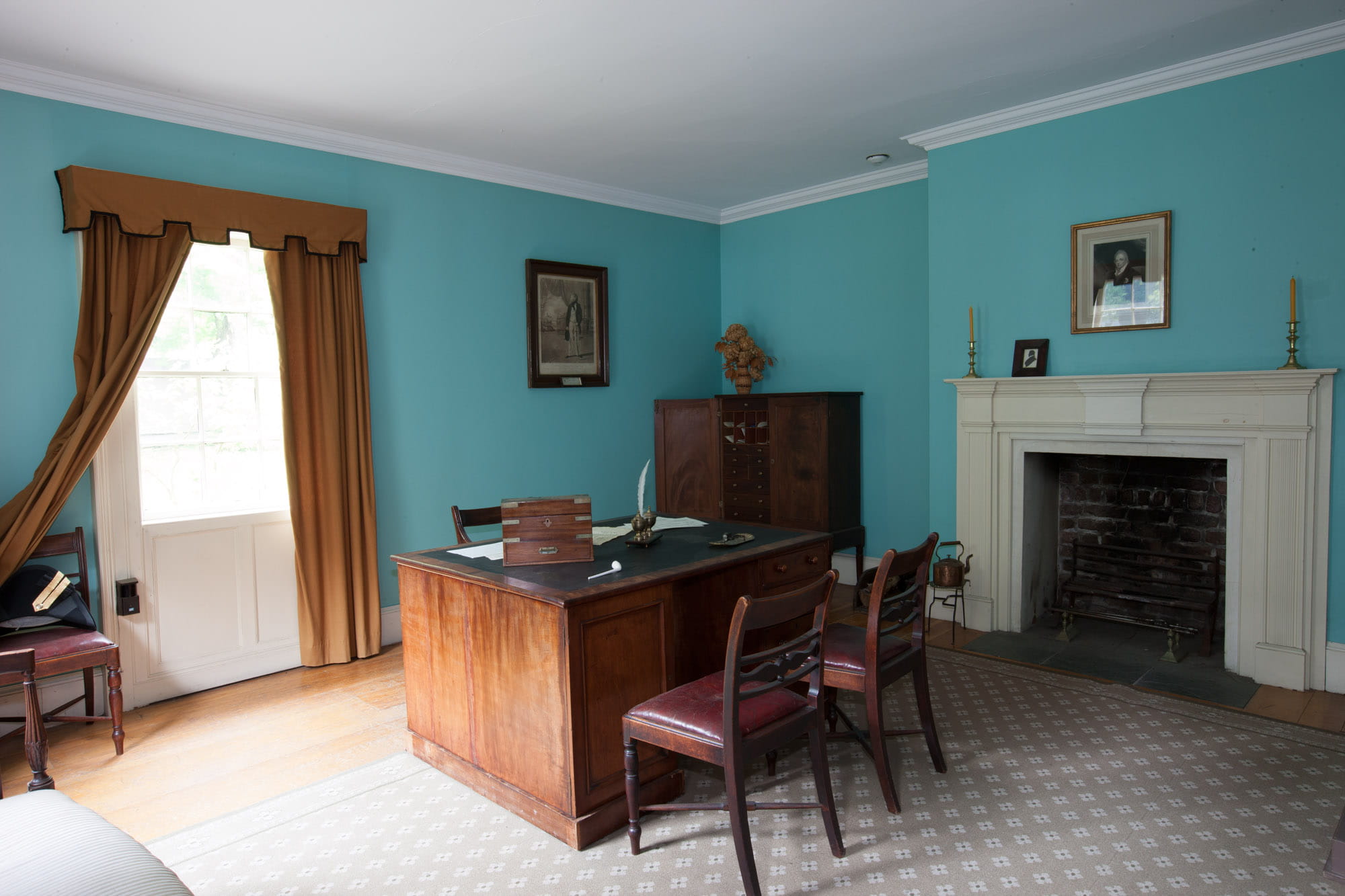 Step back in time to the 1830s within the walls of this historic Georgian house in St. John’s. At the time, the city was alive with talk of Newfoundlanders seizing control of their own affairs through their own government. British naval rule was ending, and newspapers, pulpits, and pubs were ablaze with talk of a new political era. Built in 1820, Commissariat House today offers a provocative, multimedia experience that recreates a volatile period in 19th-century St. John's. 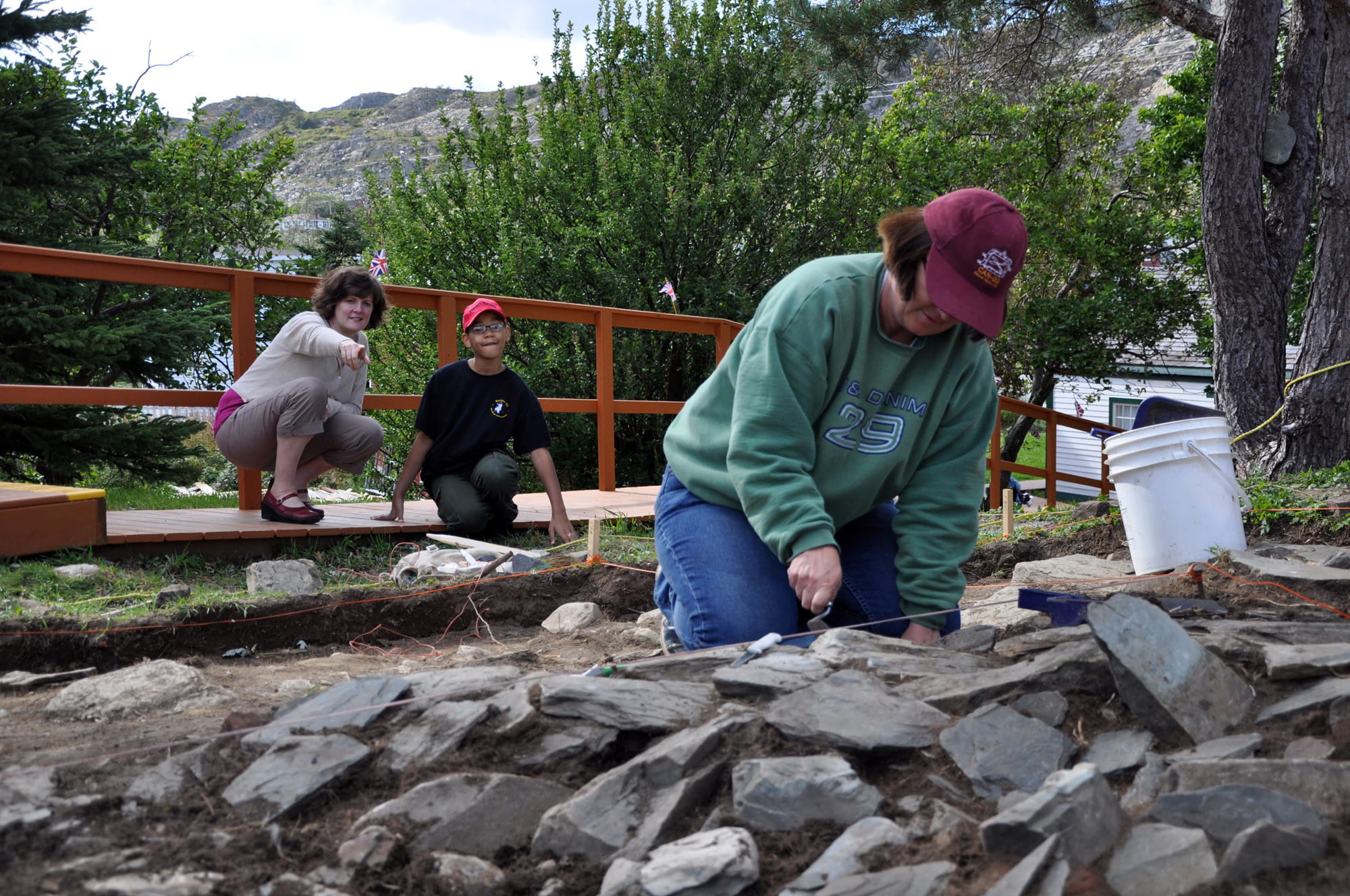 In 1610, Governor John Guy's colonists stepped ashore in Cupids and began to put down roots as Canada’s first English settlers. Archaeologists are currently uncovering the original plantation site of the colony, and artifacts such as stoneware, clay pipes and 17th-century glass are found on a daily basis. Pay a visit and discover what treasures have been unearthed today. 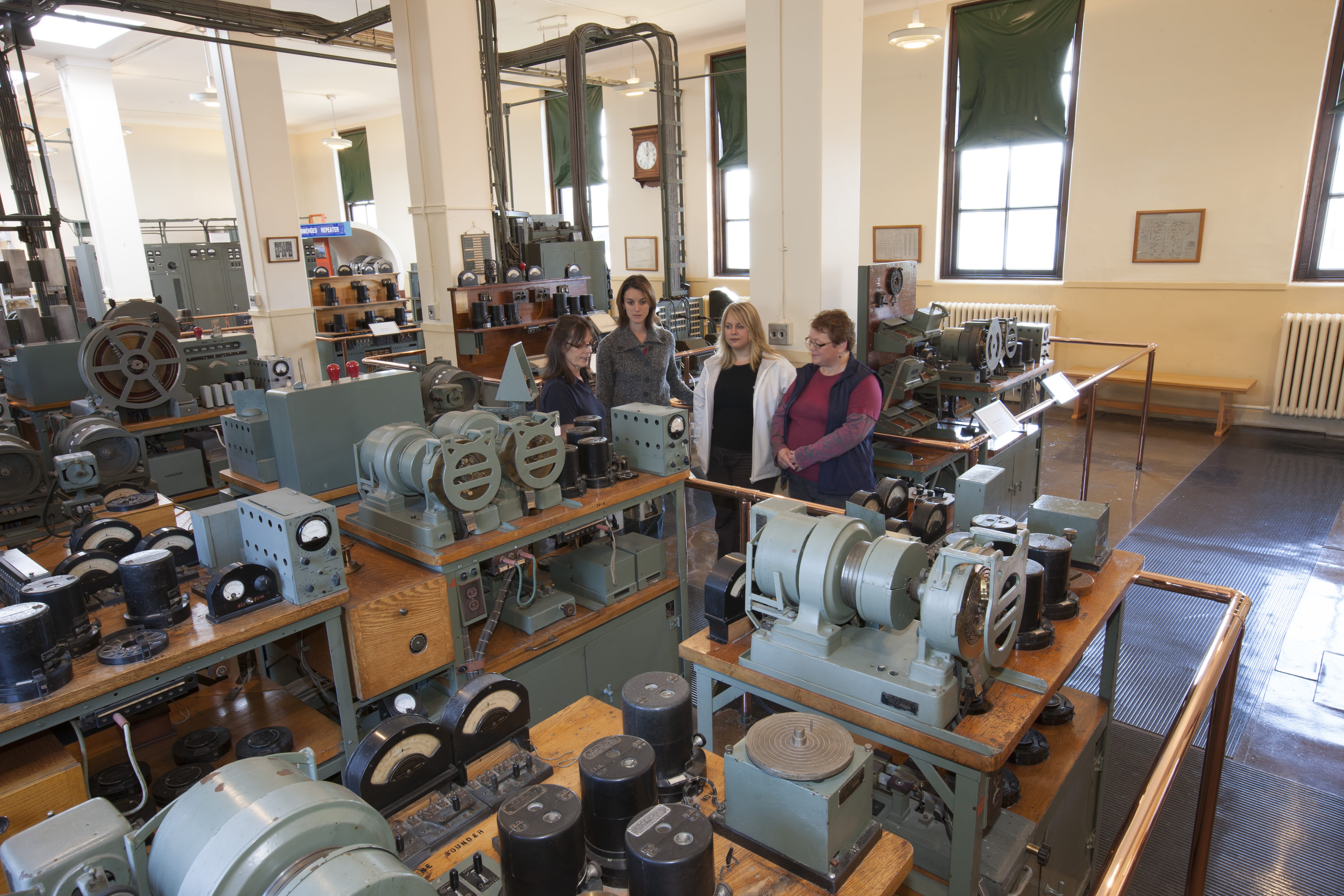 President Abraham Lincoln has been assassinated but London's papers aren't reporting it because they don’t know yet – the news will take 10 days to reach Europe by ship. That all changed in July 1866, when the first permanent telegraph cable connecting Europe and North America was hauled ashore at Heart's Content. Experience how this little town became a global communications hub, forever changing how news and information would be transmitted and received. 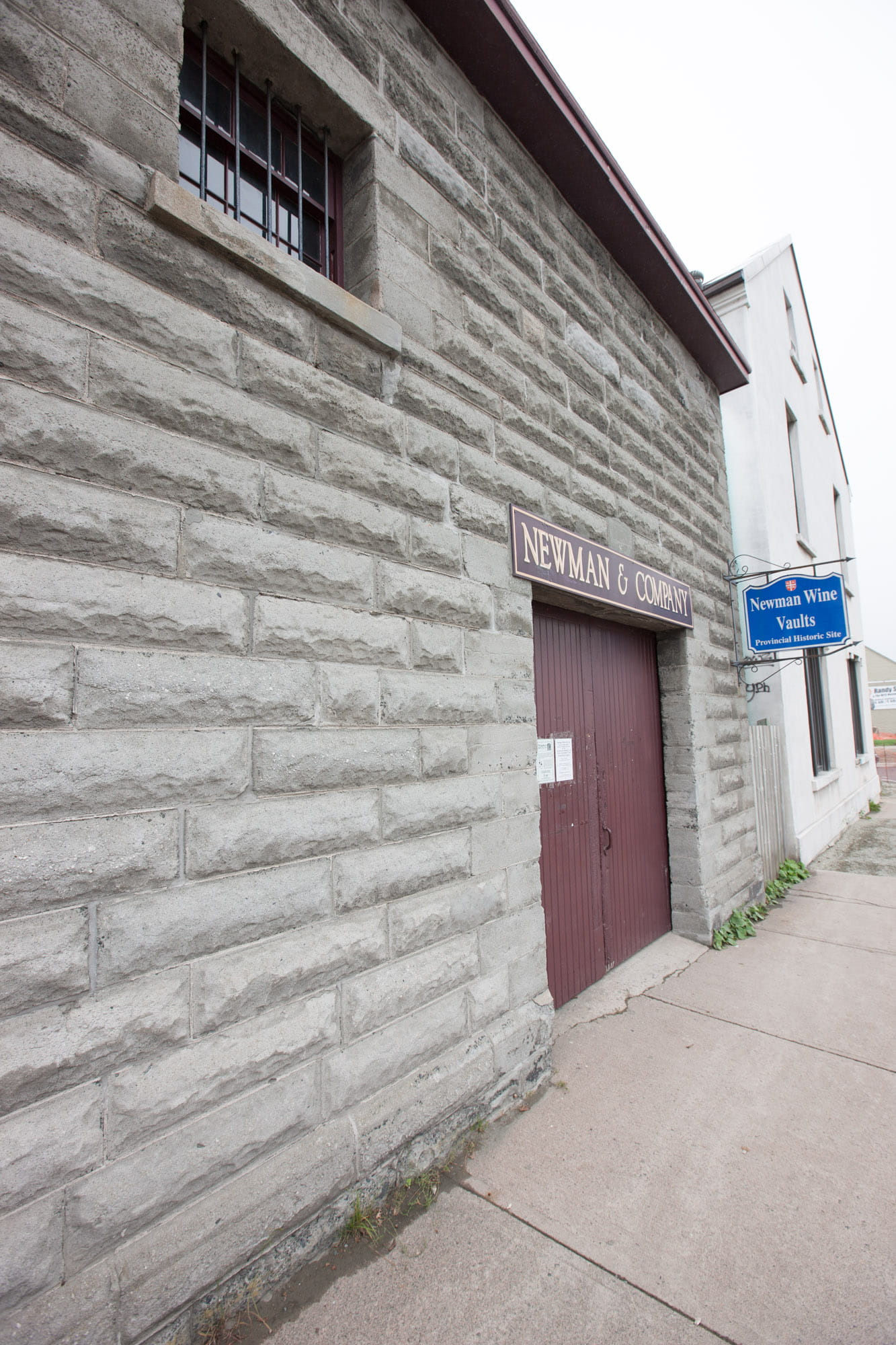 Explore the history of the world-famous Newman's port wine inside the cool, quiet, mysterious walls of one of St. John's oldest buildings, and the only existing historic wine vault in Newfoundland and Labrador. Experience an amazing story of pirates, port and profit, and a 300-year connection between wine produced in sunny Portugal, aged in Newfoundland, and sipped by England's aristocracy for generations. 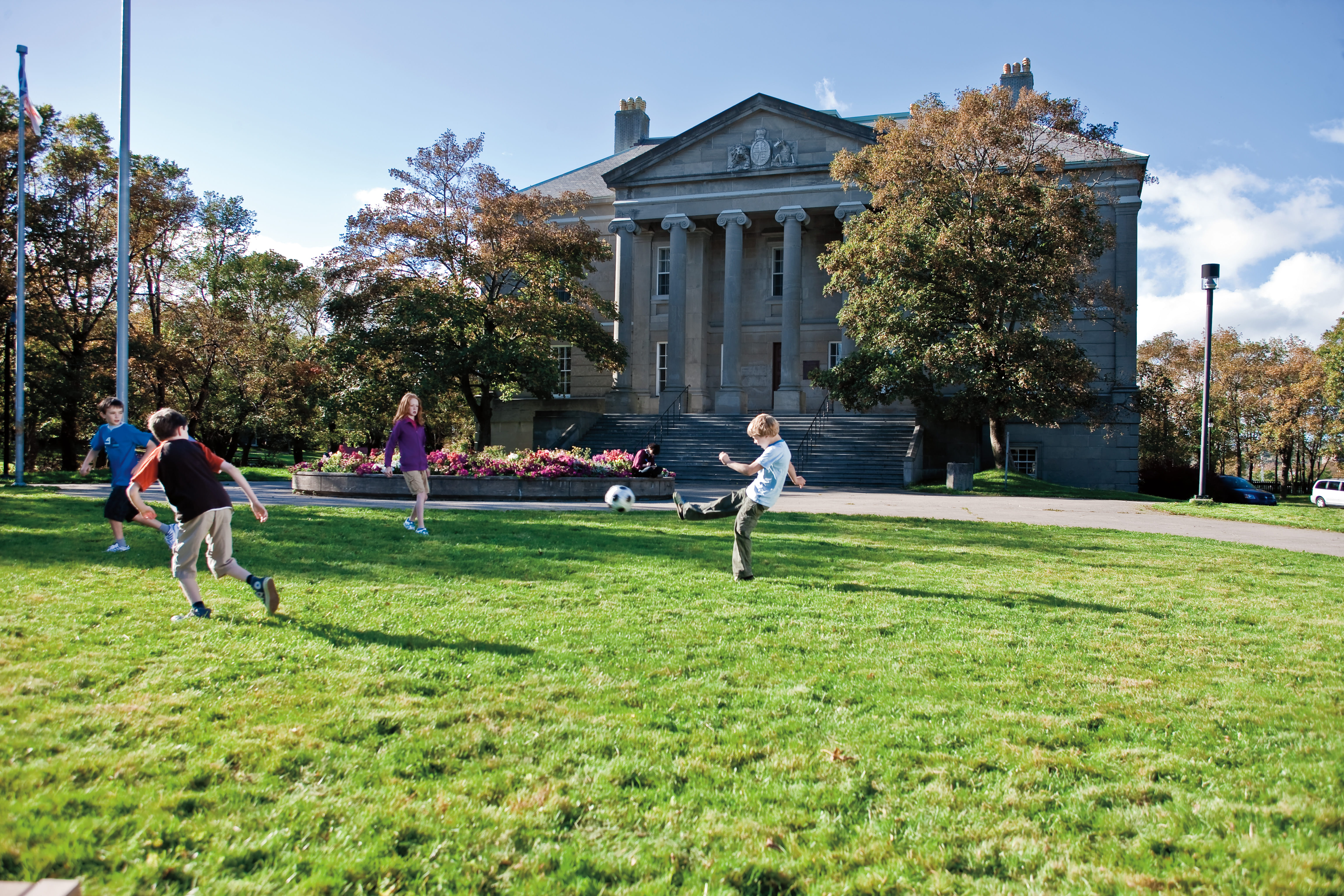 The home of Newfoundland's Legislature from 1850 to 1959, this important St. John’s building is being restored to its original grandeur and is currently closed for renovations. 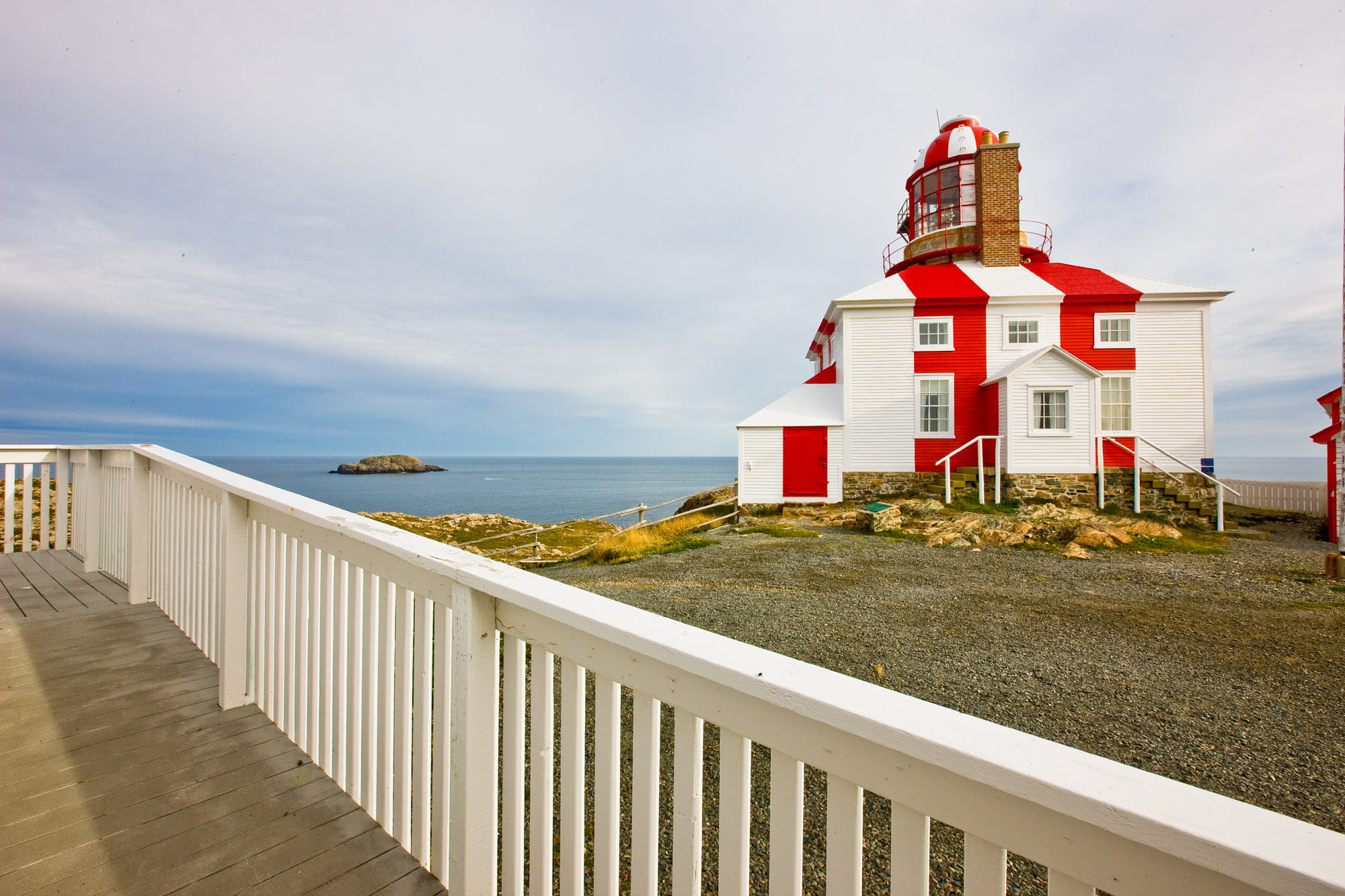 One of the most photographed sites in the province. Here, you can experience 19th-century lightkeeping life in this 1843-era building. Cape Bonavista lighthouse is one of few in the world where you can still climb up a stone tower to see the same seal oil-fuelled light apparatus used in the 19th century. Just a few kilometres from Bonavista, it’s also a great spot for viewing whales, icebergs, and puffins in the summer. 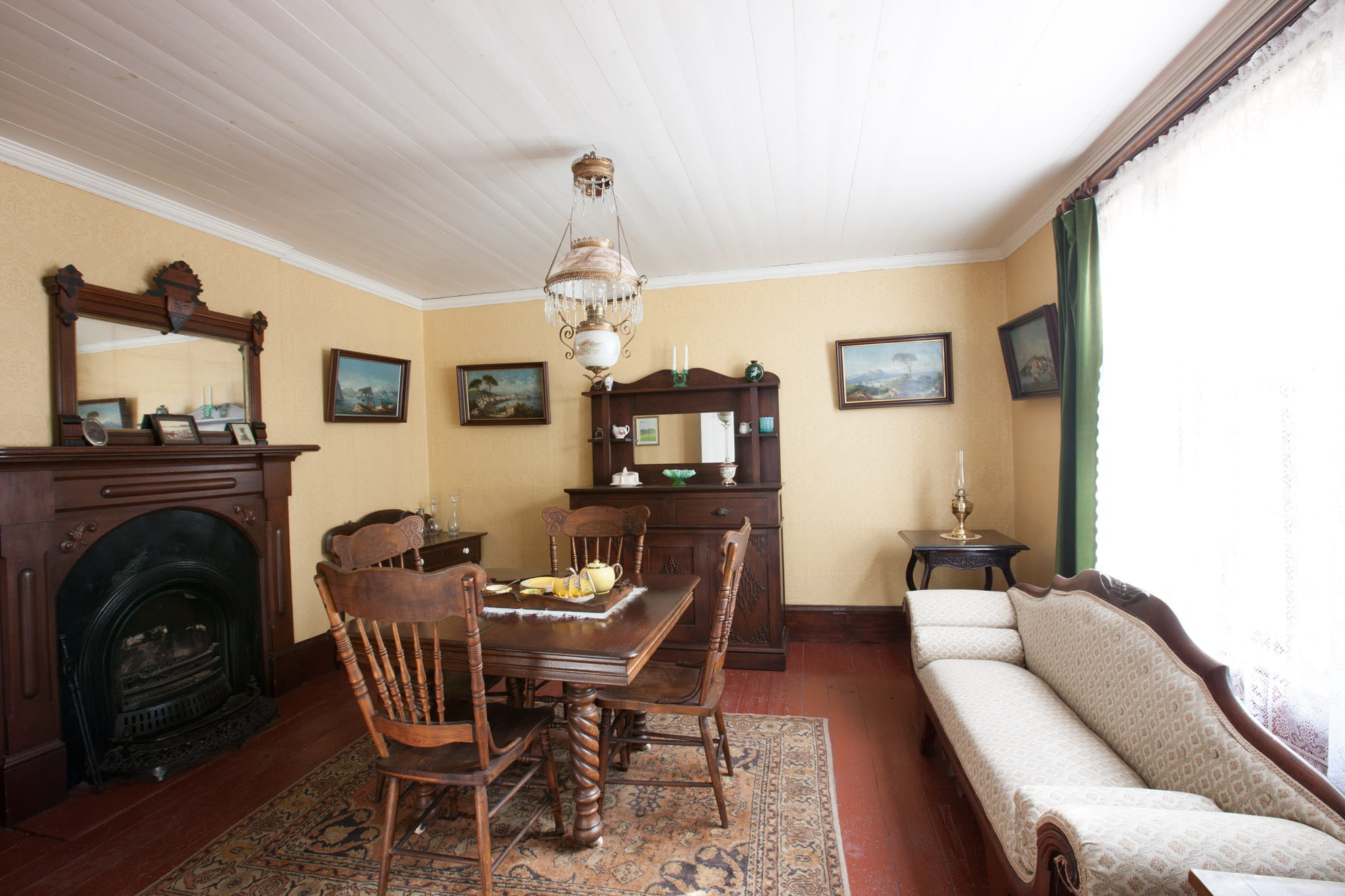 Restored to 1910, Emma Hiscock's house captures how this widow with six children maintained a genteel life through entrepreneurship –running a shop, post office, and even renting to a bank. 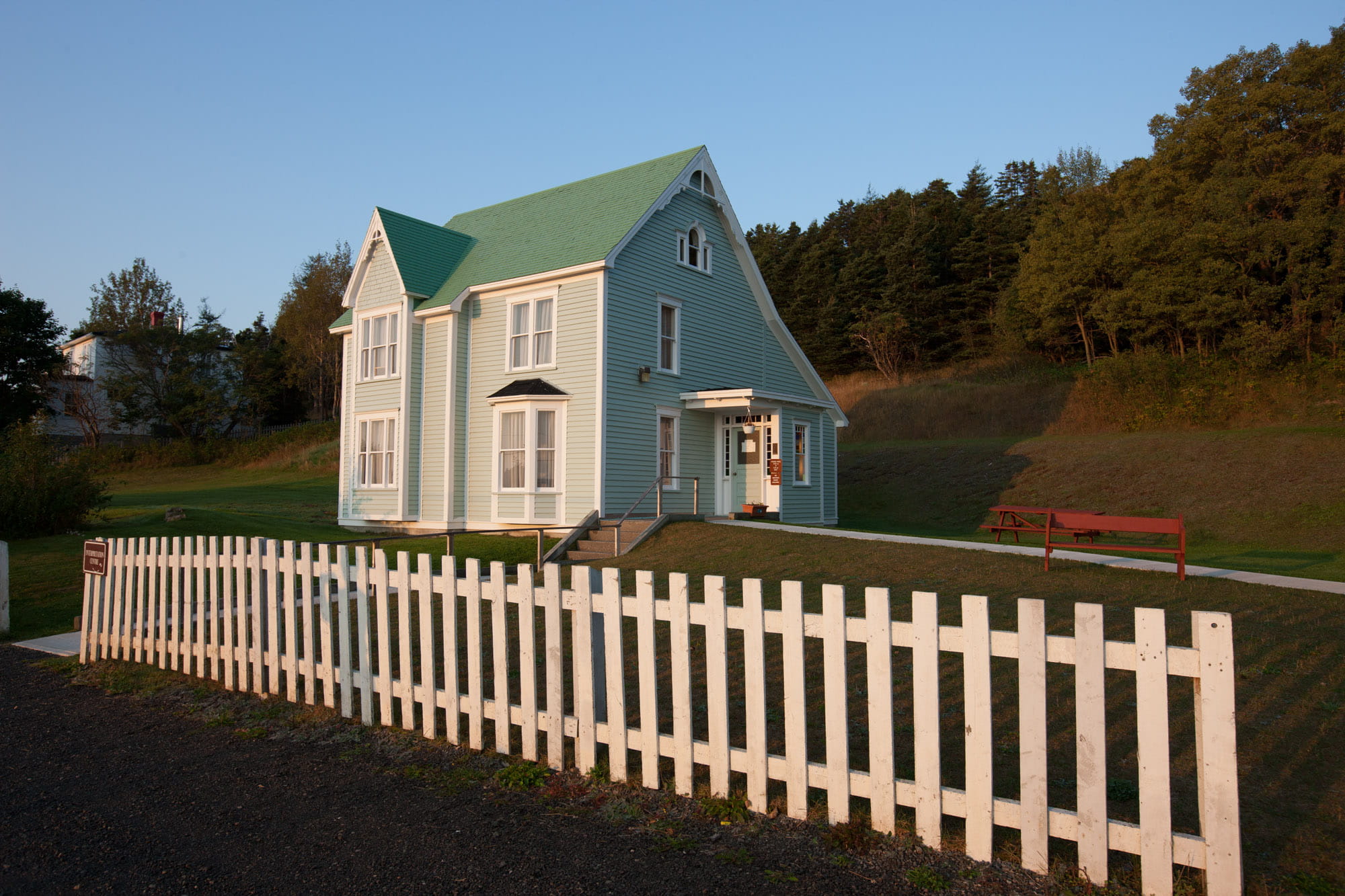 Your first stop on your tour of one of Newfoundland and Labrador's best-preserved historic towns. Trinity's merchants were some of the wealthiest men on either side of the ocean and they made this town a capital of the salt fish trade in the late 1700s. A new exhibit tells the colourful story of Trinity's past and present. 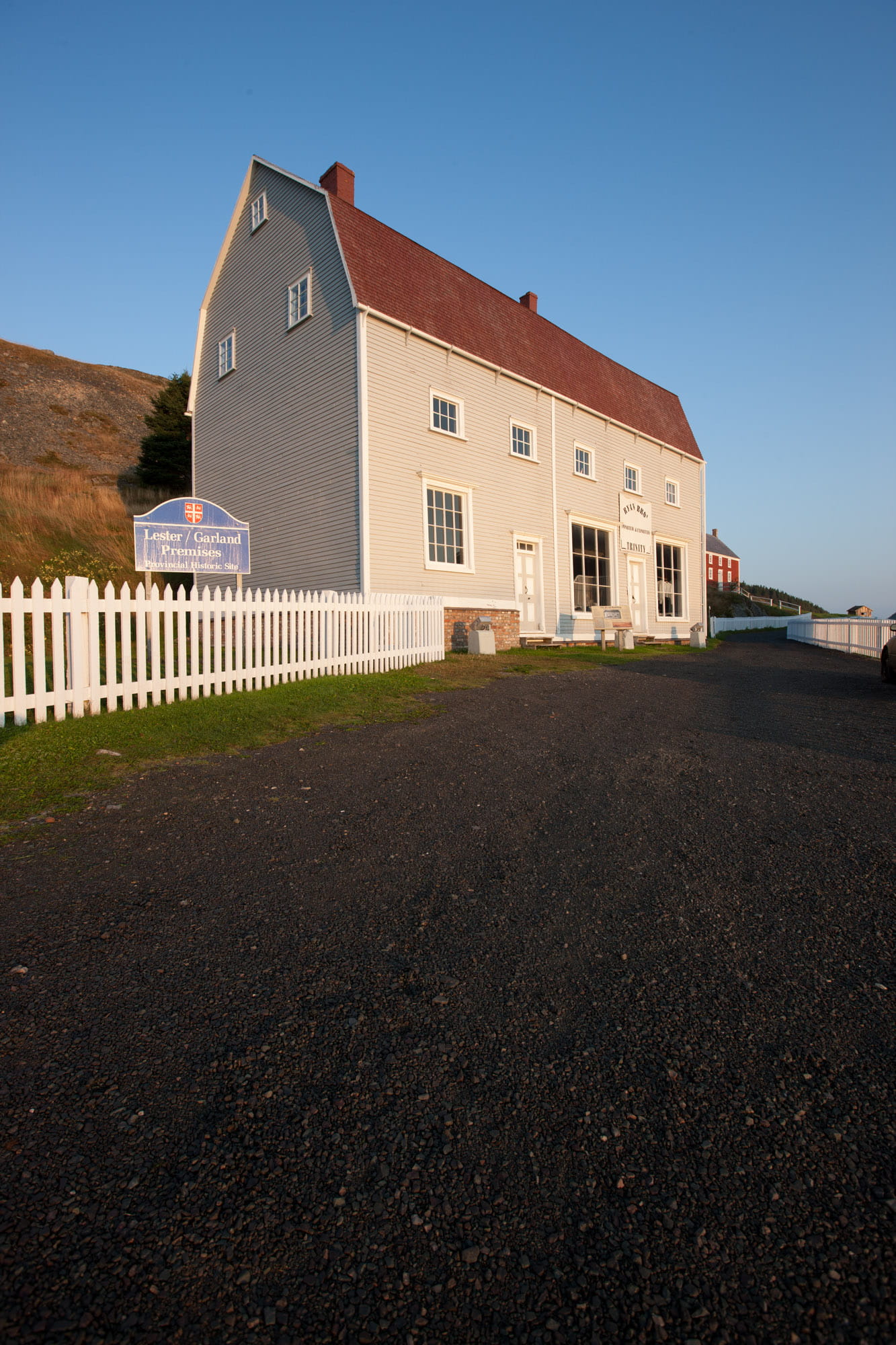 Witness the town of Trinity as a thriving 1800s seaport – the business hub for three merchant families for over 150 years. The 1820s-era Counting House is a historic gem. 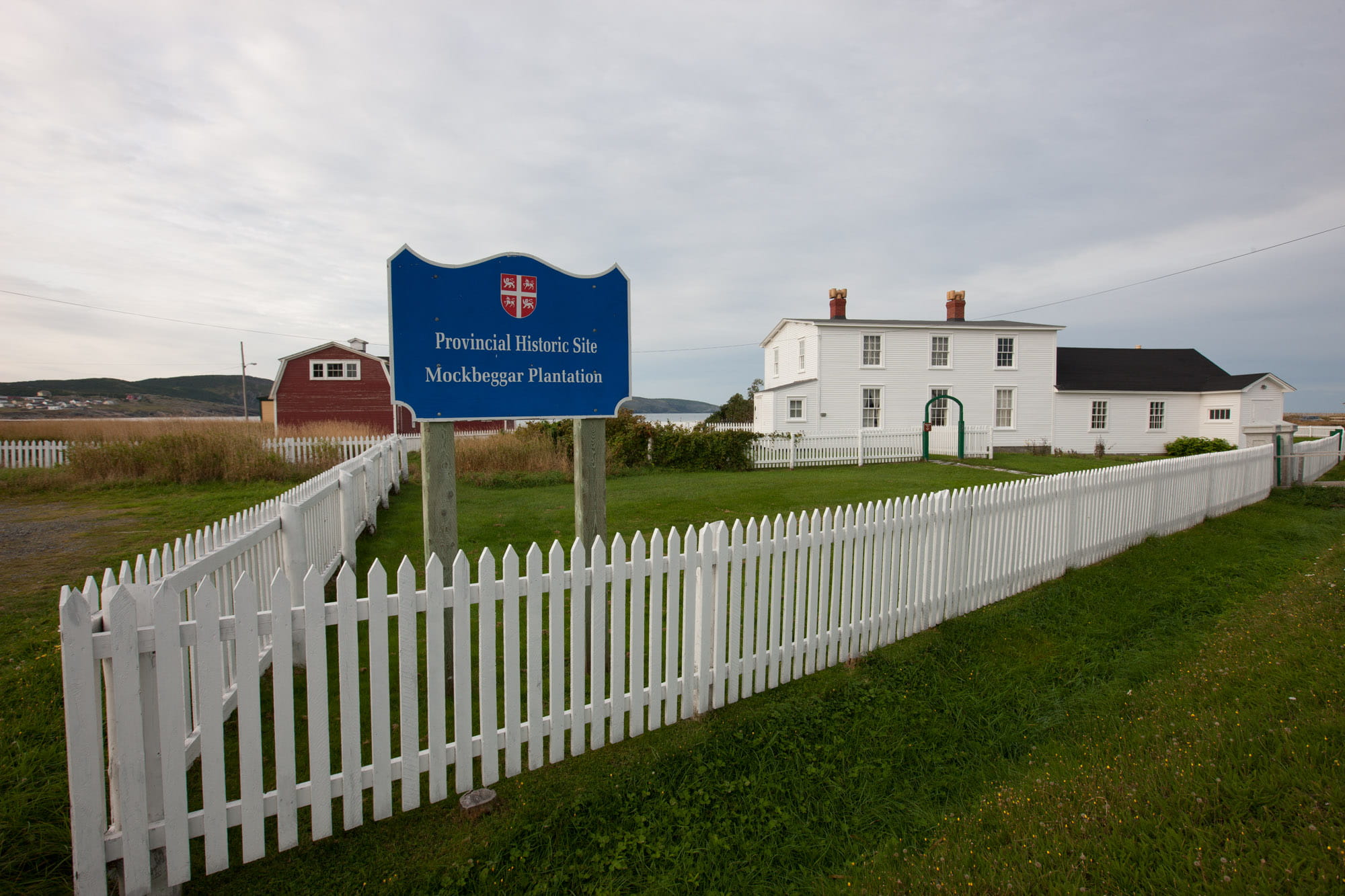 It's 1948 and debate is swirling. Will Newfoundlanders vote to become Canada's 10th province? Politician F. Gordon Bradley argued for Newfoundland and Labrador joining Canada in 1949. His home in Bonavista, restored to 1939, is the backdrop for costumed interpreters telling the Confederation story – a time when the issue of whether to join Canada or remain an independent nation was on everyone’s lips. 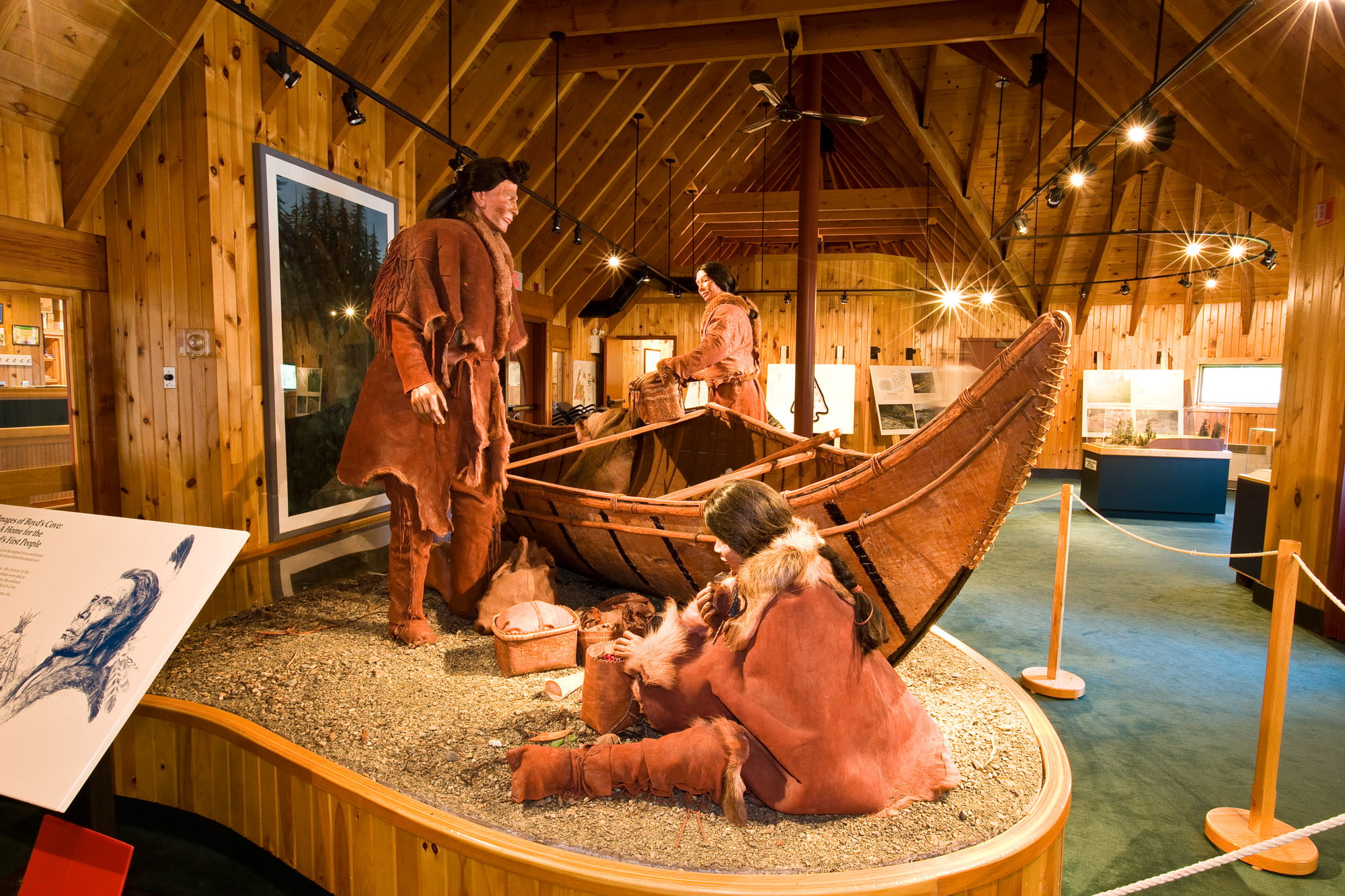 Though the last Beothuk died in 1829, the story of how these people thrived on the rich resources of the land has been pieced together by historians and archaeologists. 300 years ago, this site was a Beothuk village. Today, an interpretation centre including multimedia exhibits and a walking trail to the dig, foster an appreciation for this unique, vanished culture. 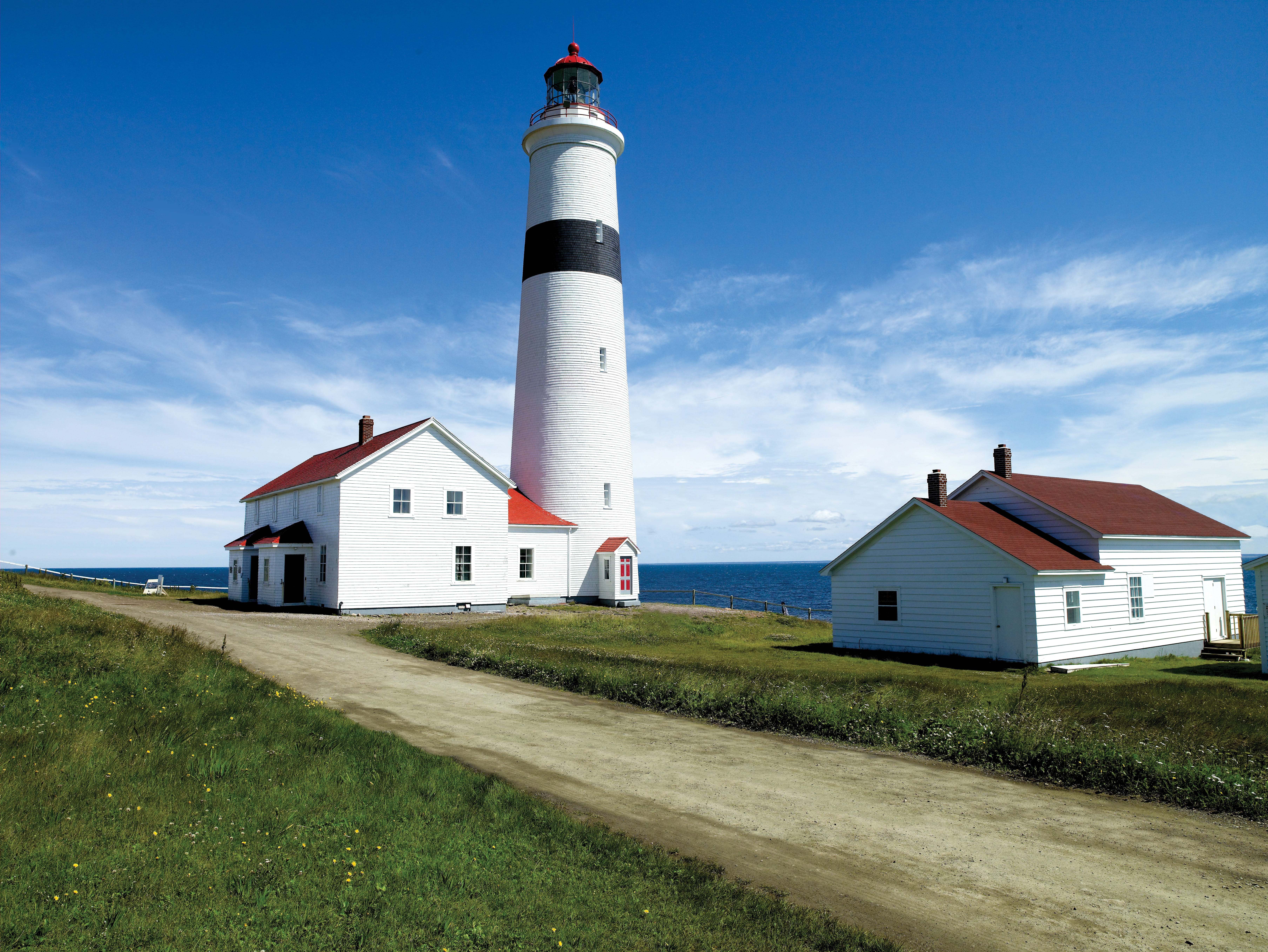 Climb 109 feet to the top of Canada's second tallest lighthouse, located in L’Anse Amour. Exhibits tell the story of life on the Labrador Straits. Visit the gift shop, go whale and iceberg watching, or walk the trail to the Raleigh shipwreck. Look out for wild flowers, fossils, and the oldest burial mound in North America.

Each of the Provincial Historic Sites offer unique special events and demonstrations throughout the season, such as lighthouse dinners, music by candlelight, and hiking and berry picking tours. Be sure to visit SeetheSites.ca for event information, admission prices, and season passes.