Nouveau Newfoundland and Labrador: Breathing Life Into Our Traditional Cuisine

“The cod cheek is a beautiful piece of the fish. I like to cook with all parts of the fish or the animal,” says Chef Jeremy Charles, co-owner of Raymonds Restaurant.

And so begins your food journey in St. John’s. It’s an exploration of centuries-old, locally-farmed and harvested ingredients that are now being creatively reinvented to include pride and sense of place.

As national and international food writers have attested with exuberance, the food scene in St. John’s is a beacon for food lovers, and we have the delicacies of the land and sea, and the talented chefs and kitchen brigades to thank for this.

We asked some of our renowned chefs to explore the reasons the food culture is an integral part of the Newfoundland experience, and how local ingredients are being celebrated in the dishes they create. 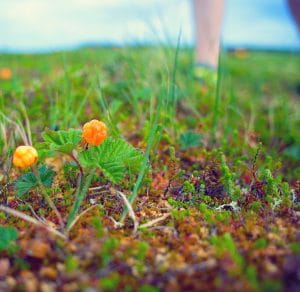 At the root of this food story is the place itself. Being an island in the North Atlantic meant we were pioneers in the 100-mile diet. Chef Roary MacPherson, Sheraton Hotel comes from a family of 16. He says, “We grew everything, raised anything, and had no convenience food growing up. Pretty much everything was local, sustainable, organic – we were cool long before it was cool.”

As thousands of coastal communities were only accessible by boat until 60 years ago (some still are), the fishery was the main source of income for most communities. Families used what was on hand. Root vegetables grow readily here; wild berries are plentiful, rabbit, moose, partridge, seabird, and, of course, fish. And when we say fish, we really mean cod. Cod was king, is king. Ask Chef Todd Perrin of Mallard Cottage what is the quintessential meal that represents Newfoundland and he will tell you cod.

“Jig a cod, pull it over the side, cut the engine, and cook it right there in a pot with an onion and a potato,” says Todd. “If every traveller experienced that meal, no one would ever leave.”

Recipes of Our Past

Imagine a recipe that has been handed down from generation to generation. A yellowing page in a recipe book, dog-eared and perfectly stained with buttered thumb prints. This depicts the food scene for generations. It was familial, traditional, and unaltered.

Jeremy recalls his grandmother’s fish and brewis, “Such simple ingredients: salt fish, hard tack, and pork scrunchions. It is my favourite dish of hers. If I had to choose a last meal this would be it.”

Roary’s pick is boiled dinner or Jiggs’ Dinner (root vegetables and salt meat), in addition to his grandmother’s bread and the pure joy of eating the whole, warm loaf in one sitting.

Todd’s fond memory is that food brought people together. The ethos of the Newfoundland culture, the conviviality of the Newfoundlander, the infamous kitchen party all spawn from the gathering of family and friends at the dinner table. 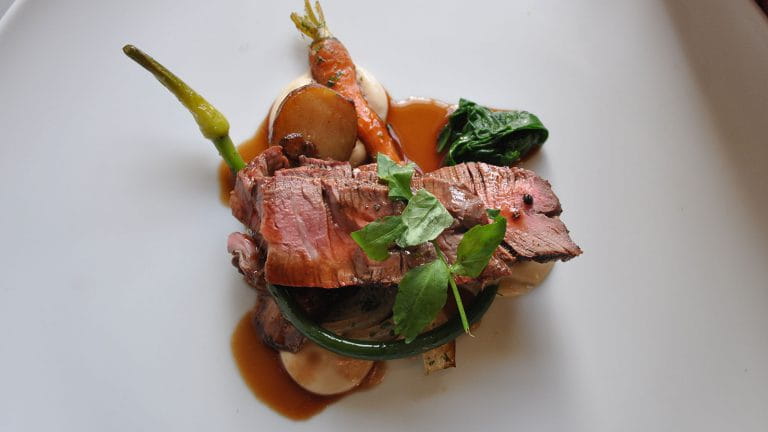 While today’s dining experience is a range of eclectic sophistication to rustic fare, the simple, staple ingredients of our culinary past are still the stars of this new culinary renaissance. They are just celebrated differently.

Jeremy was a city boy who had the pleasure of growing up in rural Newfoundland at his grandparents’ house in the summer. His hands-on experience of pulling vegetables from the garden, catching rabbits, hauling traps and cleaning fish right on the wharf have served him well. It rooted in him a sincere appreciation for the ingredients that the sea and land provide.

“We take these beautiful ingredients and use them as background notes in a dish or they may be the star of the plate at Raymonds,” says Jeremy.

Accompanying  a piece of skin-on-cod you may find some sea grass, wild flowers, and kelp. Items which normally  provide nutrients to  the soil or feed for the sheep are being served in ways that were never considered  before.

“Chefs are digging a little deeper these days. Collectively, we’re excited about what we have available here; sea urchin, whelk, wild mushrooms and caribou lichen. And if we are going to be sustainable, and challenge the food scene, then we need to be creative 365 days a year.” 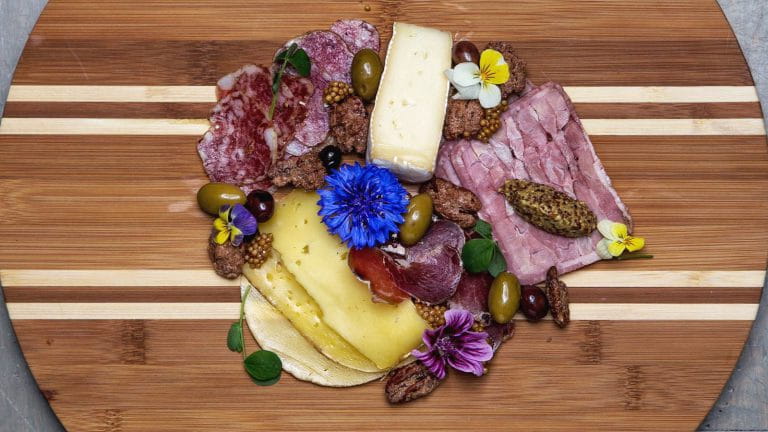 Five years ago, you wouldn’t have found moose carpaccio or seal sliders on any menu. Having wild game readily available and having the ability to serve it commercially is certainly one thing that sets the destination apart from the rest of North America.

Todd recalls a moose encounter at Mallard Cottage in Quidi Vidi Village, just five minutes from downtown St. John’s. “One day, a moose is seen wandering around the village to the delight of travellers and our guests who could see it pass by the window. It just so happens we were serving moose that evening. You can’t feel any closer to your food source than that!”

Knowing where your food comes from is playing an important role for many in choosing where and what to eat. Our chefs are working one-on-one with the purveyors of food.

Farmers on the west coast of the island are experimenting with Romanesca broccoli. Apiaries are growing and creating wild flower honey from the healthy bee population. Sea buckthorn berries are becoming more readily available.

Harvesting from the land and the sea, our ‘wild’ cuisine creates an uncommon and transformative dining experience that our chefs are excited to share.