Newfoundland is not only scenically stunning, but it’s also a place full of natural wonders. Here within, some notable natural landscapes you can explore when visiting our beautiful province: 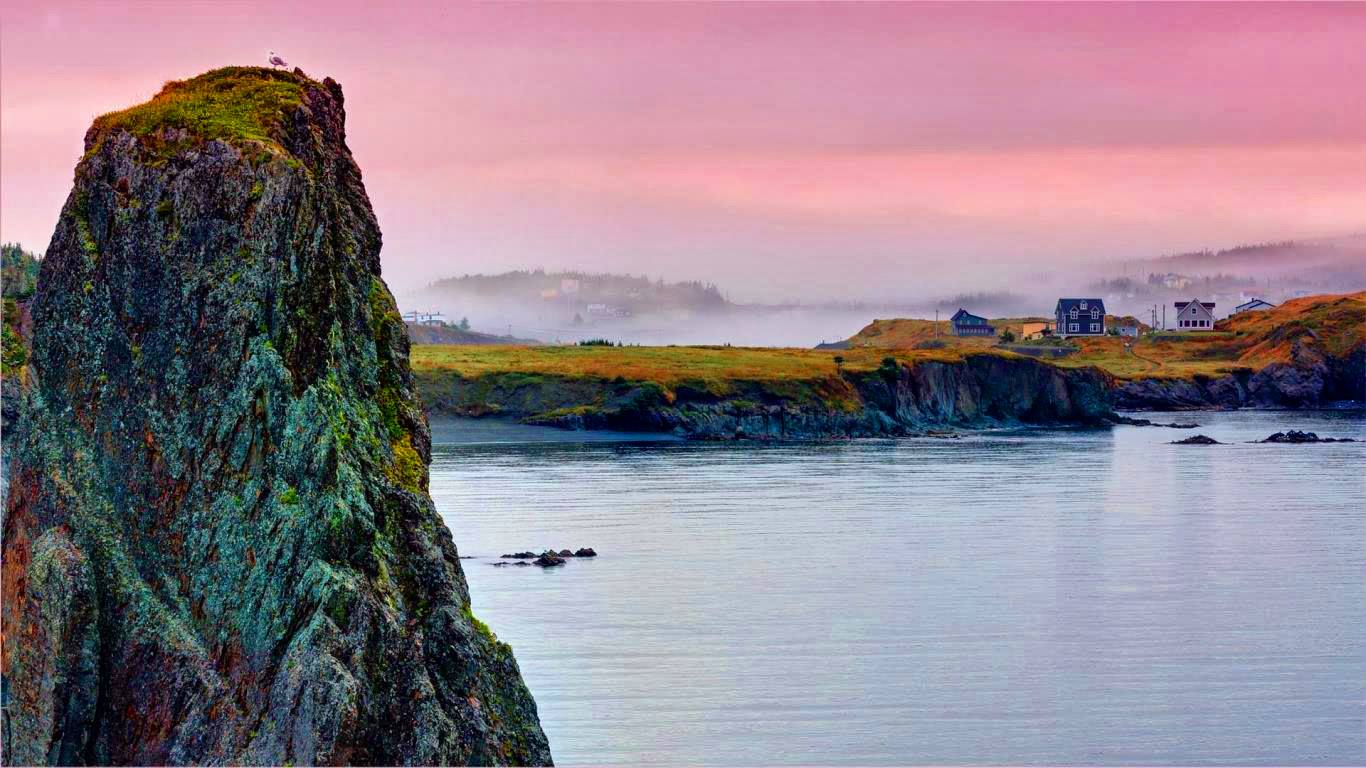 A sea stack is a geological landform consisting of a steep and often vertical column or columns of rock in the sea near a coast, formed by erosion. These giants are best viewed along The Skerwink Trail where each sea stack has a name. The “Music Box” suggests the sound the wind makes when blowing around the stack. “Flat Fish” is named for its shape: it resembles a flounder. Look for otters around the bases of the sea stacks. Red Bull and Canadian free climber Will Gadd even travelled to Newfoundland in 2012 for the Sea Stacks Project – check it out here. 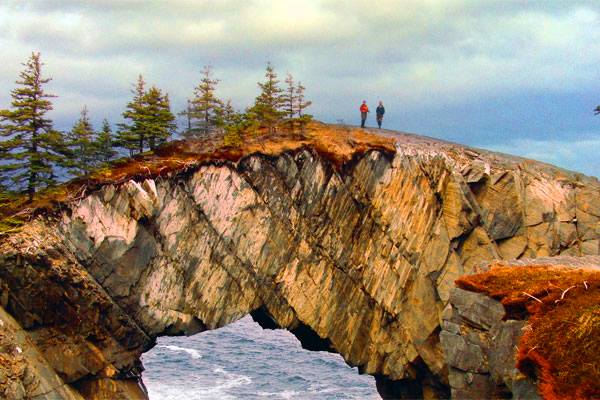 The Berry Head Arch is a naturally occurring rock archway, on the Spurwink Island Path of the East Coast Trail. It has been featured on the website of The Natural Arch & Bridge Society and on Bored Panda’s list of “21 Places To See Before You Die“. The arch can be viewed from various angles, and you can walk across it! 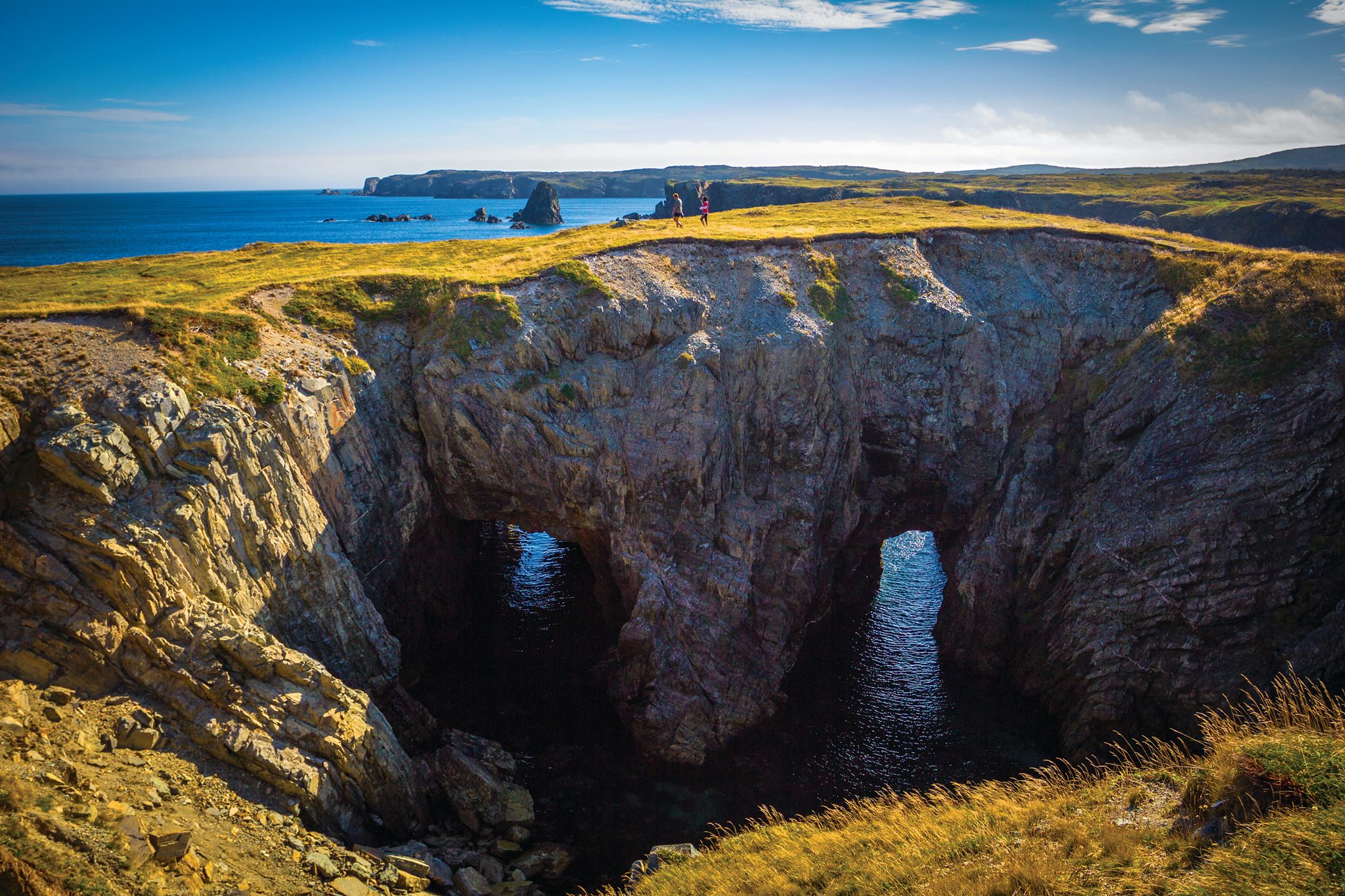 A sea cave, is a type of cave formed primarily through erosion by the wave action of the sea. They are dark and mysterious and can be found just about everywhere in Newfoundland! Take a sea kayaking or boat tour and you’re bound to come across a few! One of our favourite examples is the The Dungeon Sea Caves located in Dungeon Provincial Park, Cape Bonavista. They consist of two collapsed sea caves with a natural archway carved by the sea. Looking at it from above it sort of looks like a giant skull! 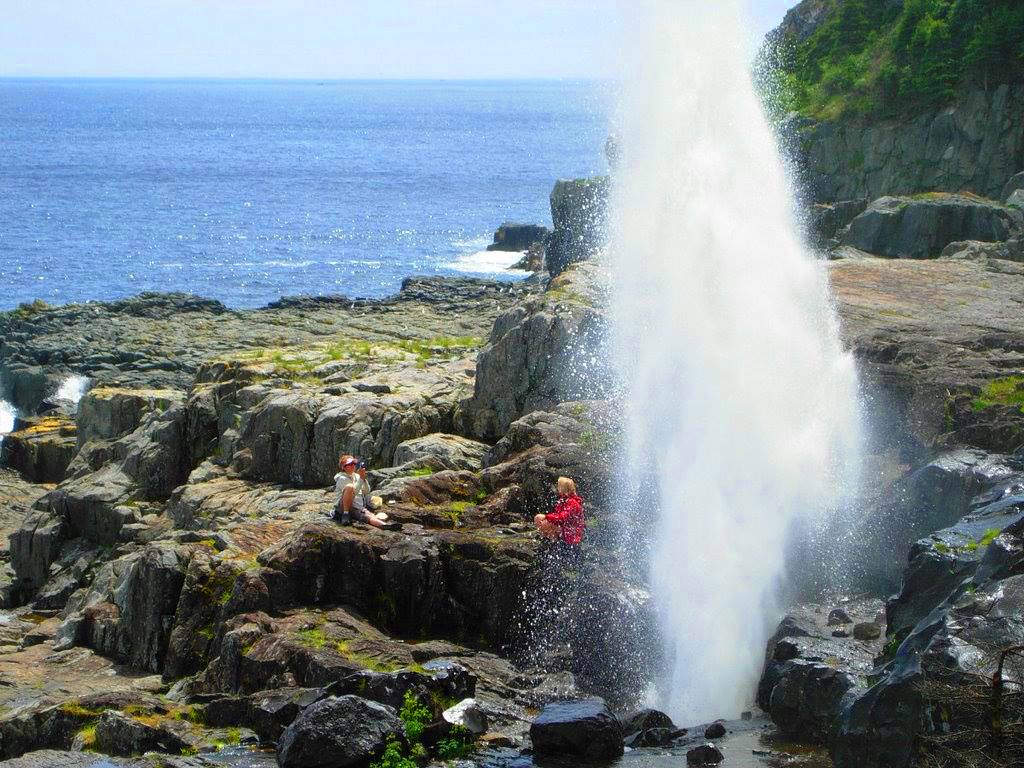 Aptly named, The Spout is a famous wave-powered geyser located on the East Coast Trail. The narrow two-foot opening where the water enters acts as the portal from which a thirty foot burst of high pressure spray jets toward the sky. Get up close and personal and experience how loud and powerful it is – it’s well worth the hike! 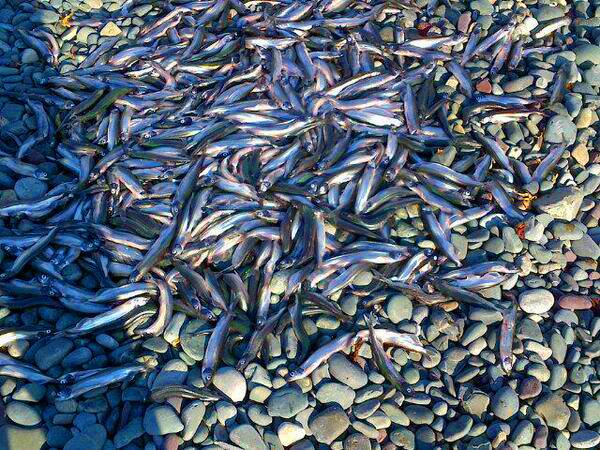 Capelin are small fish that come to our beaches (generally in July) every year to spawn. Imagine thousands of wriggling fish being swept onto the sand by powerful ocean waves. The beach glints and writhes as their emerald green bodies wash ashore. There’s no shortage of areas to view the Capelin run – Middle Cove Beach is a popular destination for locals and tourists alike, and is located just fifteen minutes outside St. John’s!