Mummering, the Hobby Horse Workshop and a Parade

Every year during the Christmas season, Newfoundlanders and Labradorians dress from head-to-toe with masks, oversized bras, sheets, lace curtains, lampshades, various articles of clothing, and whatever else can be found in the attic. Once they conceal their identity, they parade about, singing and dancing as they go from door to door, calling on the homes of their friends and neighbours who invite them in for drinks and try to guess who their visitors are. 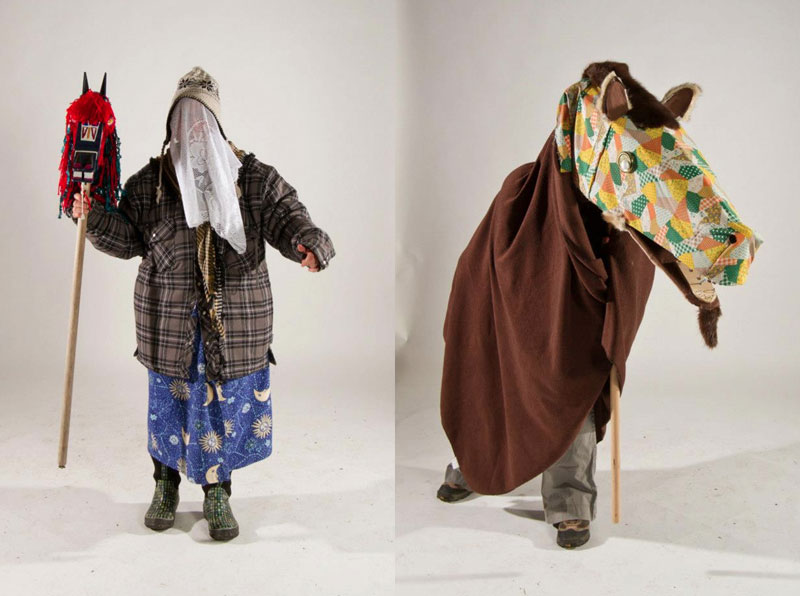 This 400-year-old Newfoundland and Labrador tradition, known as mummering (also known as jannying in some parts of the province), has stood the test of time, while varying in popularity over the years. Recently, there has been resurgence in participation in the annual Mummer’s Festival. This event is meant to reinvigorate this distinct cultural practice with workshops, lectures and talks, a colourful parade, and a wild (family-friendly) party. 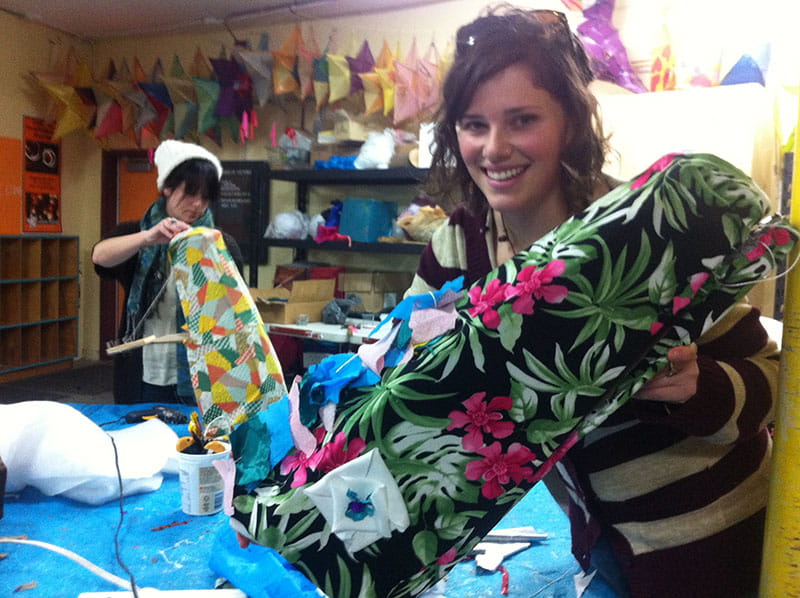 An integral part of the whole mummering tradition is the making and wearing of a hobby horse. The hobby horse is an odd creation, with a horse-like head, beady eyes, crooked hobnail teeth, and a giant hunchback. It has a reputation for being menacing and terrifying – often clearing a room of small children upon entry. This frightening creature has been known to snap at strangers and turn off ceiling lights by pulling the string with its crooked teeth. But most of all it likes to chase people around in an awkward and hobbled fashion.

The organizers of the Festival have established a workshop to give anyone the opportunity create their own hobby horse. Staffed by friendly volunteers eager to help, the workshop starts with creating the head from cardboard. Once these flat cardboard pieces are transformed into three-dimensional heads there’s still a lot of work to do. 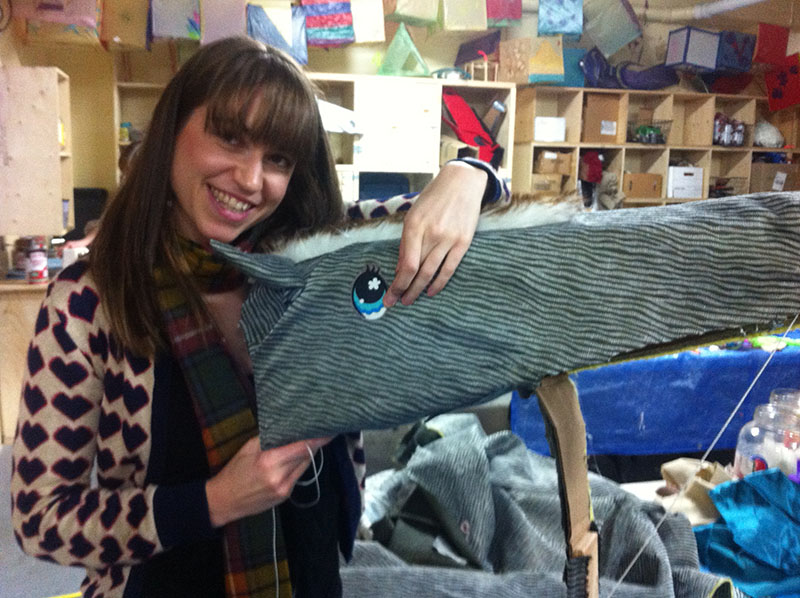 Making the Hobby Horse Head at a Workshop

The ugly stick has played a role in Newfoundland and Labrador festive times throughout the years. It’s about four feet long, on which bottle caps, tin cans, small bells and other noisemakers are attached. Add a boot at the bottom and you have a one person orchestra. It is played by thumping the stick, and striking its attachments with a "saw"--a notched stick that really gets those bottle-caps rattling! Build an ugly stick at one of the Mummers Festival workshops and make mad mummer music at the Mummers Parade if you please.

Assembling the horse’s gnarled teeth by hammering nails into small rounded wooden planks is a first step. As the threatening mouth takes shape it gets secured onto the horse head, and a string through the planks helps create its signature snapping jaw. And then on to decoration, where the hobby horse becomes its own unique creature. With a hot glue gun in hand, the bins of fabric, faux fur, feathers, pom-poms, ribbon, and other crafty materials provide plenty of inspiration.

The workshops attract children and adults alike, crafting their horses with their own individual spin. Once complete, the next step is to take part in the parade at the Mummer’s Festival. The horses and their owners get a chance to go out on a stroll and frighten some adults, snap at some children, but mostly just have some foolish fun – because that’s really what this tradition is about.

If you are interested in participating in the Mummers Festival you can find out more in their listing below.