So you want to see an iceberg? Where do you go? When are icebergs around anyway? 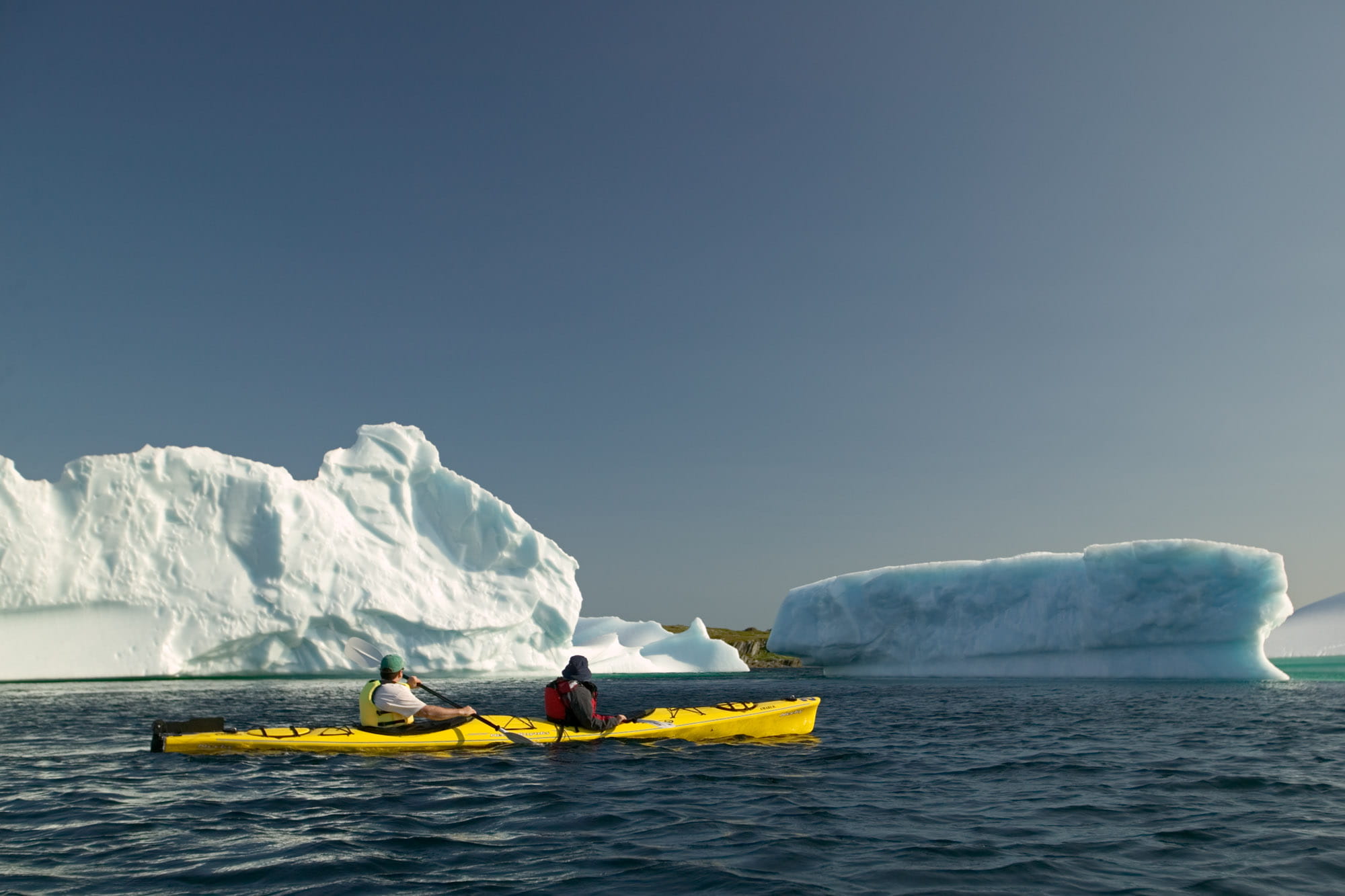 What should I watch for when looking at an iceberg?

Aside from an iceberg’s shape and size, look for colour streaks, caves and tunnels, waterline notches, and even large rocks embedded in the ice. A few years ago the carcass of an unknown animal was spotted in a berg. You’ll often see birds perched atop icebergs, and if they suddenly fly off, it might be a sign the iceberg is about to roll or break apart, a spectacular treat for the eyes and ears.

How close can you get to an iceberg?

Icebergs can be unpredictable, which makes them difficult to navigate around safely. When viewing icebergs from the water, it is recommended that you maintain a safe distance (D) – equal to the length of the iceberg (L), or twice its height (H), whichever is greater. Within this perimeter, there is a risk of falling ice, large waves, and submerged hazards. Safety should always be your first priority.

When is the best time to see icebergs?

Icebergs are best viewed in late May and early June along the coast of Newfoundland, and between March and July along the coast of Labrador. Bergs are actually most plentiful in April and May but are often trapped in sea ice that prevents tour boats from operating. Usually, the last bergs melt away near St. Anthony in the first week of August, a few weeks earlier around Twillingate and St. John's. It’s always a good idea to check with the Canadian Ice Service, local boat tour operators or Visitor Information Centres for current information.

When can I see icebergs, whales, and seabirds? 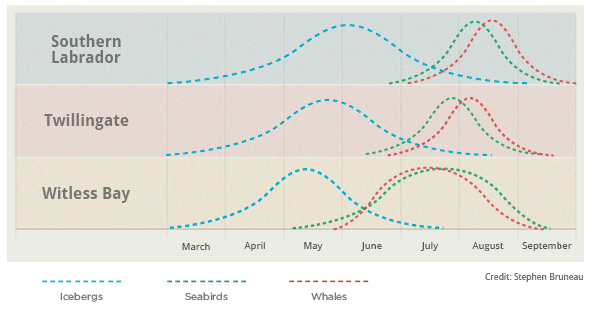 In some years and in a few areas of Newfoundland’s northeast coast, northward migrating whales and seabirds cross paths with southward drifting bergs. The number of bergs, water temperatures, the timing of bergs and migrations, and other natural factors have an effect. While the triple treat of this spectacle is not entirely uncommon, it should not necessarily be expected, even when travelling at the right time of year. Variations from year to year make it impossible to accurately forecast this most rare of natural wonders.

Where should I go?

On average, icebergs are more plentiful as one travels further north up the east coast of Newfoundland and Labrador. Some of the more popular places from which to view icebergs from shore, or from tour boats, are from north to south: Cartwright, Battle Harbour, Point Amour, St. Anthony, La Scie, Twillingate, Bonavista, St. John's/Cape Spear and Bay Bulls/Witless Bay. All of these are accessible by road. The first three are on the coast of Southern Labrador and can be reached by car ferry between St. Barbe and Blanc Sablon. Check with local tour operators, Visitor Information Centres and accommodations for iceberg conditions and tour information.

How far can I see from shore?

Viewing an iceberg from shore is affected by many variables: the elevation of viewpoint, the height of the berg, the clarity of atmosphere, and air/water temperature conditions. The chart below tells you what to expect from various distances.


What are popular spots for viewing icebergs from the shore?

For information on iceberg watching tours, check out the plan and book section of our website.