Getting to know the real Newfoundland and Labrador

Hotels and travel companies across the province offer visitors creative and adventurous ways to interact with the people of the region.

It's a province bursting with fascinating history and incredible stories. But how can visitors get to know the real Newfoundland and Labrador? It's all about the people, says Ken Sooley, owner of CapeRace Adventures, a travel company based in St. John's.

"People come to Newfoundland for four things: birds, whales, icebergs and hiking. But on exit interviews, 90 per cent say their best memory was with the people," says Mr. Sooley.

"The people of Newfoundland [and Labrador] are the memory makers. The stunning scenery takes second place."

That's certainly true for Lisa Wood and Norm Lofts. The Toronto couple has spent two vacations at the national historic site of Battle Harbour, on Battle Island off the coast of Labrador. Ms. Woods says they enjoy the beautifully restored buildings on the site, one of which dates back to 1780. They also enjoy the rugged landscape, the views of icebergs and catching glimpses of wildlife such as humpback whales, porpoises or one of the island's resident Arctic foxes. 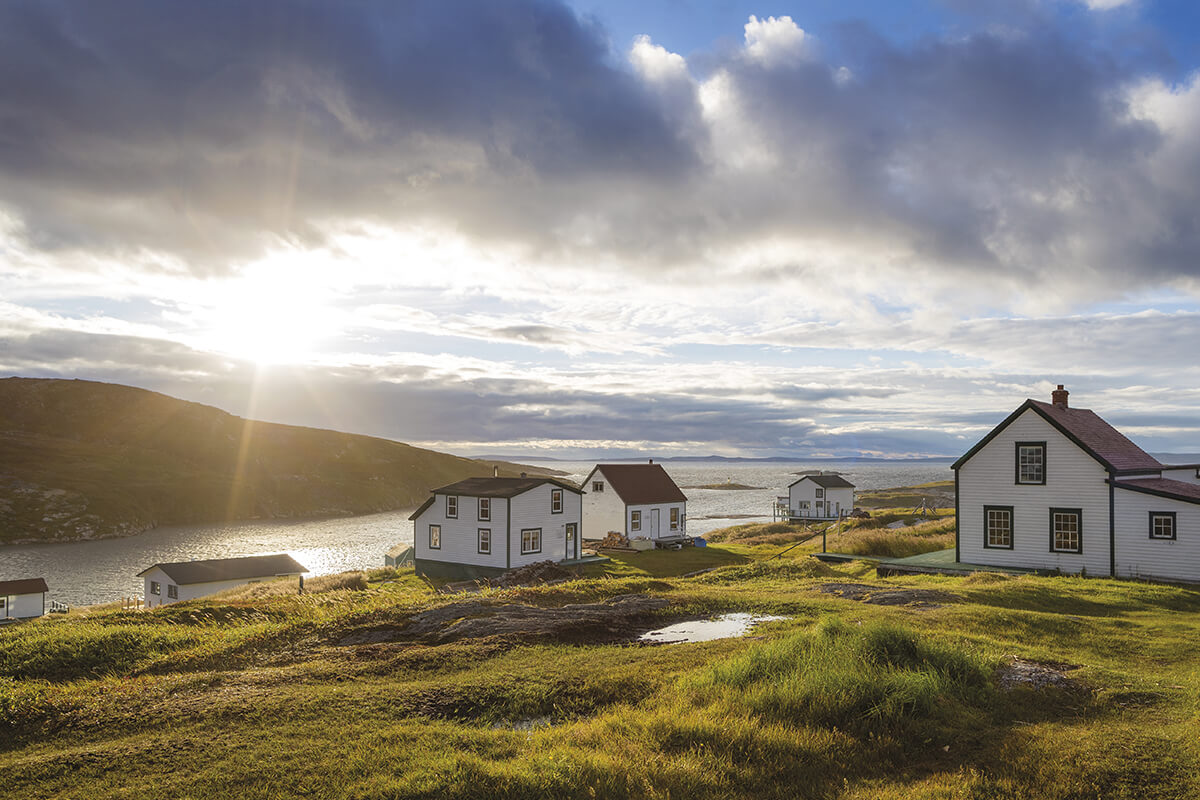 "As you pull into the island, a wave of excitement hits you. You think, I've never seen a place like this before, and it's part of Canada,ʼ” says Ms. Wood.

But the landscape is just the backdrop to conversations with the siteʼs 16 staff members, all of whom are long-time locals who share their stories in between baking bread, doing repairs and making beds.

"When you meet the people, there's such a meaningful connection with their history and the history of this country," says Ms. Wood. 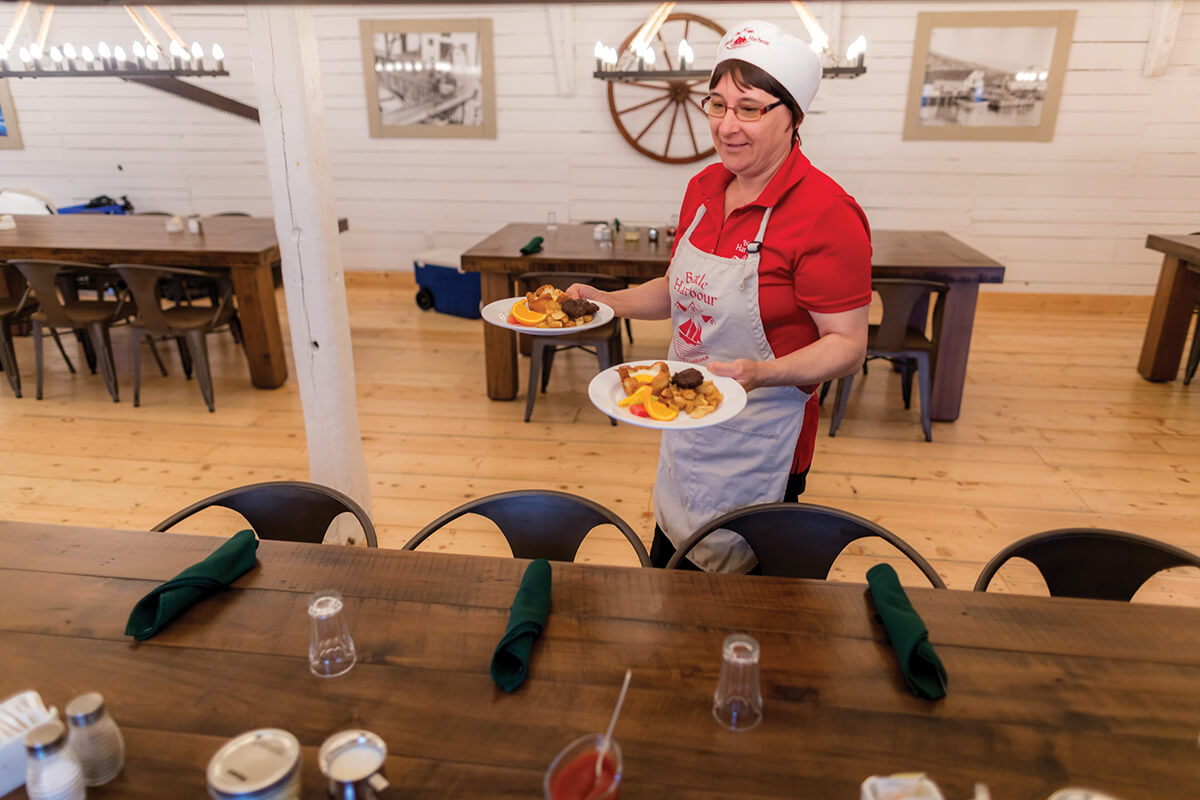 Visitors also enjoy getting to know the locals who work there. Photo credit: Dru Kennedy Photography

For example, there's Daphne, who works in the kitchen of the Battle Harbour Inn. Daphne baked her first loaf of bread at age nine and likes to share tales from her great-grandmother, whose own father came to Newfoundland as a cabin boy on a schooner. Then there's carpenter and tour guide Nelson, who tells stories of fishing as a young child and helping with the early restoration work on Battle Harbour in the 1990s.

Another kitchen staffer, Myrtle, talks about bringing along a log for the fire every day she went to school in Battle Harbour. Now, she lives on a nearby island, and her husband gives her a ride to and from work every day on a small power boat.

It doesn't take long for visitors to discover that Newfoundland and Labradorʼs best assets are its residents. Thatʼs why travel and tourism organizations across the province have set up creative ways for visitors to authentically interact with the people of the region.

At the community-owned Fogo Island Inn, a luxury property on Fogo Island (off Newfoundland's northeast coast), visitors get at least one afternoon with a local community host who gives them a private tour of the island. 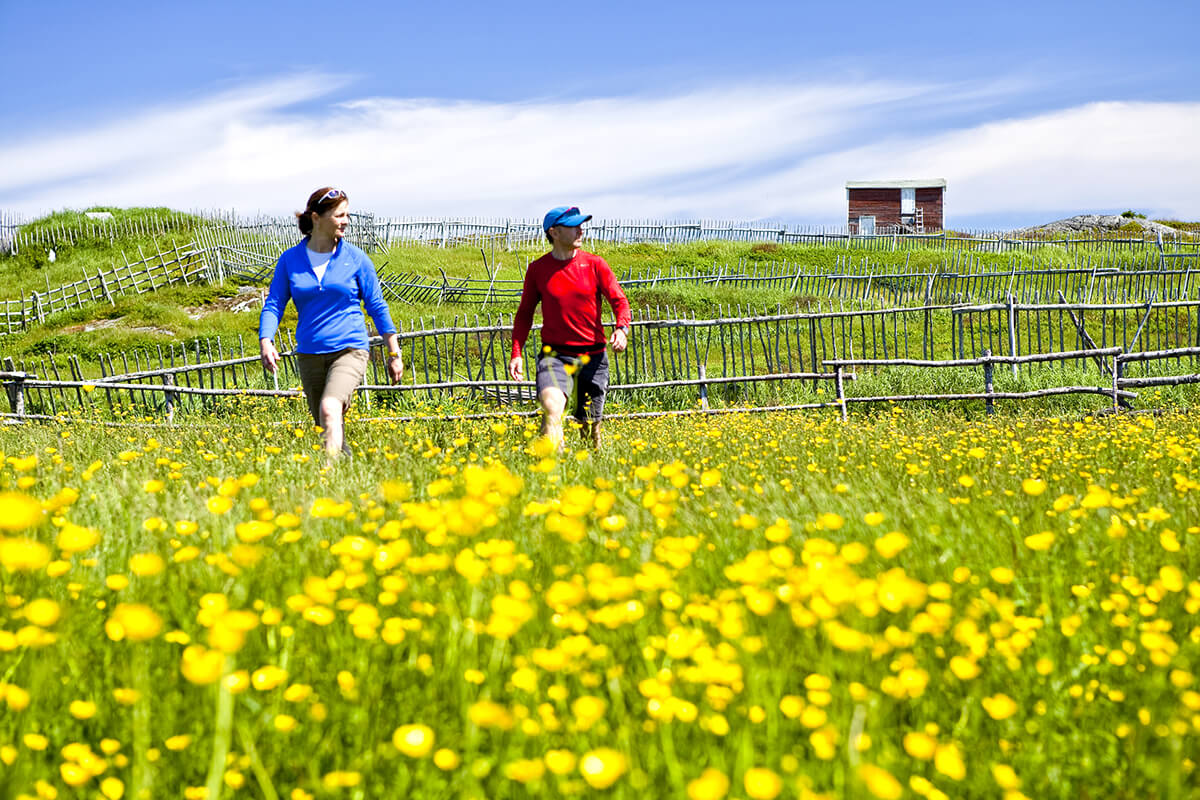 The Fogo Island Inn connects guests with community hosts who give them a private tour of the island. Photo credit: Ron Hann

Staff at the inn get to know their guests before selecting the perfect community host, says Amanda Decker-Penton, director of guest experience for the inn and a 9th-generation islander.

"Then we call up the community member and say, 'We have so and so here and they'd like to learn more about this, would you mind taking them around?' And they always say, 'I'll be right there,'" says Ms. Decker-Penton. The inn requests that the host drive the guest around to see the 11 communities on the island, and after that, it's up to them. 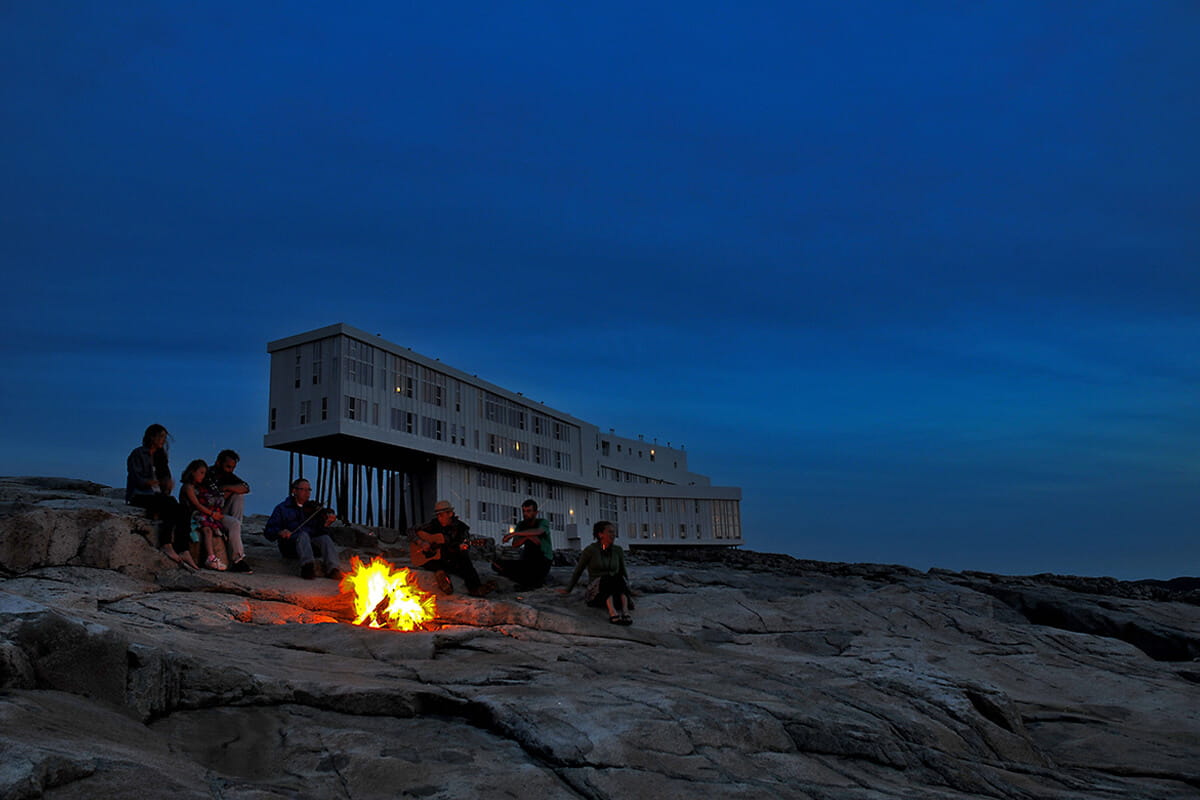 One popular host, Roy — everyone calls him Mr. Roy — is a retired schoolteacher, fisherman and writer. He shows guests fishing grounds and captivates them with his storytelling skills, recounting the challenges locals faced during Newfoundlandʼs resettlement programs and the collapse of the cod fishery in the 1990s. Mr. Roy often takes guests home, where he and his wife Christine show them their garden and offer them tea and homemade snacks.

Another couple, Marie and Aubrey, have expertise in sustainable fishing and a long relationship with the local fish processing plants, all of which are cooperatively owned.

While hosts are supposed to take guests around for an afternoon, Ms. Decker-Penton says these outings can run long. For example, "sometimes fish plant tours go on for hours," she says. "However long it takes."

CapeRace Adventures, meanwhile, has a clever approach for getting people from different worlds to come together in unscripted ways. Mr. Sooleyʼs company's Eco-Culture Experience offers visitors a car, the keys to three coastal homes in St. John's, Heart's Delight and Bonavista and a custom guidebook that's printed on demand.

"We pepper the books with hidden agendas," says Mr. Sooley. One edition suggested a California couple take a particular hike. On that hike, they met a musician and bought his CD. Later, they saw the same man working on his garden in town. He invited them in and they were treated to a private concert.

One guidebook might suggest that guests visit a particular remote general store and talk to the owner, who has great stories to tell. Or it may lead them to a goldsmith in St. Johnʼs who takes old coins and makes them into jewellery.

"We keep moving things around to reduce the tourist footprint," says Mr. Sooley.

While some guests follow the breadcrumbs and meet lots of people, he says, others who are more reserved may have just a few choice experiences. 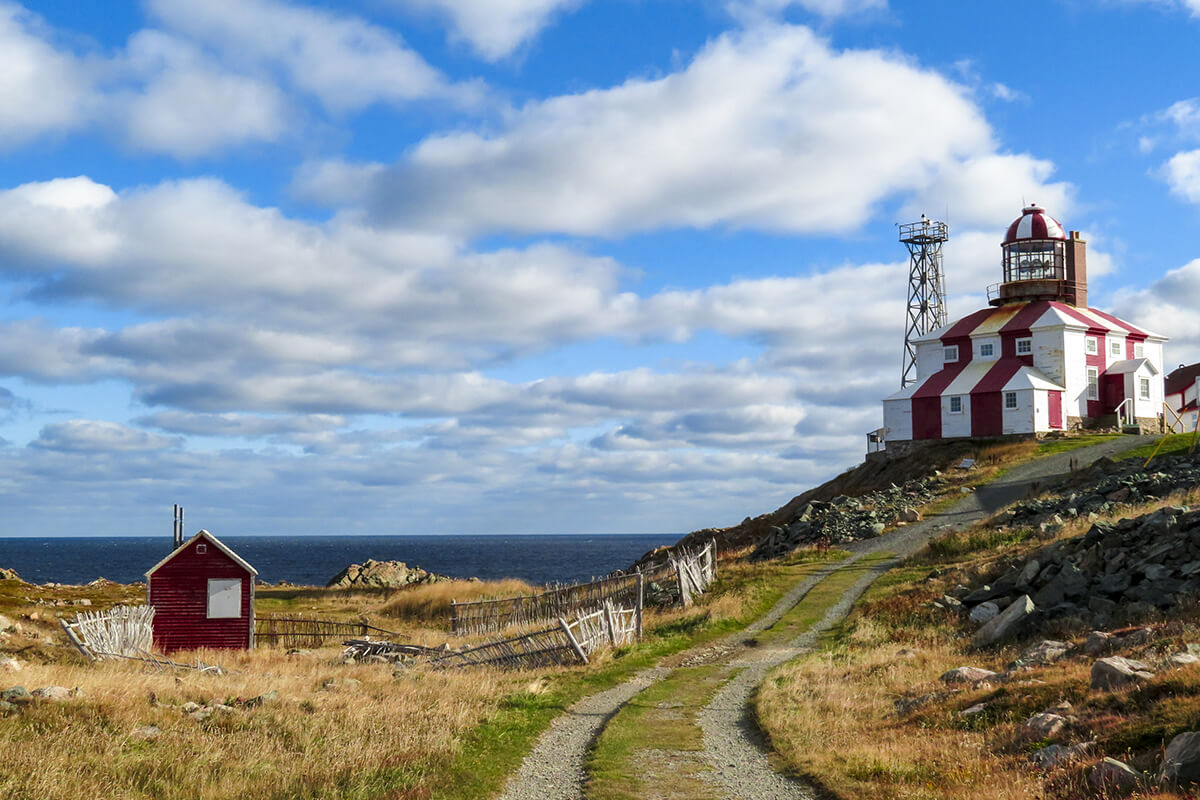 CapeRace Adventures provides visitors with a custom guidebook that allows them to explore places like Bonavista and maybe make some friends along the way. Photo credit: Ray Mackey

Some end up making their own adventures, adds Mr. Sooley. One visitor to a remote town asked a local resident why the laundromat was closed on a Sunday. That person had no idea, but took the tourist's laundry and told her to come back at 6pm and it would be done.

"[When] she picked up her laundry, [the two] had a chat and a beer and then she went on her way," says Mr. Sooley.

While absurd just about anywhere else, that's just the kind of thing that happens in Newfoundland and Labrador. 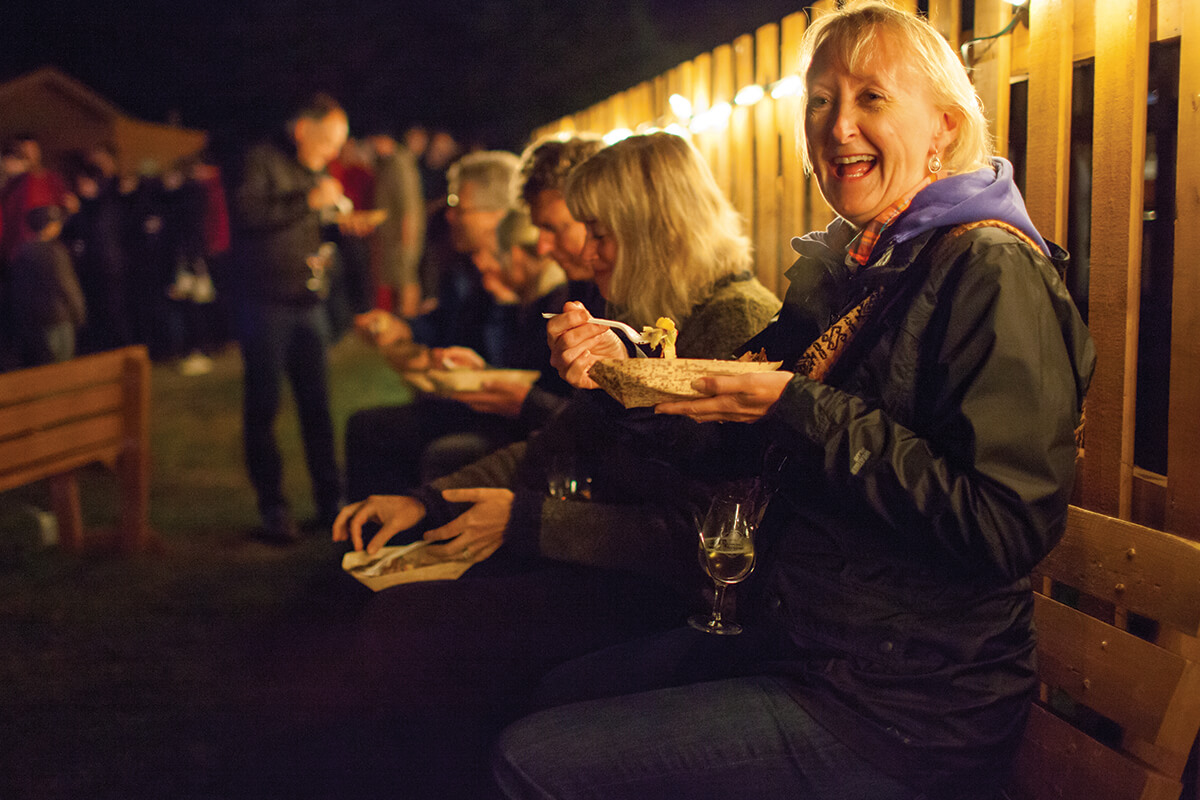 Advertising produced by the Globe Content Studio. The Globe's Editorial department was not involved.

This content was produced by The Globe and Mail's Globe Content Studio. The Globe's editorial department was not involved in its creation.