Never have I had a town and its inhabitants impact me so heavily and quickly as Francois, Newfoundland.

A narrow opening along the southwest coast leads you into a steep, rocky fjord where you’ll find the picturesque fishing town clinging to the bottom of high cliffs. However, this isn’t just any town. There are no roads or cars, just boardwalks for ATVs, snowmobiles, and foot traffic. A short but steep hike above the village leads you into a vast and stunningly rugged backcountry full of high hills and ponds. Made up of 65 friendly residents and rich in history, Francois is like stepping back in time into a bygone era of the province. It was the perfect focus for our second trip to Newfoundland and Labrador. Last year, we went to Gros Morne National Park with a couple of friends to complete the famous Long Range Traverse. The sheer scale of Western Brook Pond and the surrounding landscapes blew our minds, but by spending nearly all of our time out in the backcountry we didn’t allow for much opportunity to truly experience the people and culture that Newfoundland is known and loved for. Still, the province stole our hearts and we vowed to return.

This time around, the southwest coast provided the perfect combination of immense nature with strong culture and genuine hospitality. As it is accessible only by boat or helicopter, we took the once-a-day ferry from Burgeo for five hours along the remote and rugged coastline. The route ran parallel to harsh, windswept and eroded rocky cliffs and deep fjords. It looked similar to but not quite like a lot of places—Iceland, Scotland, Norway, even Hawaii in parts!

Upon arriving in Francois, we were helped off the boat and greeted by Nancy and George Durnford, part of a family lineage that has been an integral part of the community since the 1860s. George loaded up our gear on an ATV, while Nancy walked us through town to our charming vacation home that the couple takes care of on behalf of The Old Salt Box Company. She showed us around with casual and genuine pride, and spoke of the glory days when the town’s fishing boom population reached over 300. We settled in with our guide Steve, and planned what we would like to do with our time. We had intended to spend the first couple of days on an overnight hike in the highlands, but our luggage with camping gear got lost in transit. We like to live by the motto “it’s not an adventure until something goes wrong”, so this mishap ended up being a blessing in disguise, and led to our favourite part of the trip.

While planning our trip to Newfoundland, we had researched an area on the south coast called Devil’s Bay, home to a massive granite rock face known locally as the Blow Me Down Wall, rising nearly 400m out of the Atlantic and perfect for rock climbing. It resembles Yosemite National Park but on the ocean. We tried to plan a way to fit in into our trip to Francois, but it didn’t seem possible this time around. Since we no longer had our camping gear, we asked George Durnford if he knew anyone who might be willing to take us out on a boat to explore the nearby areas from the water in true Newfoundlander style, and he immediately answered “yeah George Fudge’ll take you out”! The next morning, sure enough, local legend George Fudge showed up in his pride and joy, a boat called “the Royal Oak”. Not only was he willing to take us for a ride, but he told us—quite casually—that he would take us right into Devil’s Bay to see Blow Me Down up close and personal. Incredible. At this point we were pretty thankful that our luggage was lost; we will forever be indebted to George and his family for the adventure that followed. We all climbed aboard and watched as the shores of Francois became distant. Before heading into Devil’s Bay, we pulled into the next fjord over from Francois, to a collection of about ten small cottages and trailers. This is Cooper’s Cove, where a small portion of the population of Francois go to escape the hustle and bustle (haha). We anchored in the bay and hopped into a rowboat, and George muscled us into shore. His lovely wife Doris was waiting there fixing up some lunch and tea for all of us while we yarned with the neighbours. After getting a taste (literally) of what life in the Cove is like, we rowed back to the Royal Oak and continued onwards. As we approached Blow Me Down, we were rendered speechless while George spewed casual stories of first ascentionists as porpoises jumped alongside us, welcoming us to Devil’s Bay. While in its shadow, we had already begun scheming our return to the Yosemite of the sea, next time with climbing gear. 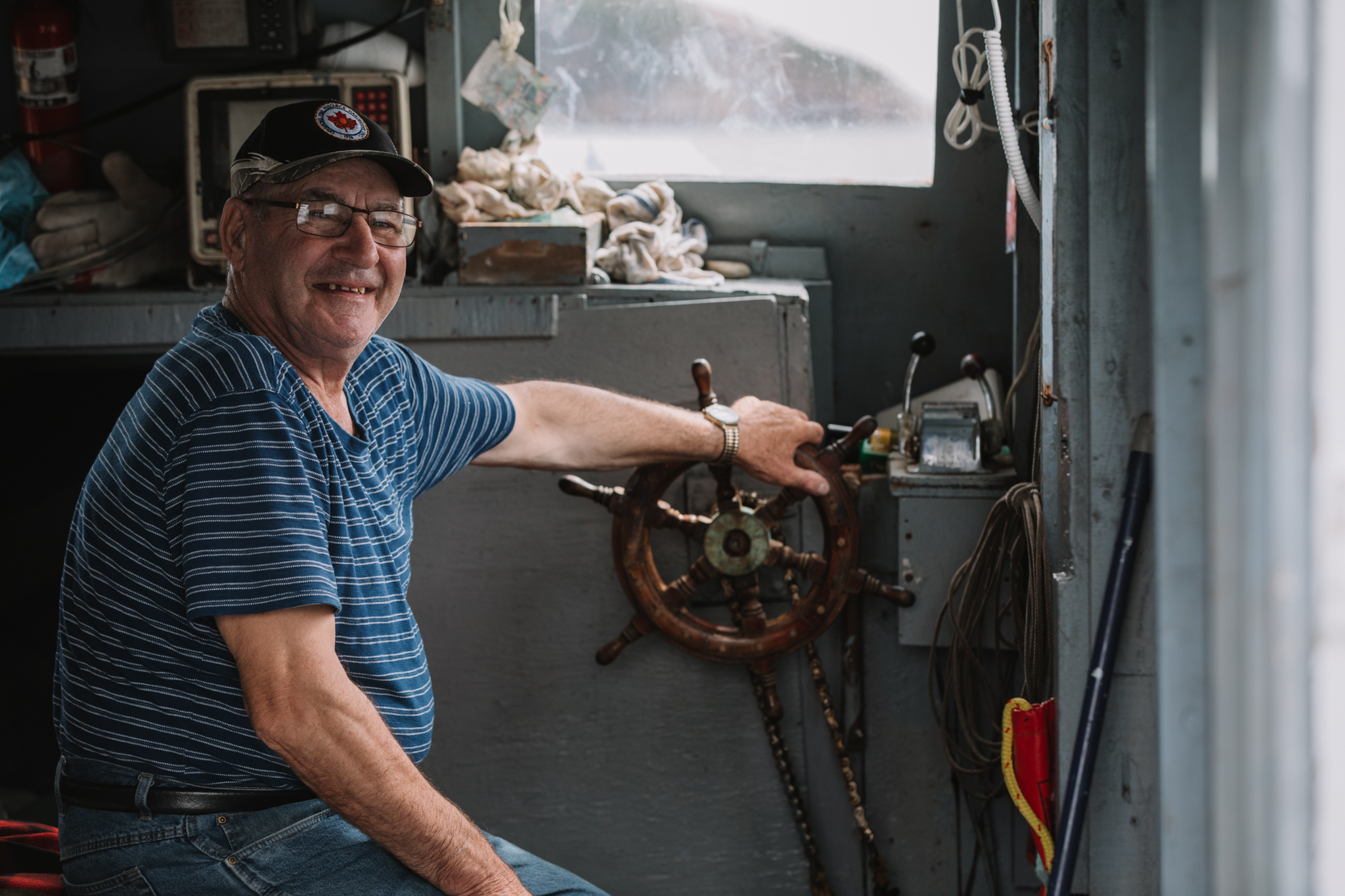 Once back in Francois, we were still able to fit a lot of short hikes and exploring in before departing. It wasn't easy to leave as we were starting to feel comfortable and at home there but we look forward to returning again in the future!

A special thanks to Hayley and Taylor for this remarkable essay and photography. If you want to plan your trip to #ExploreNL, you can get started right here on our website with our Plan and Book tool.