The Burin Peninsula is home to some of Newfoundland and Labrador’s best kept secrets. With a beautiful landscape and some of the friendliest and most authentic people around, there’s no reason why the “Sunny South” (as locals lovingly call their home peninsula) shouldn’t be included in your Newfoundland and Labrador vacation. Looking for authenticity and a truly off-the-beaten path experience? Here are our four favourite hidden gems of the Burin Peninsula.

The Provincial Seamen’s Museum in Grand Bank is run by the Rooms (Newfoundland and Labrador’s provincial museum and archives) and boasts an impressive collection of artefacts depicting Newfoundland and Labradorians’ connection to sea and land from the 1800’s to present day. The building itself is an architectural wonder; it resembles the sails of a schooner and was originally used as the Yugoslav pavilion at Expo ’67 before being moved to Grand Bank in 1971. 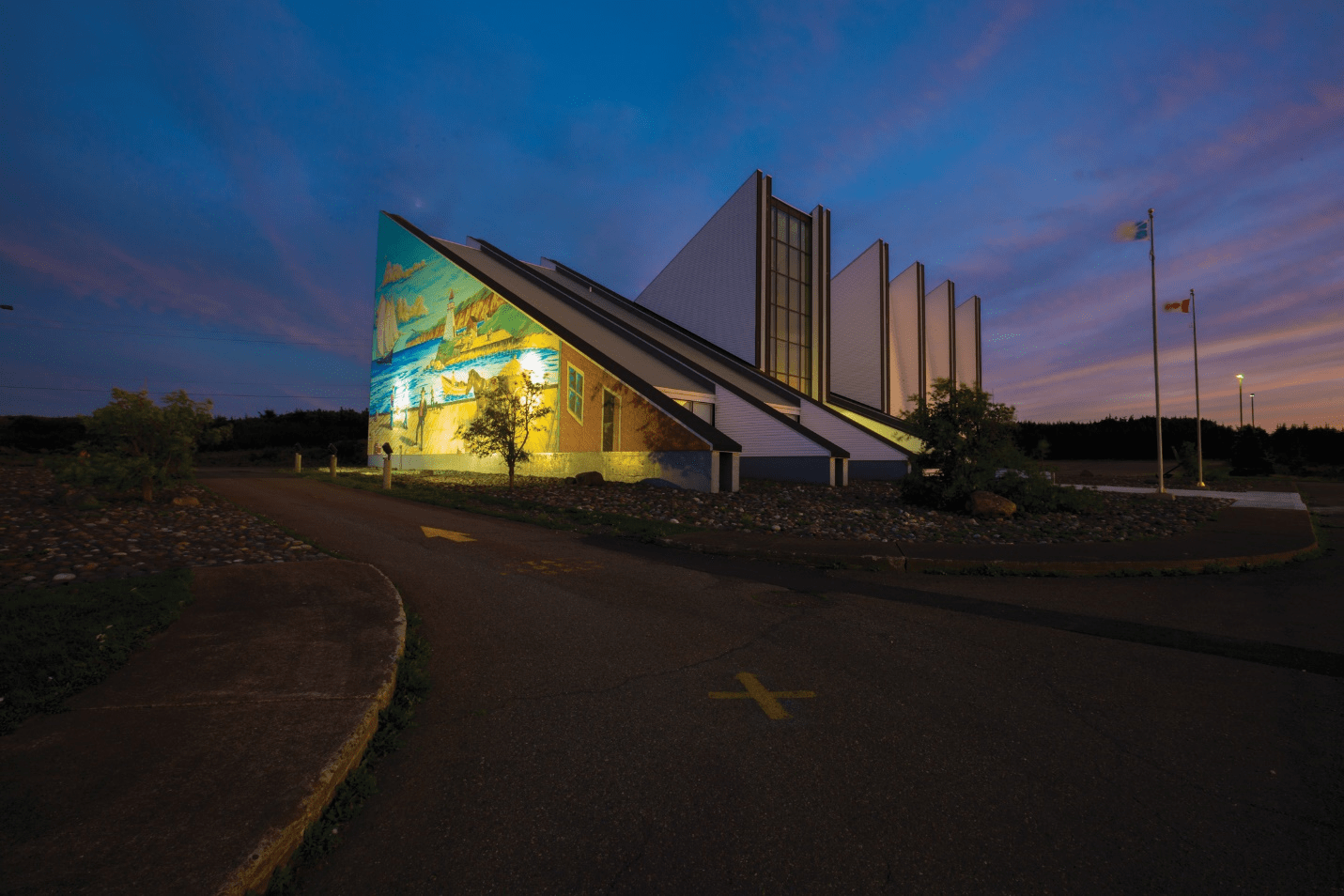 The architecture of the provincial Seamen’s Museum resembles the sails of a schooner. Inside, you’ll find an impressive selection of artefacts dating from 1800 to present.

While you’re in the area: Grand Bank is home to some beautiful heritage homes. Take a drive around; you’ll find plenty of photo ops! Want to make a night of it? Book a room at one of the town’s quaint B&B’s, like Abbie’s Garden or Fishermen’s View, and enjoy an evening of theatre at the Grand Bank Regional Theatre. 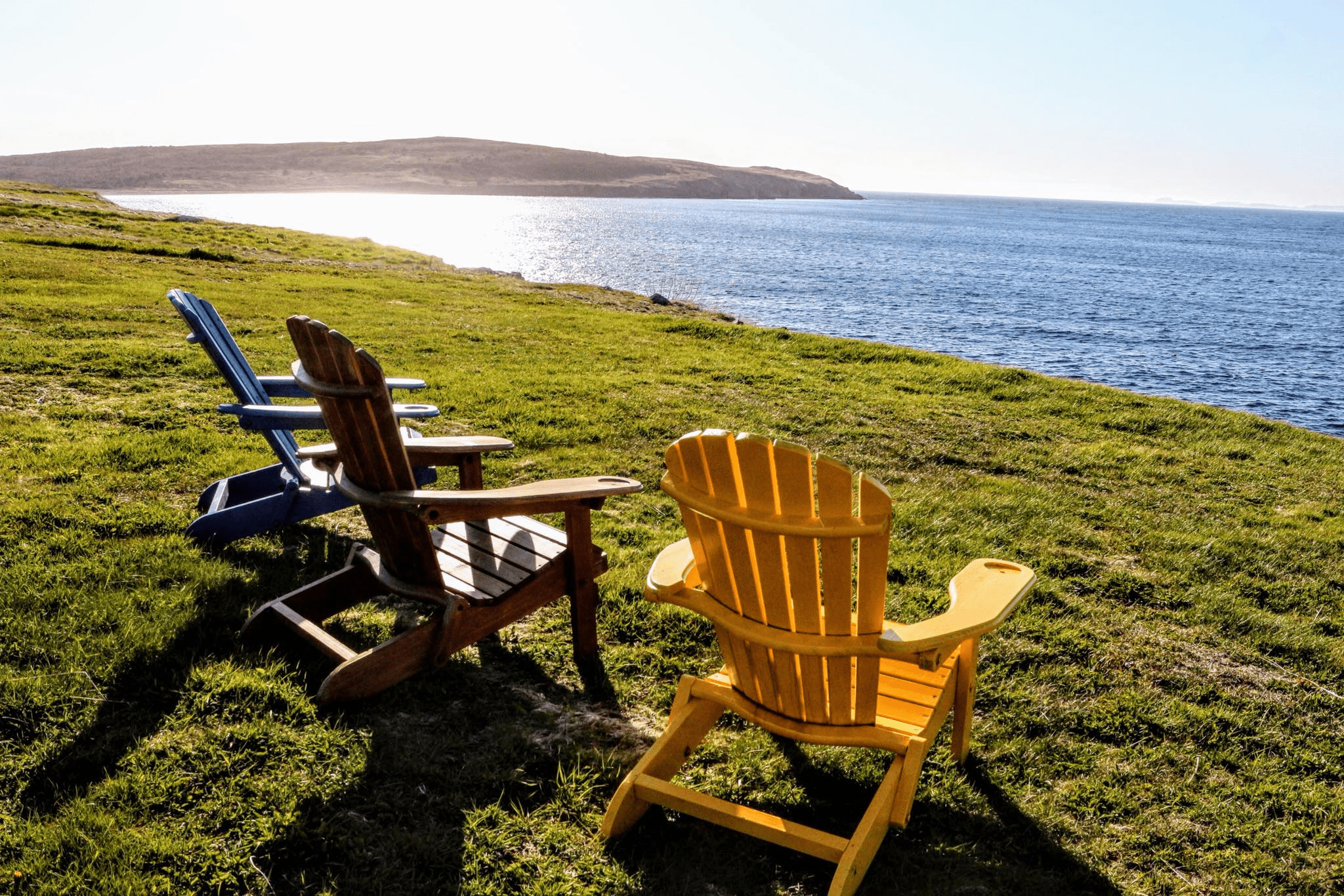 Enjoy the view over Fortune Bay from the back yard of the Fishermen’s View B&B in Grand Bank. Photo courtesy of Kathi Stacey.

Did you know that you can board a ferry in the small town of Fortune, Newfoundland and end up in France? Saint-Pierre et Miquelon is a tiny French archipelago located just off the shores of the Burin Peninsula. To book a crossing, visit www.spm-ferries.fr, or pop into the ferry office on the main road in Fortune. The sign over the ferry terminal reads “France-Canada border crossing”; talk about a unique photo op! 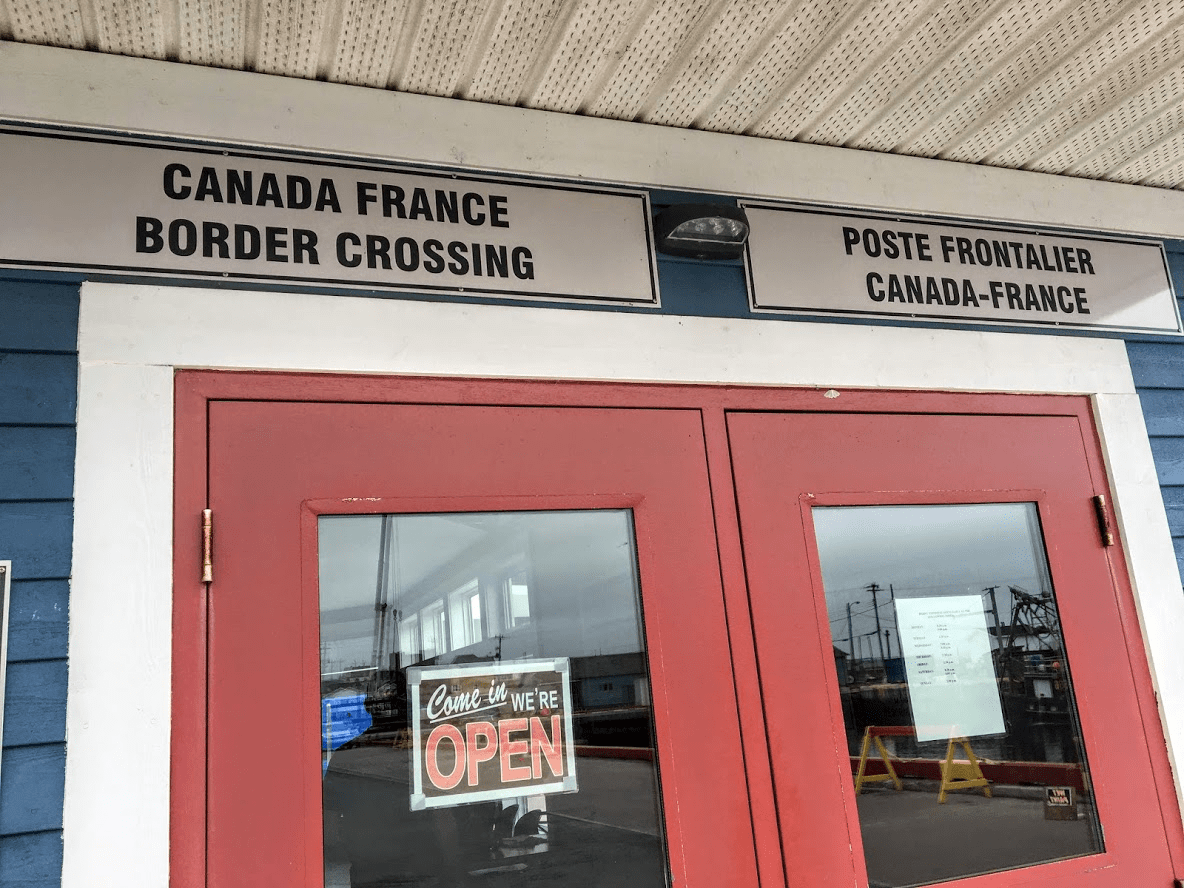 In Fortune, you’ll find the world’s only France-Canada border crossing!

While you’re in the area: Fortune is home to a functional harbour, lined with colourful fishing stages and boats. Take a stroll along the harbour to see fishermen cleaning their catch or patching nets and lobster pots. If you’re lucky enough to be invited inside a fishing stage, keep an eye out for trap doors that were once used for rum running to and from the French islands! Want to take a side trip to France? Visit www.spm-tourisme.fr to plan your trip. 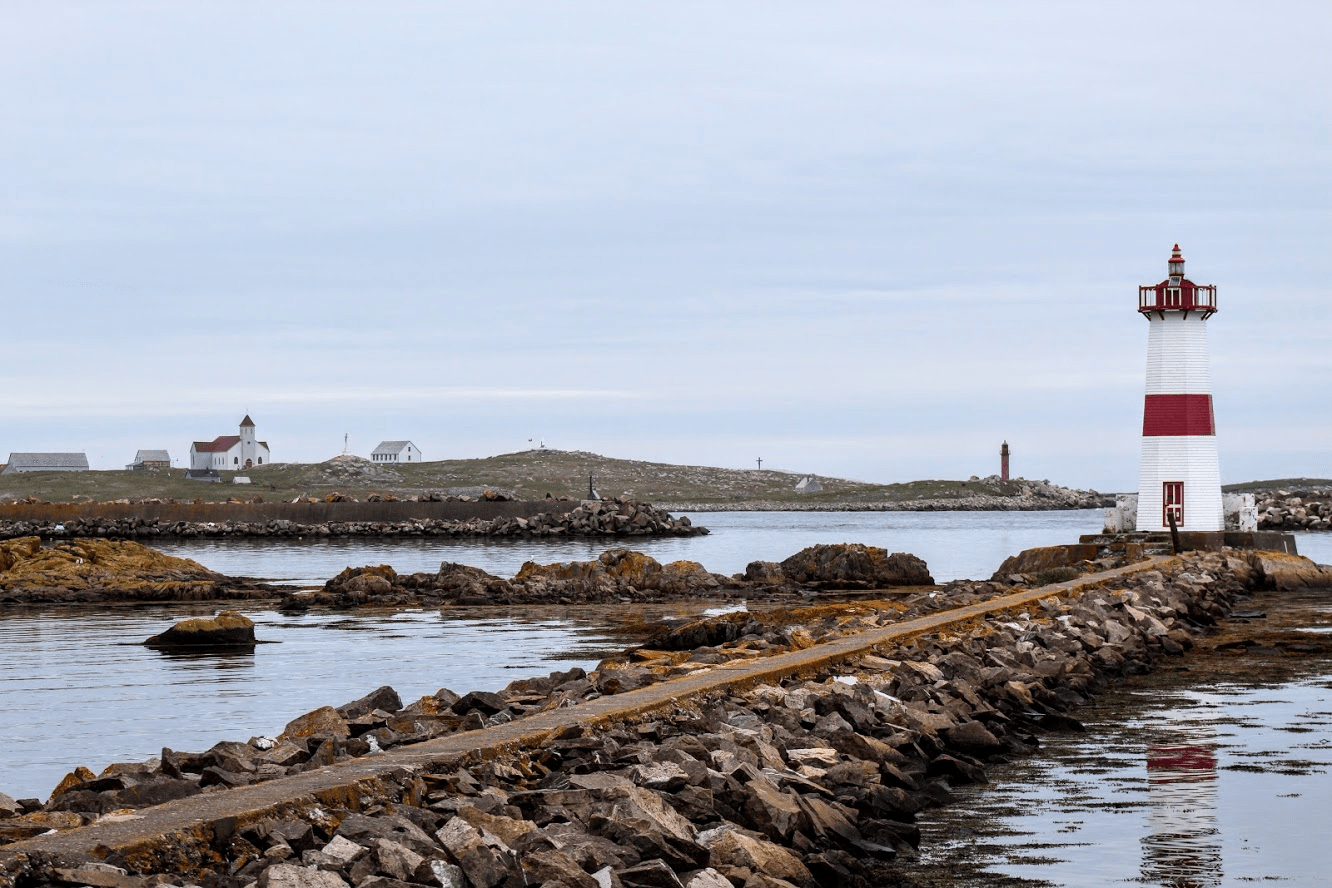 A beach day in Newfoundland? Absolutely! Sandy Cove Beach is the pride and joy of Lord’s Cove, and it isn’t hard to see why. This pristine sandy beach is the perfect place to spend a sunny afternoon; you can even bring along a picnic lunch from The Pantry located nearby. A shallow freshwater stream runs along one side of the beach, making it an ideal place for children to play. 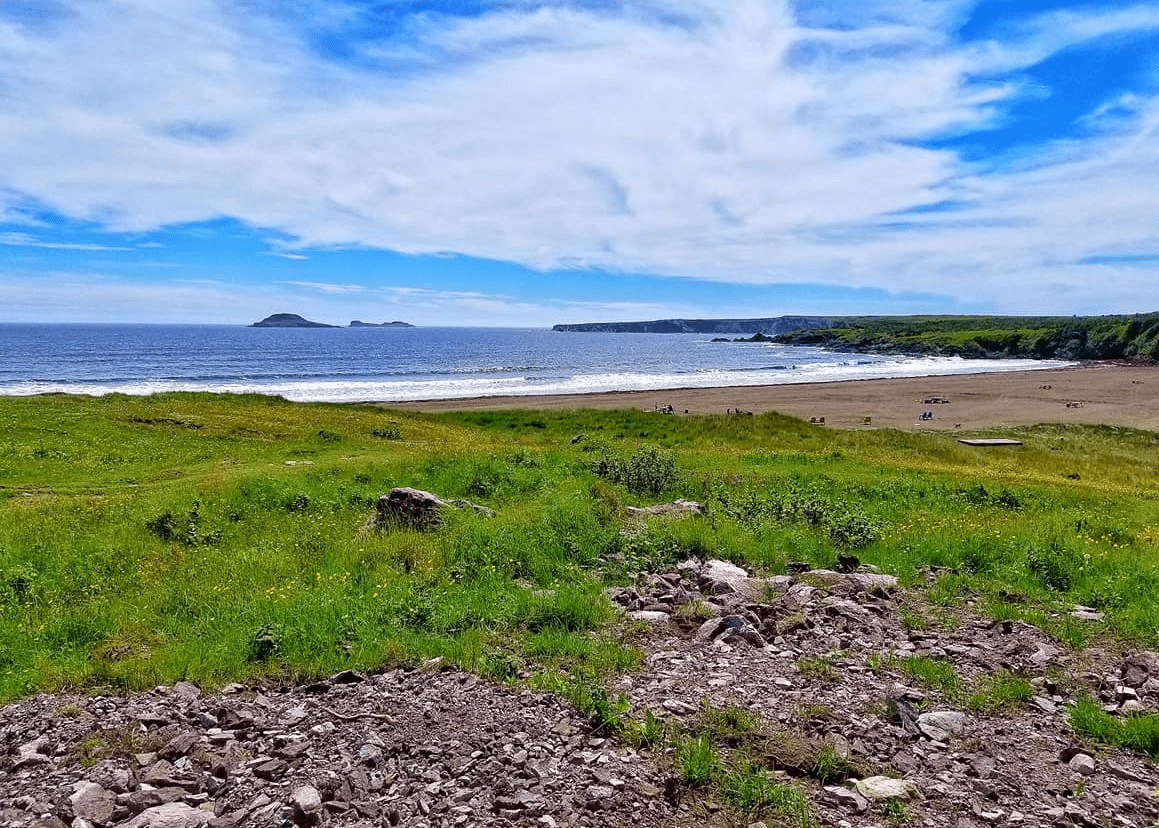 Sandy Cove Beach is the perfect place to spend an afternoon! Photo courtesy of Alicia Hopkins.

While you're in the area: The Lawn Bay Ecological Reserve is near Lord's Cove, and it protects the only breeding colony of Manx Shearwater in North America. You can spot the reserve's three islands on the drive from Lawn to Sandy Cove, and if you have binoculars, you might even catch a glimpse of the birds!

The scenery at Chamber Cove is breathtaking, but you’ll be even more in awe after learning about the events that transpired here in February 1942. Take a guided hike along the Trails of Valour with Laurentian Legacy Tours to immerse yourself in the story of the USS Truxtun, its victims and survivors, and the Newfoundlanders who courageously rescued 186 men despite unimaginably harsh conditions. Along the way, you’ll also discover the area’s unique geology and history as you enjoy cliffside views over breathtakingly blue water. 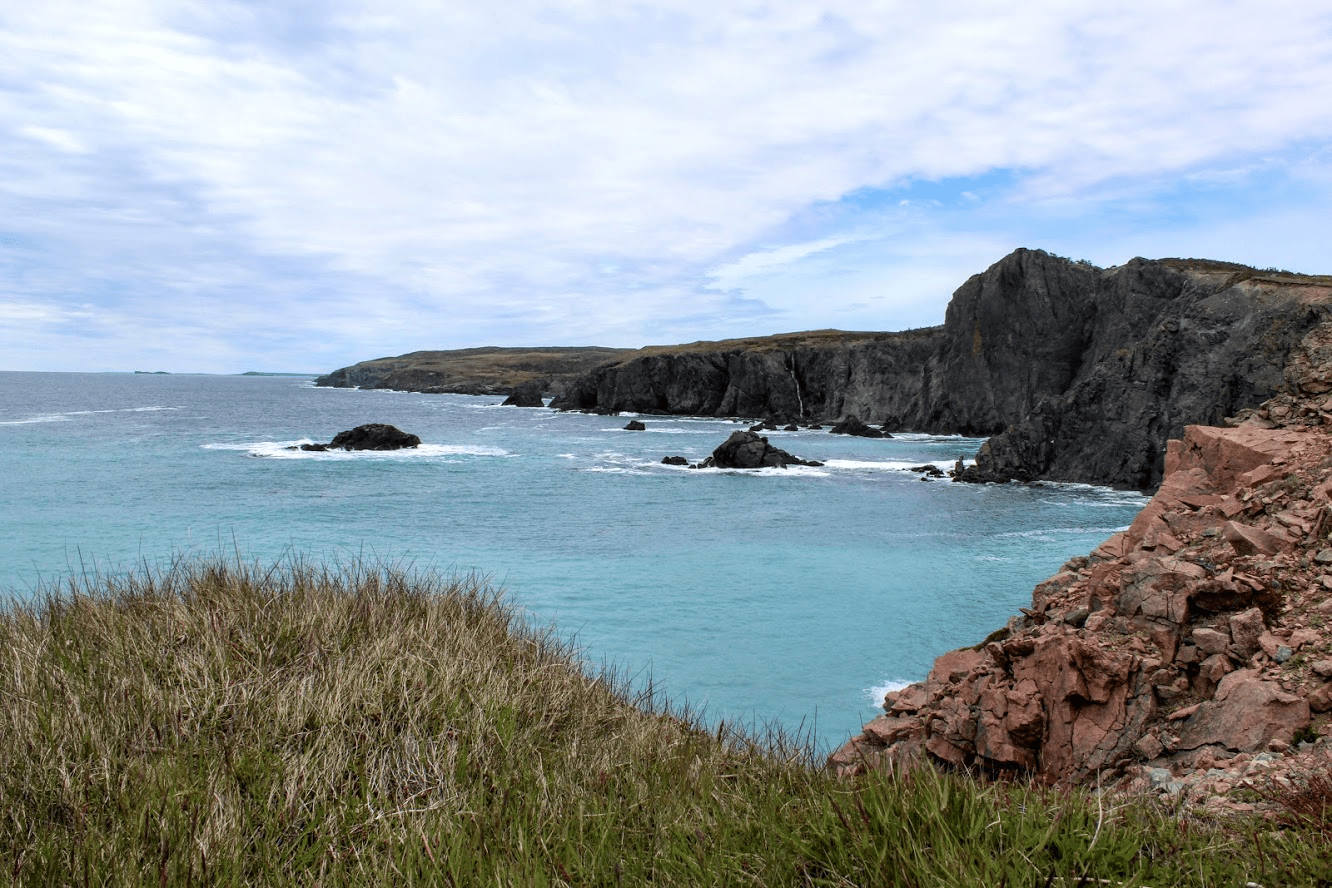 The scenery and history of Chamber Cove will take your breath away. Photo courtesy of Danielle Ambs.

While you’re in the area: View artefacts from the Truxtun and Pollux disaster and learn more about St. Lawrence’s mining history with a visit to the Miner’s Museum, which also houses a jewelry workshop where local staff polish the region’s fluorspar into one-of-a-kind pieces. Work up an appetite by polishing your own piece of fluorspar before grabbing a bite at the newly-opened Lunch Tin Café.