by Newfoundland and Labrador

Newfoundland and Labrador has seen its fair share of frosty giants come and go over the years. Meandering their way along our coastline through waters known as Iceberg Alley, these rare collections of arctic cathedrals make a lasting impression with onlookers, with some even gaining fame and international notoriety. Check out this collection of some of the most famous icebergs from over the years, and be sure to visit IcebergFinder.com with current sightings during iceberg season from April/May to August.

In 1912, an iceberg just like the ones we see each year was responsible for sinking RMS Titanic, only 400 miles off our coast. When RMS Titanic struck the iceberg, its distress call was picked up at the Marconi station at Cape Race, where it was heard by 14-year-old Jimmy Myrick, who ran to fetch the absent operator and raise the alarm. Since those days, safety at sea has vastly improved with an International Ice Patrol, global cooperation, vigilance, and satellite and technology. But this tragedy serves as a reminder of the importance of safety around icebergs while at sea. 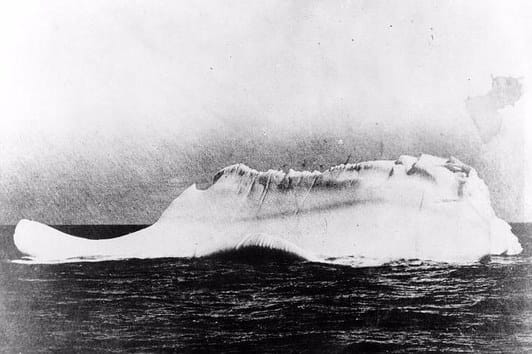 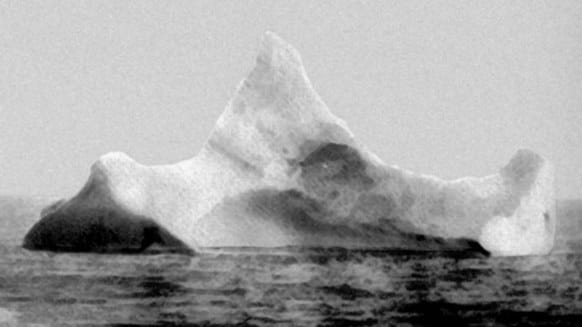 On June 24, 1905, the 'Crystal Lady' made a famous appearance outside the narrows in St. John's. Exactly 109 years later, this image was captured by Captain David Boyd of the Prime Berth Fishing Heritage Centre. The timing of this wondrous iceberg was quite significant. Learn why here. 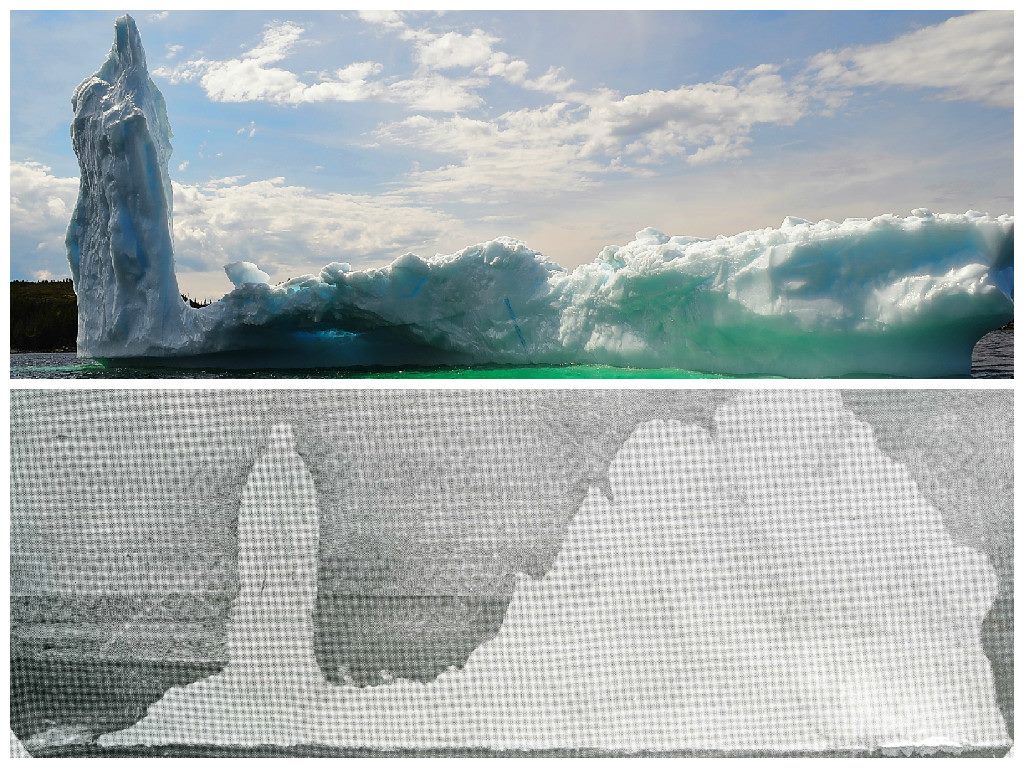 On occasion an iceberg will retrace the steps of one of its ancestors, surely a coincidence we know, but the similarities are unmistakable in size and location. Take for example the tale of two bergs grounded off Fort Amherst in St. John’s, many years apart. The first photo from 1996 was captured by local photographer Don Lane and became an iconic print worldwide. The second photo was captured 20 years later by Shawn Hudson. The similarities are uncanny as you can see below and in this link.

During iceberg season it is not uncommon to capture a stunning photo of these glacial works of art. However, it is rare to see an iceberg calve in the moment, let alone catch it on camera. This video of an iceberg collapsing in Twillingate from the 2008 iceberg season went viral, and you can see why.

Imagine an island of ice, originally five times the size of Manhattan, clearly visible from space, with its own ecosystem of melt ponds, waterfalls and wildlife. That was the Petermann ice island which calved off the Petermann Glacier in Western Greenland in 2010 and slowly made its way through Iceberg Alley over the next several years. 2011 brought an immense amount of icebergs around the Northern Peninsula and southern Labrador, with slabs of iceberg ice in every tickle, cove, and harbour.

2014 was a bumper year for iceberg viewing with a record numbers of bergs along Newfoundland and Labrador’s coastlines. This archway shaped beauty delighted photographers and explorers alike by providing all kinds of interesting framing opportunities within the frozen architecture of passing ships and wildlife. People were showing up every day watching the arch take different forms and waiting for its collapse.

Icebergs come in all shapes and sizes, and a great example was this unique berg doing its best impression of the dark knight. The caped crusader, Bruce Wayne’s secret persona, the hero we need: Batberg! Spotted in Little Bay Islands in 2014, this berg made national news and is one of many bergs to go viral. Almost as if it was carved on purpose, Batberg was just so striking in its resemblance to Batman it’s a wonder if it was a signal from Commissioner Gordon himself. 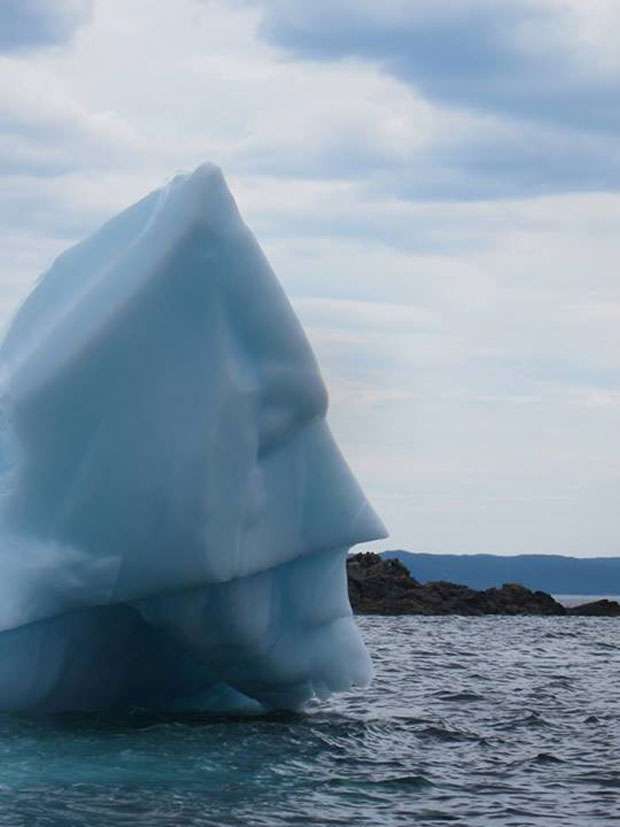 If you’ve ever wondered what a high-rise looks like around here, this is it. These giants featuring a distinctive tower were grounded off Little Harbour in 2017, Goose Cove in 2018, and Fogo and Salvage in 2014. Conveniently placed for great photo ops, the buildings in the foreground lend some perspective to the true size of these chilly giants. The monstrous mountains of ice are more unbelievable additions to our list of famous icebergs. Can you believe that these images only represent 10% of the whole berg? Remember, 90% of it is underwater.

What passes for a high-rise in #ExploreNL. Photo: Little Harbour Twillingate by Doreen Dalley #IcebergsNL #ExploreCanada

A post shared by Newfoundland Labrador Tourism (@newfoundlandlabrador) on Jun 27, 2017 at 11:18am PDT 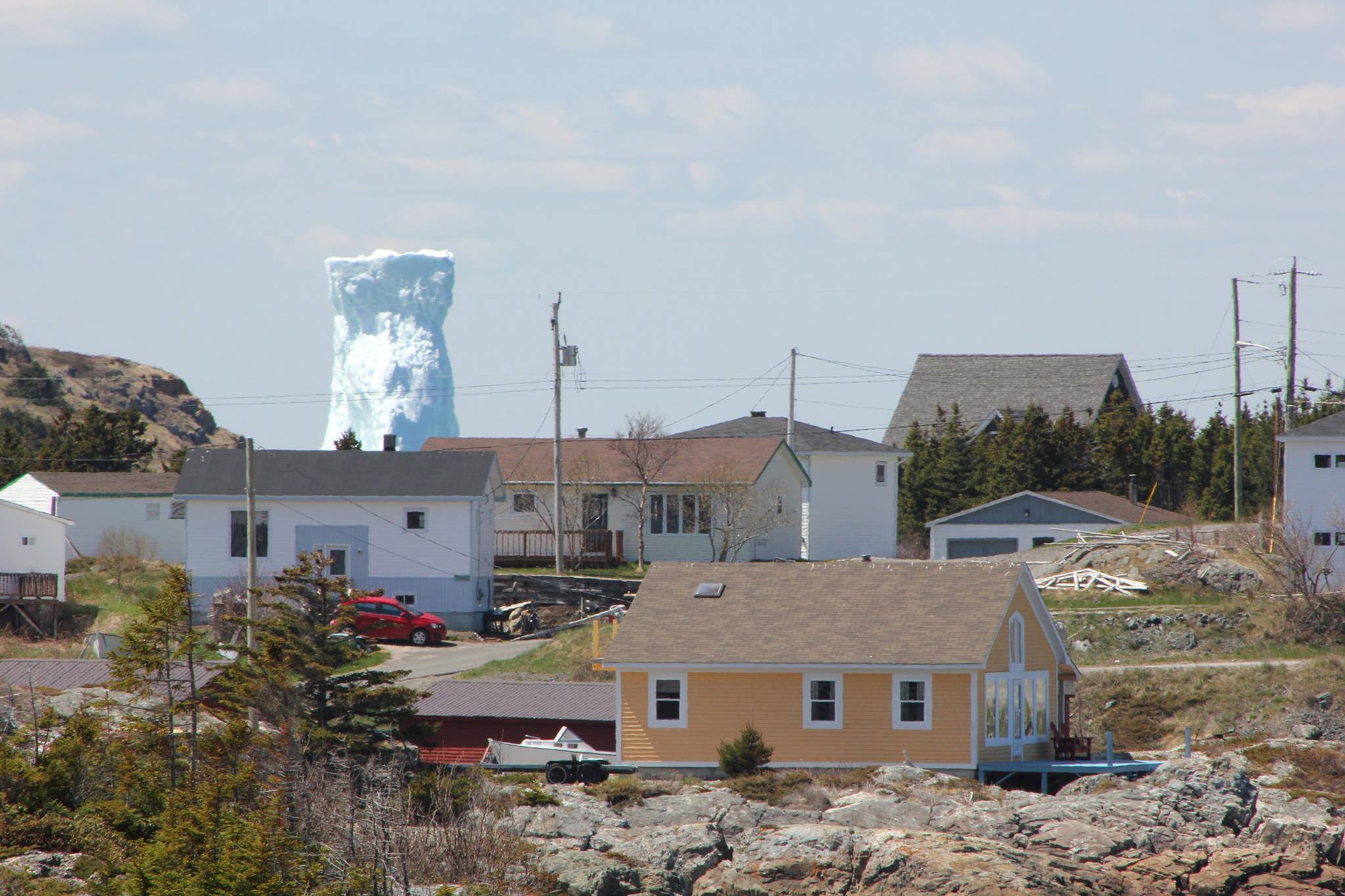 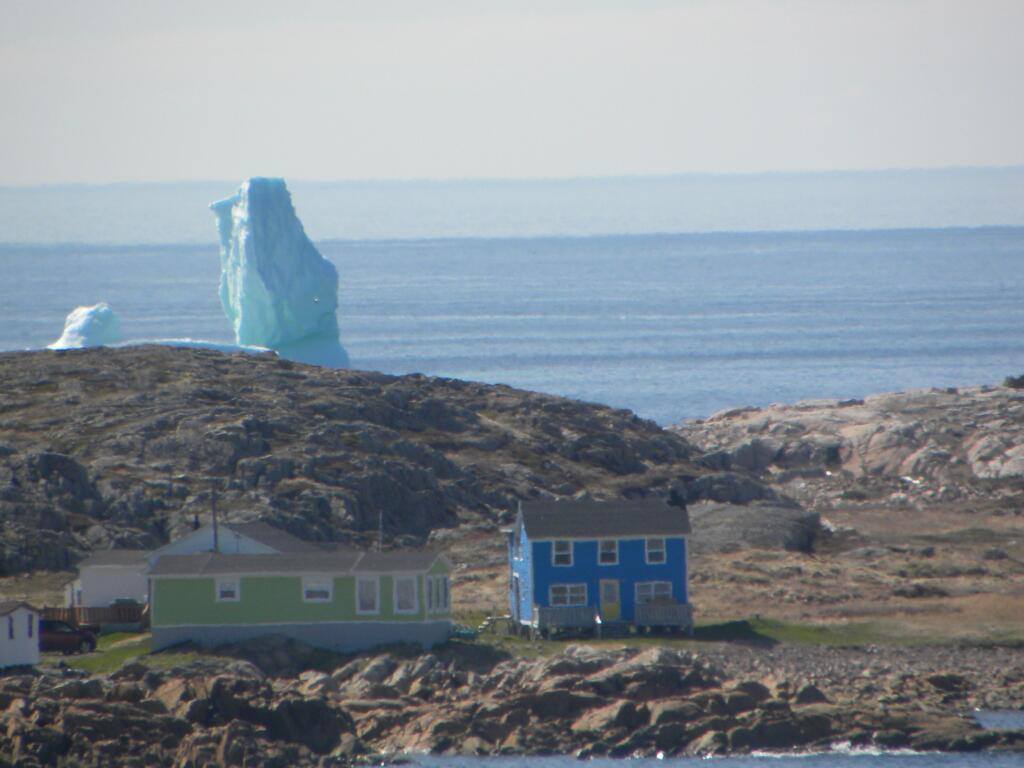 This 2017 behemoth became a social media star with international fame. A photo of it by Michael Winsor (Newfoundland Photo Tours) even ended up on a Canada Post stamp! Thousands flocked to the community to see this giant which was grounded in the shallow waters off Ferryland.

This beautiful iceberg in Ferryland has been the talk of the town! Have you seen it yet? Photo: @raymackeyphotography #IcebergsNL . . . #ExploreNL #ExploreCanada #travel #wanderlust #bucketlist #instatravel

A post shared by Newfoundland Labrador Tourism (@newfoundlandlabrador) on Apr 17, 2017 at 11:37am PDT

An iceberg’s uniqueness isn’t just in its shape and size, it is also in its stripes and colours. This gorgeous blue-streaked berg made the rounds on social media in 2014, as travellers awed at its pristine beauty. Explorers often wonder how the deep blue streaks are created, and it turns out that as glaciers creep over land, meltwater fills the crevasses and later freezes, creating clear, bubble-free ice. This shows up as bluish streaks in icebergs because of the light scattering characteristics of pure ice. 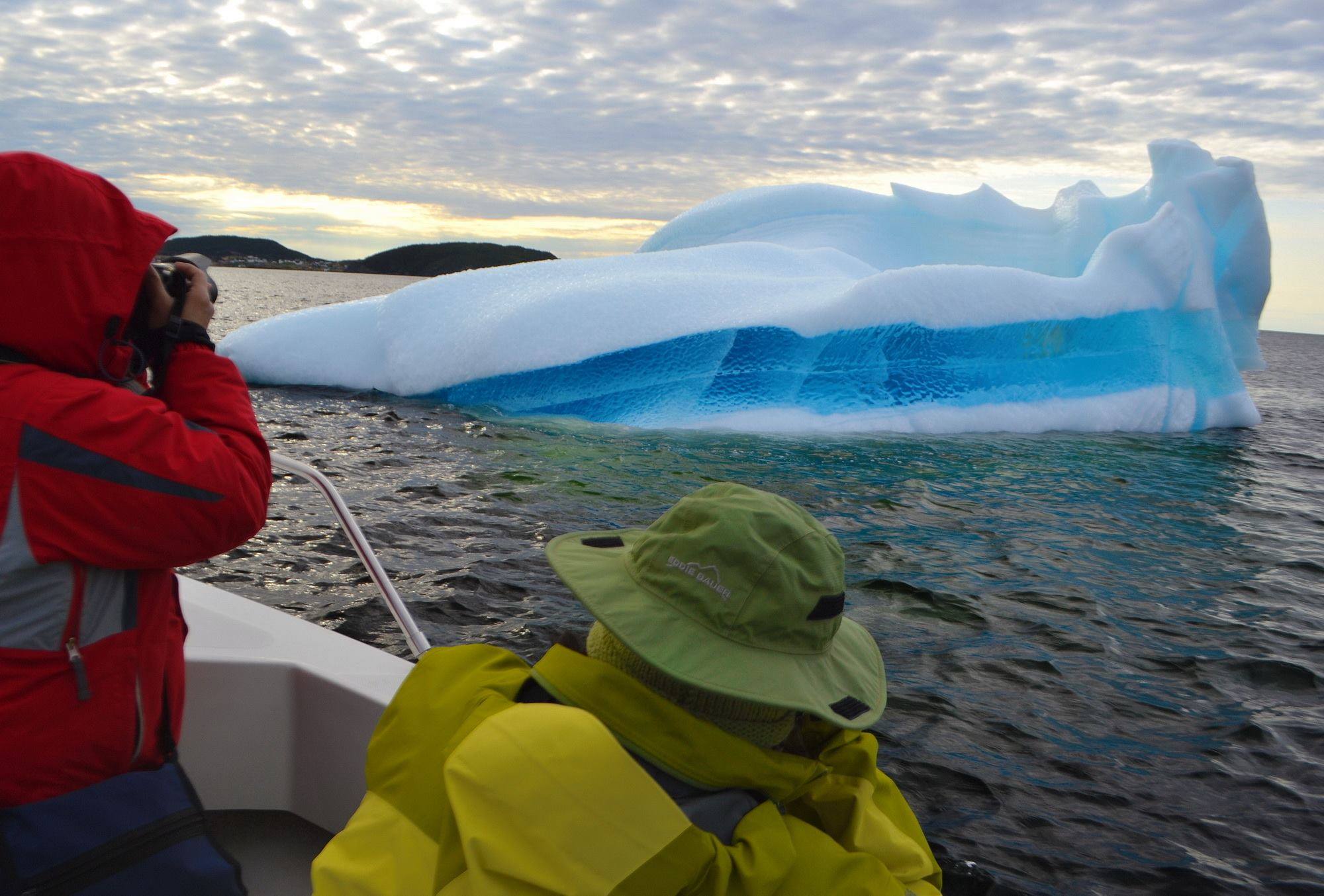 The entire Northern Peninsula is an amazing area for iceberg viewing. Located at the northern tip on the island portion of Newfoundland, St. Anthony is ideally positioned along Iceberg Alley. It is not uncommon for groups of icebergs to cluster together clinging to the shore, just like this famous pack from the Fishing Point area in 2016.

This cathedral or castle shaped “triple spire” iceberg visited Amherst Cove in 2018. The unique look created an almost mystic quality that showed up beautifully when photographed. And photographed it was! This was the most popular iceberg of the 2018 season, and you can appreciate why.

Have you been following our local Iceberg Finders? Meet the team and check out what they’ve captured on film by visiting the link in our bio. 📸: @raymackeyphotography, Upper Amherst Cove

A post shared by Newfoundland Labrador Tourism (@newfoundlandlabrador) on Jun 28, 2018 at 12:12pm PDT

Use #IcebergsNL to share your sightings on social media and be sure to upload your photos to www.IcebergFinder.com - who knows, you could be capturing a piece of glacial history. To experience icebergs in Newfoundland & Labrador, click here.