Explore Bell Islands Fascinating Geology by Land or by Sea

Bell Island is close to the city of St. John's, and yet it stands apart from the rest of the province because of its remarkable geological makeup. The island is an unmistakable feature on the horizon of Conception Bay, standing over a hundred feet high with cathedral cliffs worn into folds like curtains. Dotted with sea caves flanked by massive sea stacks, the mesa-like sandstone of Bell Island is an anomaly in this Avalon region of mainly granite and shale.

The ferry to Bell Island runs frequently and regularly from Portugal Cove. It’s a scenic 20-minute ride across the ocean with an opportunity to spot wildlife or icebergs in season, and a perfect day trip for those looking for a little adventure. Take a tour of the historic mine, or a leisurely stroll along one of the many beaches. It’s also an excellent place to explore by kayak, snorkel, or boat tour. 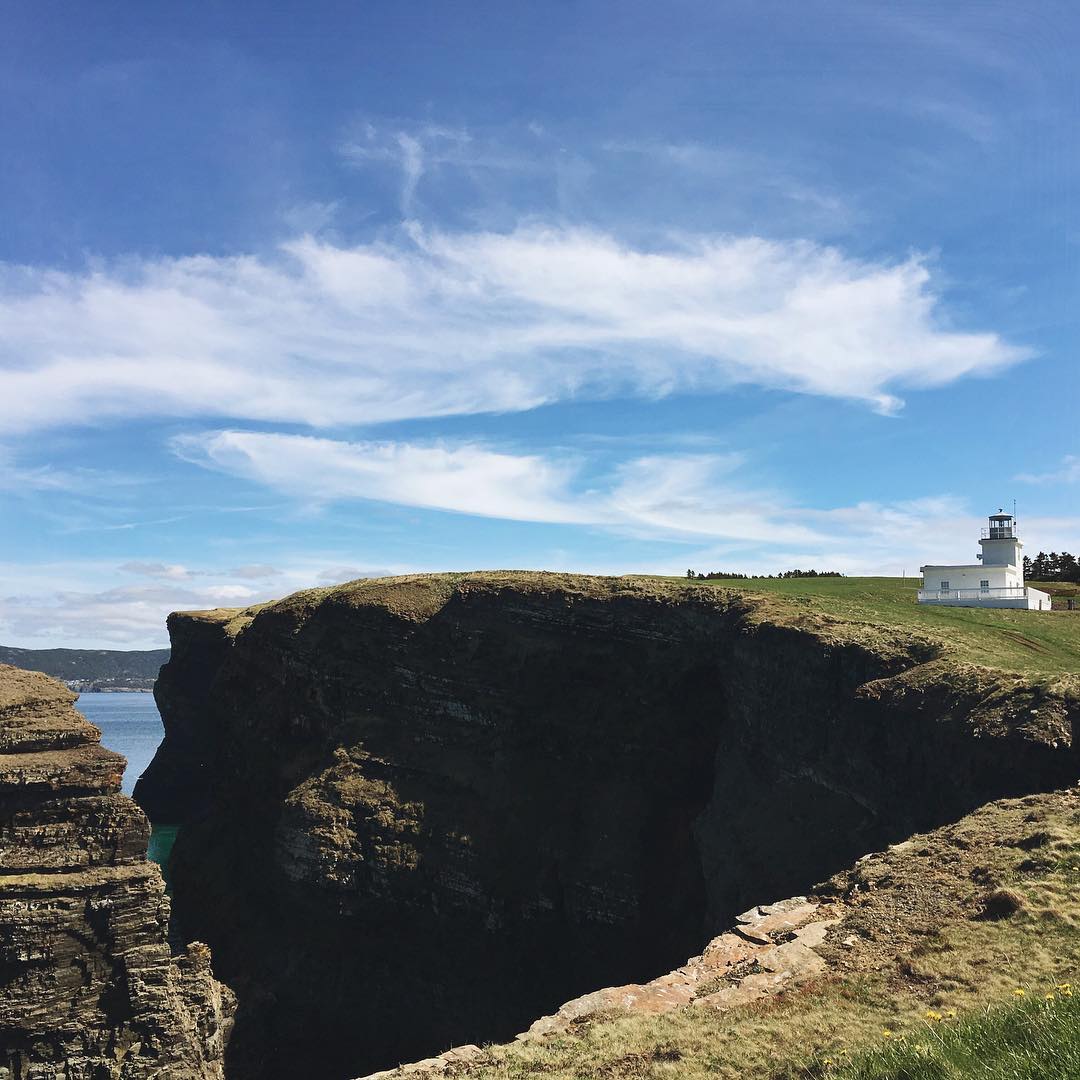 Exploring Bell Island by land means you’ll more than likely be doing some walking. The Gregory Normore Coastal Walking Trails throughout the island will take you past geological formations, to saltwater beaches, and along cliffs that stand guard against the cold Atlantic. On the north side of the island is Grebe’s Nest, where birds nest on the cliffs above a series of sea caves.

Take a break at Keeper’s Café on Lighthouse Road, where you can get a picnic lunch. They thoughtfully include a ‘bucket list’ of the ten places to go or see while visiting Bell Island.

Mining on Bell Island started in 1896, and didn’t stop for 70 years. The No. 2 Mine descends deep into the ground and out into Conception Bay, below the ocean floor. At one point six mines were in operation on the island, and the No. 2 was the world’s largest submarine iron ore. The guided tour begins in the Bell Island Community Museum, where you can learn about the tools of the mining trade and discover what it was like to work underground.

Ocean Quest Adventures offers a tour to explore the geology and sea caves of Bell Island. It’s a Zodiac excursion that brings you to Bell Island to view thousands of years of geological history, 400-foot tunnels, unique rock formations, and naturally formed sea arches, with the option to paddle and snorkel into the remarkable sea caves.

In addition to land-based exploration, the geology of Bell Island also makes for a fantastic Zodiac experience, and if you’re feeling adventurous, a paddle or snorkel. 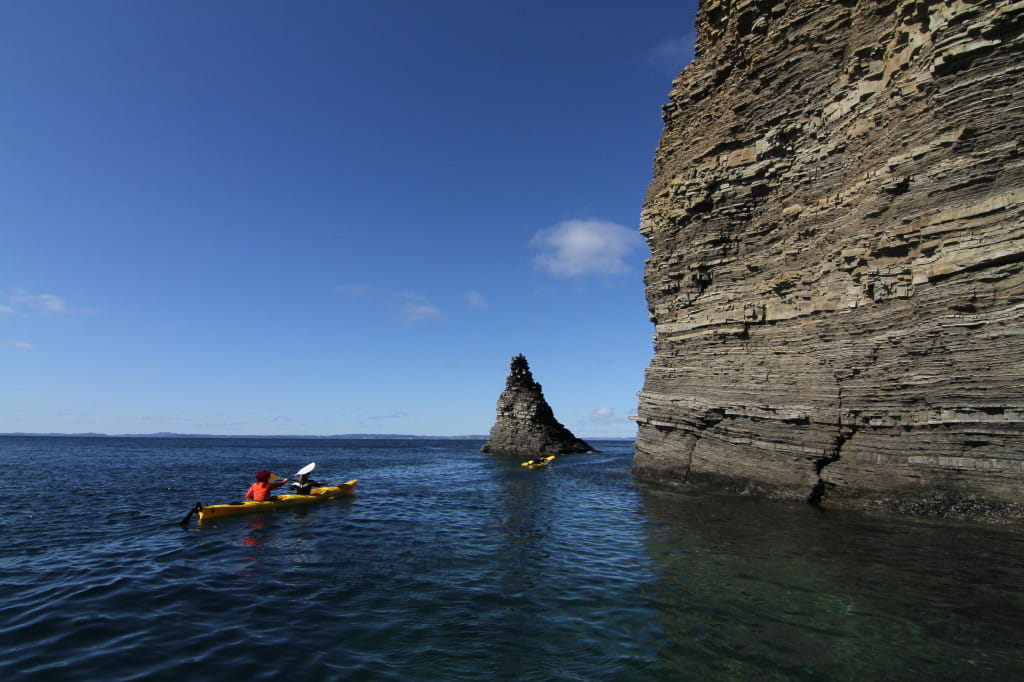 In this unique place, you feel like you’re on another planet. The coast is rocky and almost red. One notable sea stack is a rock formation known as “the bell,” which gave Bell Island its name. 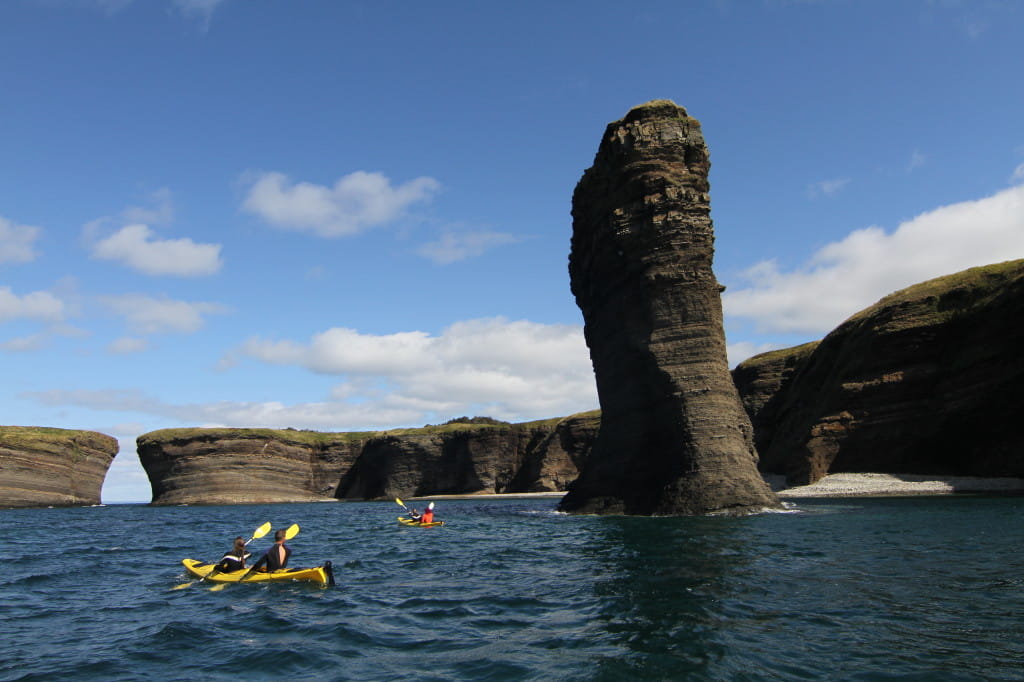 Once you’re close to the water, you can explore naturally formed archways and marvel at wildlife, including hundreds of starfish in various sizes and colours. Further exploration of reefs reveals other forms of sea life such as small fish, crab, and mussels. Here, close encounter is an understatement. 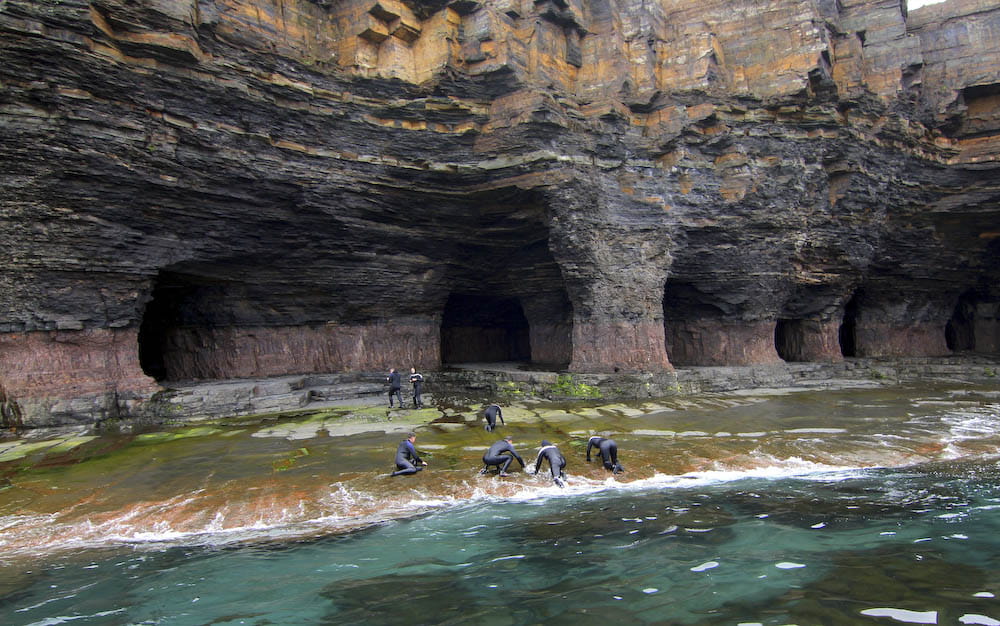 Whether you explore Bell Island by land or water, you’ll be left with an indelible impression of the amazingly unique geology of the place. Who knew it was such a hidden treasure?