Elliston, The Root Cellar Capital of the World

Perched at the top of the Bonavista Peninsula is the tiny community of Elliston, the Root Cellar Capital of the World. 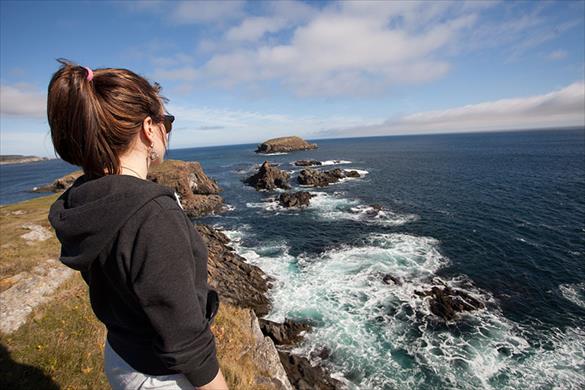 The striking coastline around Elliston

These traditional food storage systems – used mainly for root vegetables like potatoes and carrots – are built right into the ground, mainly into small hills and banks. The natural humidity and moisture keeps things cool in the summer and prevents freezing in the winter.
Elliston has more than 130 documented root cellars in the small town and surrounding area. Of those, half are still in working condition and used today. 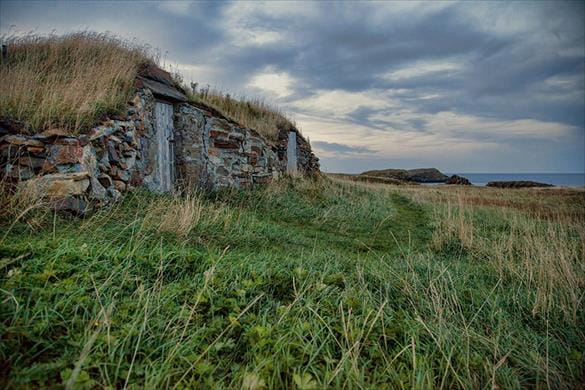 Now, you really don’t have to be a vegetable preservation enthusiast or a fan of hobbit-like structures to visit the area (though it helps!). It’s a place with a breathtaking coastline with fascinating rock formations, and an extremely accessible, land-based puffin colony. 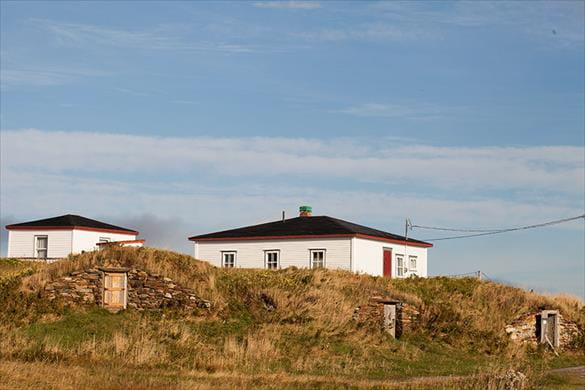 Before refrigerators, there were root cellars

Walking around the area, cozy homes are scattered delicately over rolling hills, and a root cellar is never far away. It’s as if they’re part of the actual landscape itself – little caverns tucked away in the rolls and hills of the earth. Otherworldly in appearance, they are a natural part of the locals’ lives, just as much as the craggy shore, chatty puffins and pounding surf.

A strong sense of community is key to making root cellars viable. Many families share cellars, and as they can take 3-4 weeks to construct, it makes for a community-wide project. From digging the land, to scouring the cliffs for flat rocks – neighbours, friends and family come together to help. 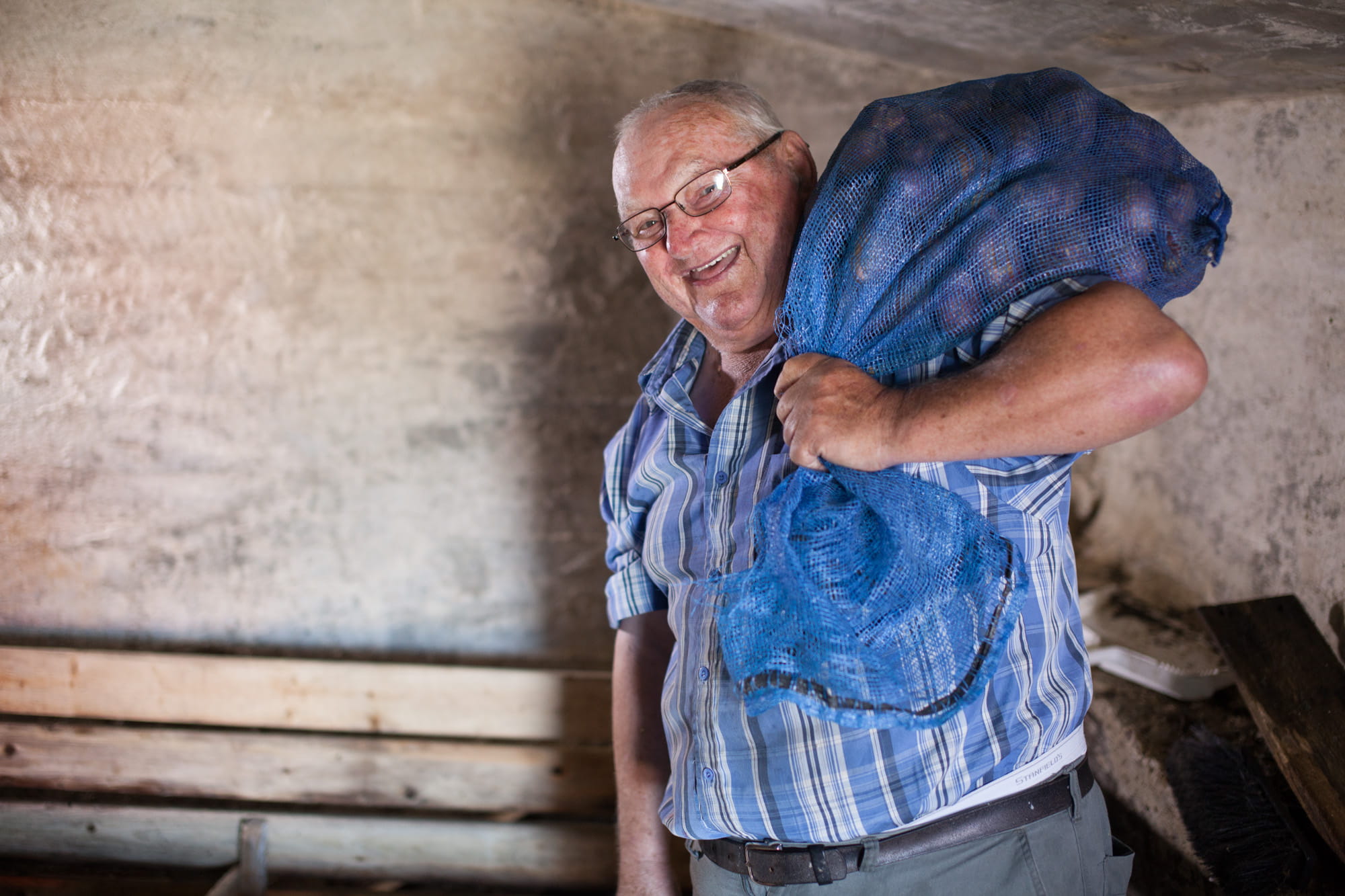 Collecting Potatoes from a Root Cellar

In the days before electricity, root cellars were integral to surviving the harsh winters on the northeast coast of Newfoundland. With the current issues surrounding energy costs, food safety and accessibility, looking towards agricultural solutions like the ones used in Elliston could provide some real solutions for the future. They also serve as a reminder that in many places around Newfoundland and Labrador, local food has really never gone out of fashion. 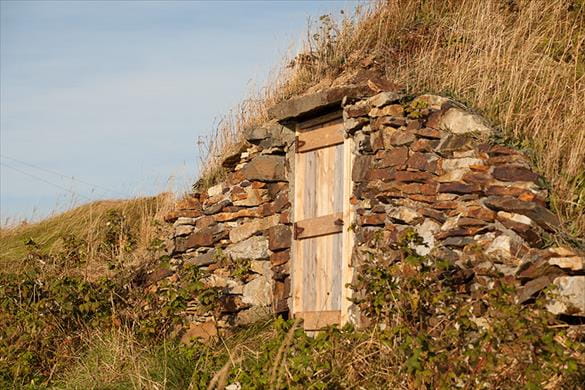 Elsewhere in Elliston, the puffin viewing site, accessible by a 5 minute walk, offers the closest view of puffins from land in North America. During the spring, you can also watch as icebergs float by the coastline and catch a glimpse of a whale not far from shore. The town also has several hiking trails to stretch your legs.

Every September, Elliston hosts the hiking-inspired food festival known as Roots, Rants and Roars. A highlight of the festival is the food hike – a 5 km loop with multiple stops to taste the culinary delights prepared by award-winning chefs. There’s also musical performances, tasting events, and the annual battle to crown the “King of Cod”.