By Newfoundland & Labrador
Share on Facebook Share with email
You don’t necessarily have to be a birder to think there’s something strangely calming about a sky full of chaos. Where throngs of feathered creatures block out the clouds as they jostle for position in the heavens above. Where every set of flapping wings seem equally committed to creative co-existence, all in the name of mutual survival. 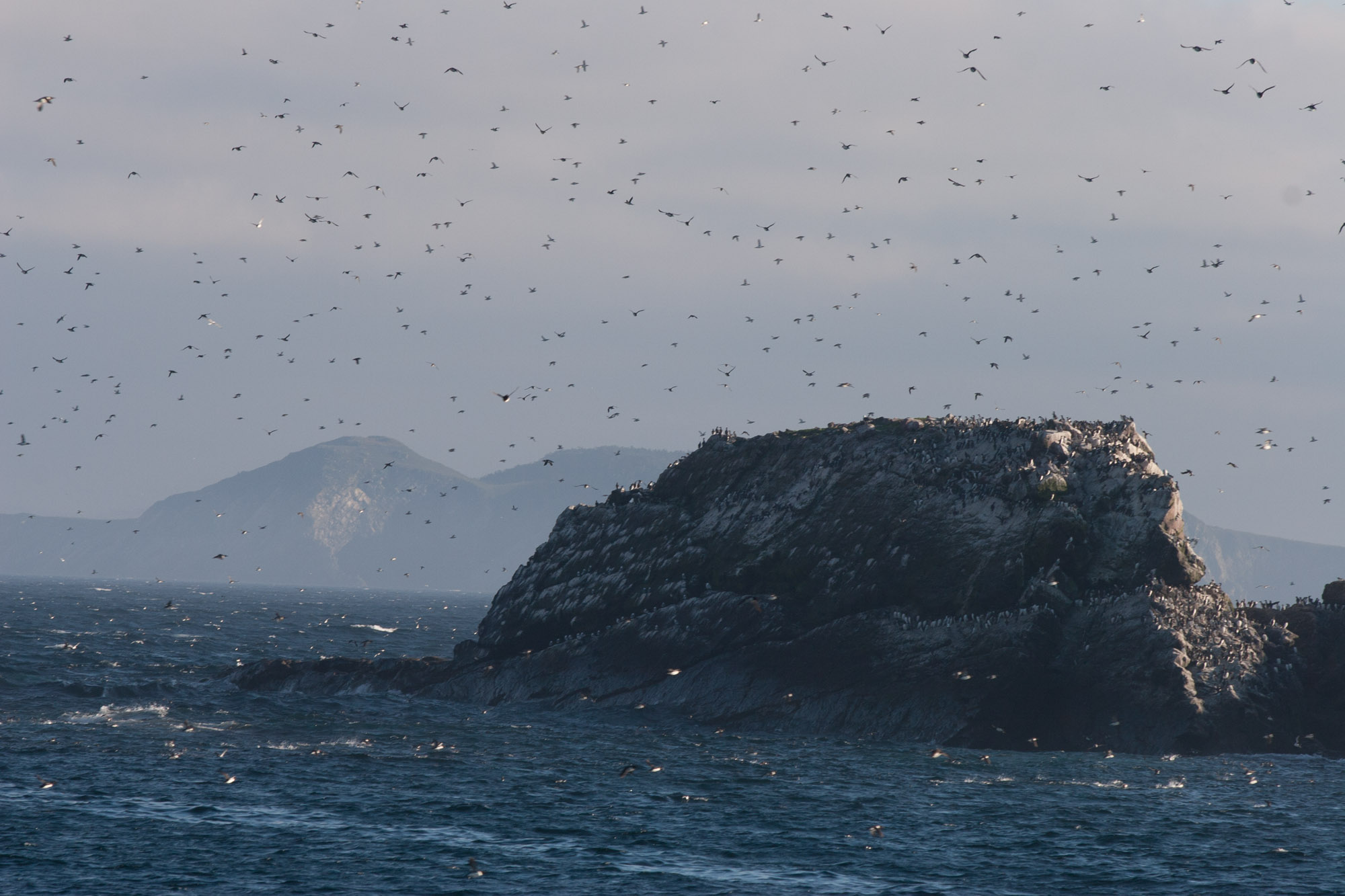 Our 29,000 kilometres of coastline have more than their share of feather-laden rocks and crevices. That's because millions of seabirds congregate here yearly like noisy conventioneers, making their presence known as loudly and as boldly as possible. But what brings them here? Why do 350 species of birds and over 35 million seabirds flock to this place? 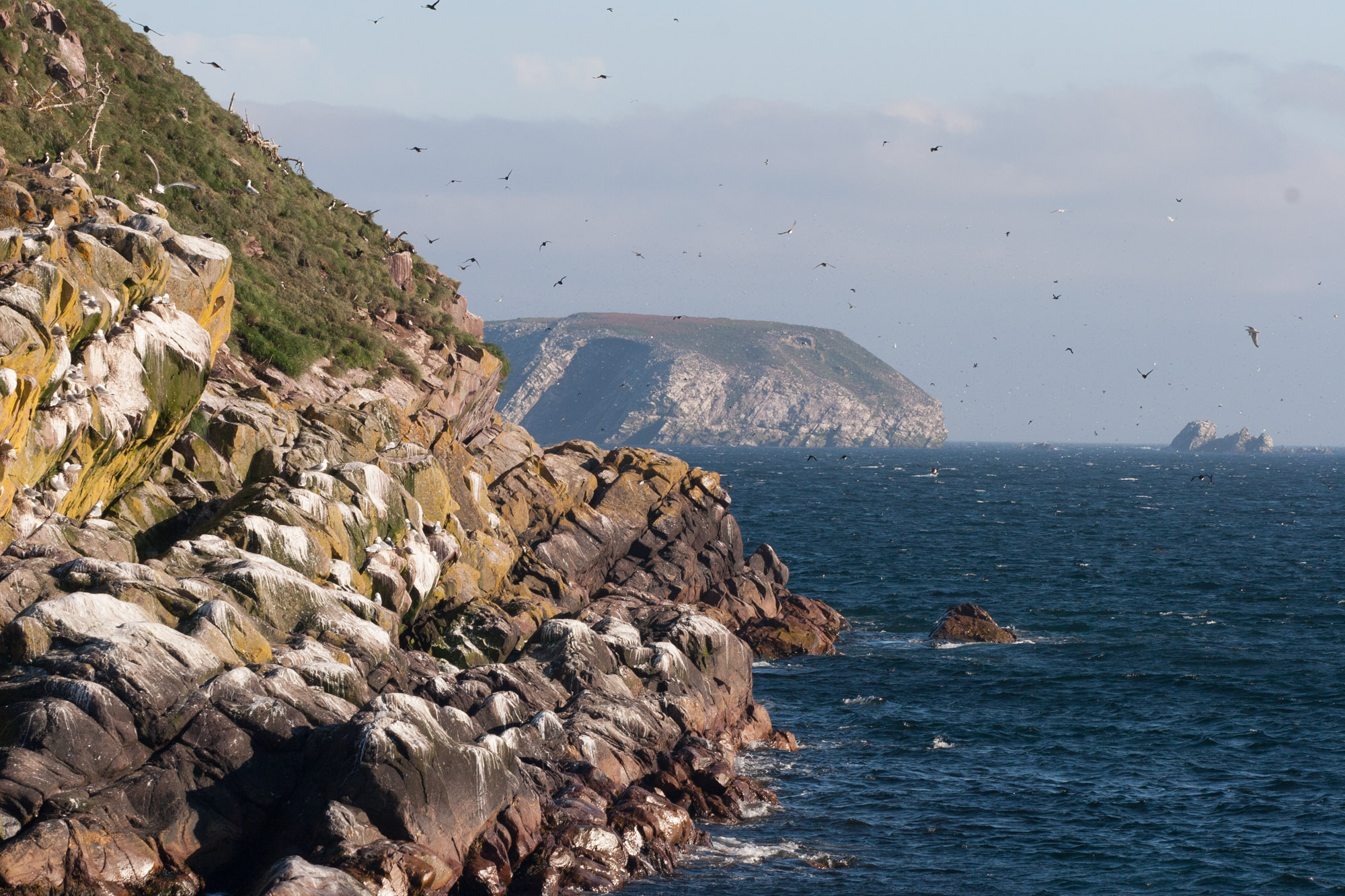 Here on the edge of the continent, we're ringed by islands that make for the perfect predator-free nests. Our waters swell daily with the mix of warm and cold currents, creating the perfect conditions for a flock’s food chain. This happy confluence of geographic factors provides outstanding breeding areas for millions of seabirds. And it makes Newfoundland and Labrador, and the eastern portion of the island in particular, a fascinating place to watch. 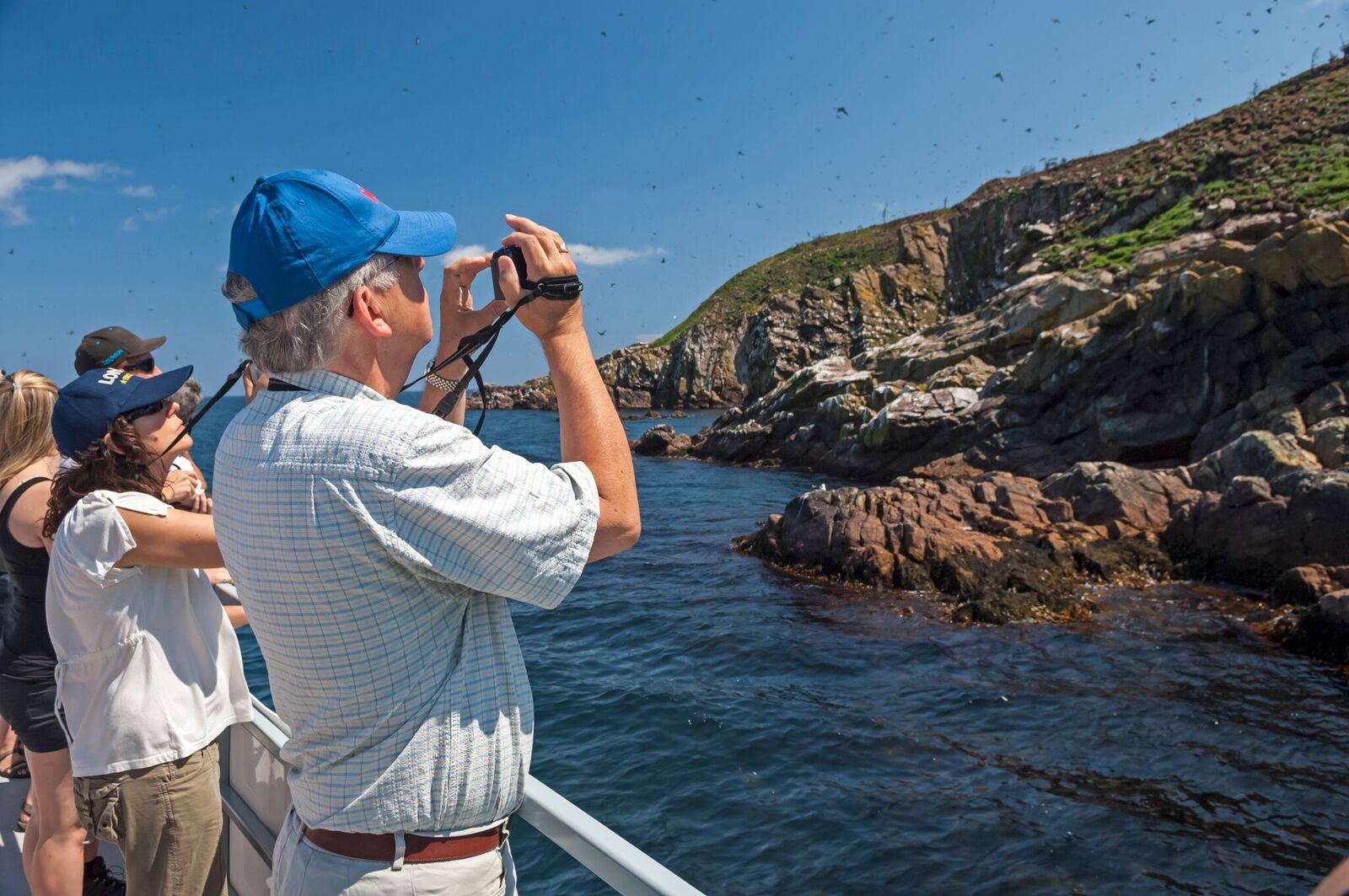 Here, in the aptly named Seabird Capital of North America, binoculars are optional but wide-brimmed hats are strongly recommended. You’ll quickly come to realize that the strange birds, and even the rare ones, easily outnumber the curious birders who come to get up close and personal at any of our six ecological reserves. And two great examples of some of the best spots for birdwatching would have to be Witless Bay and Bay Bulls. 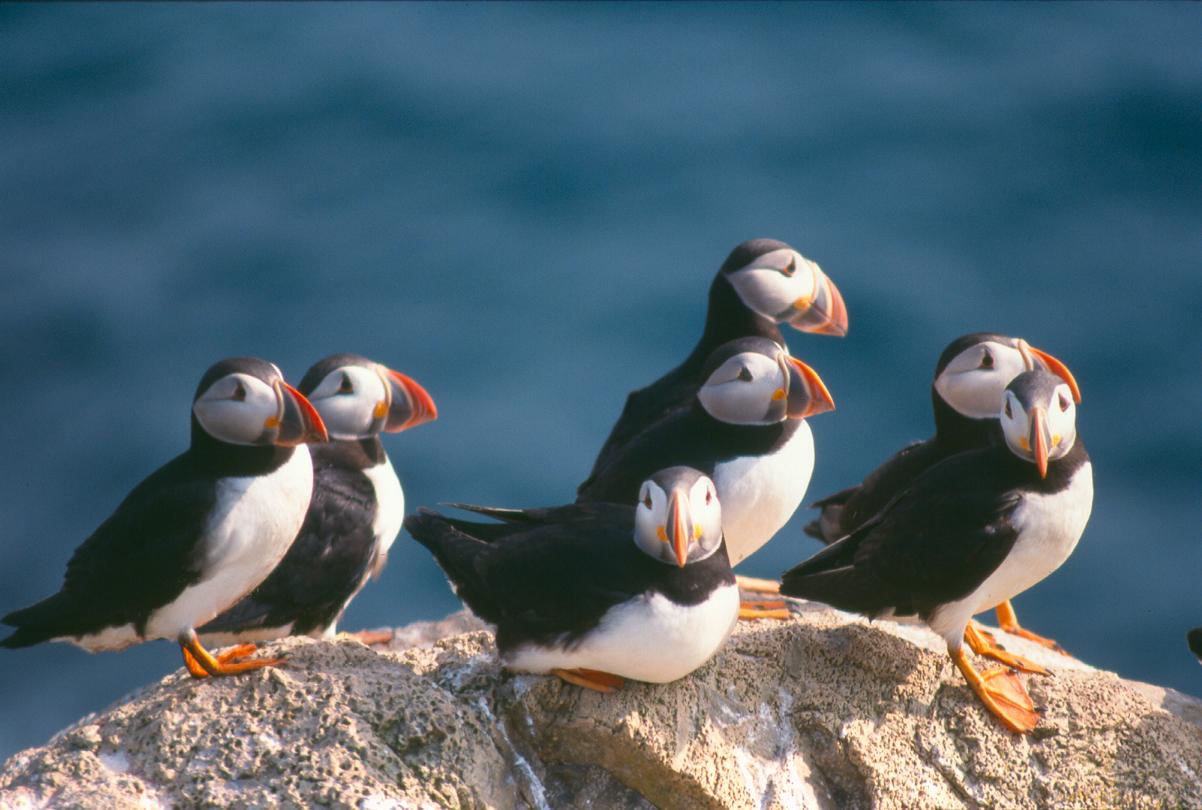 Our provincial bird is none other than the colourful Atlantic puffin. And the four islands encompassed by the Witless Bay Reserve boast the largest colony in North America with 260,000 pairs. Dubbed the parrots of the sea, the sight of them running and skipping along the top of the water while trying to get their puffy bodies airborne never gets old.

The reserve is also home to 620,000 pairs of Leach's storm petrels, the second-largest colony in the world. These shy guys are a little trickier to spot, as they spend their daylight hours at sea. A boat tour helps and there are several licenced operators in five communities from Bay Bulls to Bauline East.

Cape St. Mary’s is truly one of the best places in the world to see nesting seabirds. With 24,000 pairs, it’s the most accessible and largest colony of gannets in Newfoundland and Labrador and the third-largest population in North America. A 1.3-kilometre path leads to the main clifftop viewing station, which faces a nest-covered sea stack known as Bird Rock. The Cape is also the only place where the thick-billed murre can be easily seen from land. The interpretive centre is happy to provide guided tours and spotting help for the novice and experienced birder alike. It's open from early May until early October.

Here are some species you can spot: Northern gannet, black-legged kittiwake, common and thick-billed murres, razorbill, black guillemot, double-crested and great cormorants, and a few pairs of northern fulmar, from April until late September.

For information on birdwatching tours in the area and around the province, check out the plan and book section of our website.