5 Foods You Must Experience in Newfoundland and Labrador

Around here, we often have a special twist on familiar dishes, as well as creations which are all our own. Our province’s cuisine has its roots in our people’s connection to the land, and a former simplicity of life. Because of this, there are a number of foods that are uniquely Newfoundland and Labrador. Here are five foods in particular that you need to experience while travelling in the province. 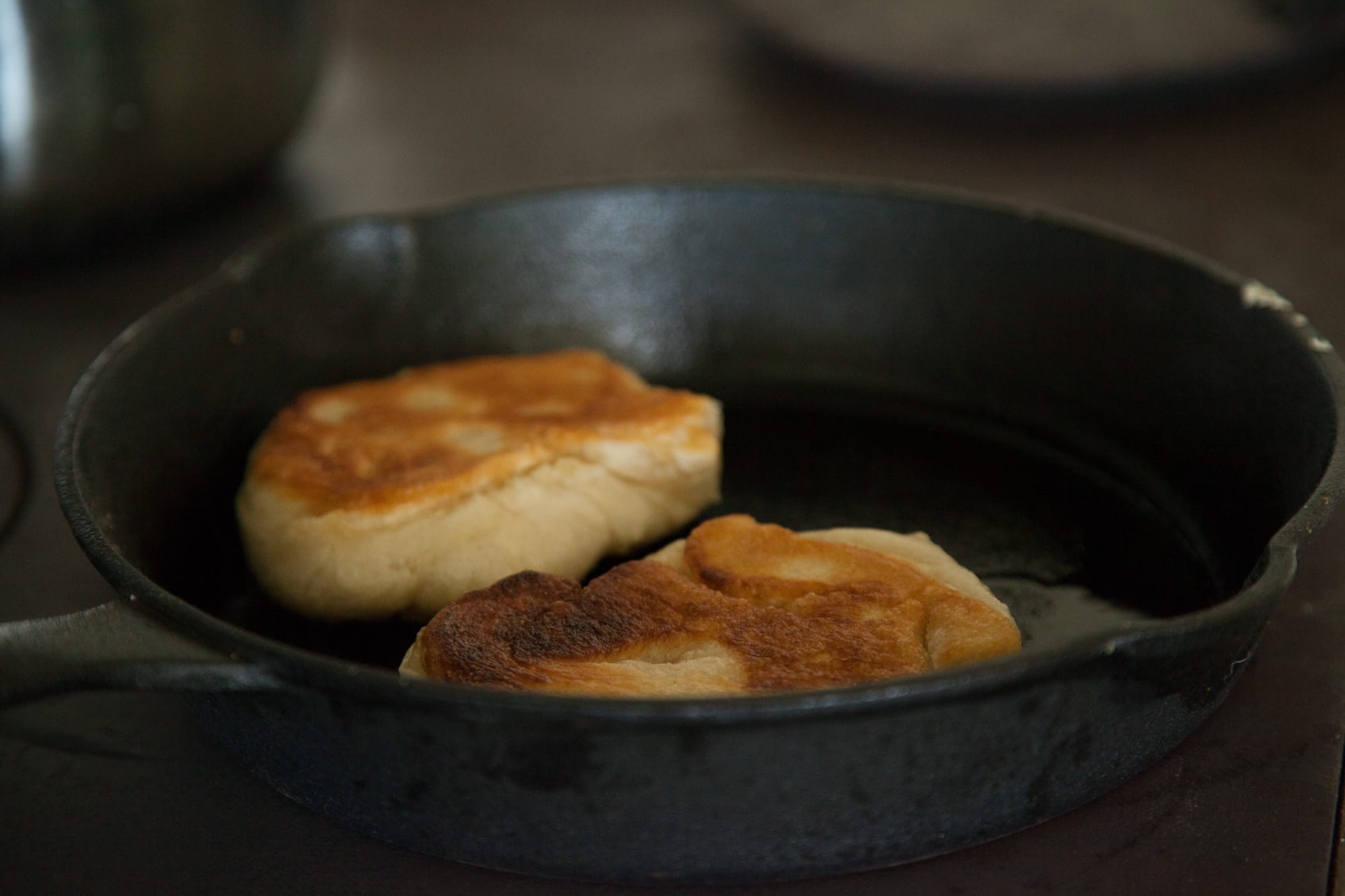 Most frequently eaten for breakfast - but delicious at any time - toutons are in some ways like a pancake crossed it with a donut. Typically the yeasted dough is pan fried until golden and served with molasses or corn syrup. Add a hot cup of your favourite morning beverage and you have yourself a fine start to the day!

This traditional meal is commonly eaten on Sundays in many places around Atlantic Canada, but especially in Newfoundland and Labrador. You might have also heard it called a “cooked dinner” or “boiled dinner”. There are different theories regarding the origins of the Jiggs' Dinner name, but a popular one is about an old comic strip character named Jiggs, who loved corned beef and cabbage. No matter how the name came about, we say it’s delicious. The usual ingredients are salt beef or turkey, turnip, cabbage, potato, carrot, pease pudding, and more often than not, some kind of dessert.

Figgy Duff is a traditional dish, usually served along with Jiggs' Dinner. Unlike the similarly named figgy pudding, this recipe doesn’t use figs, but rather raisins, along with flour, molasses, brown sugar and butter. It's all mixed together and then place in a pudding bag and boiled. Very similar to the Scottish Clootie dumpling, it has its roots in the old Cornish term for raisin.

If you are interested in putting together your own Jiggs' Dinner, you can find our article devoted to it here. 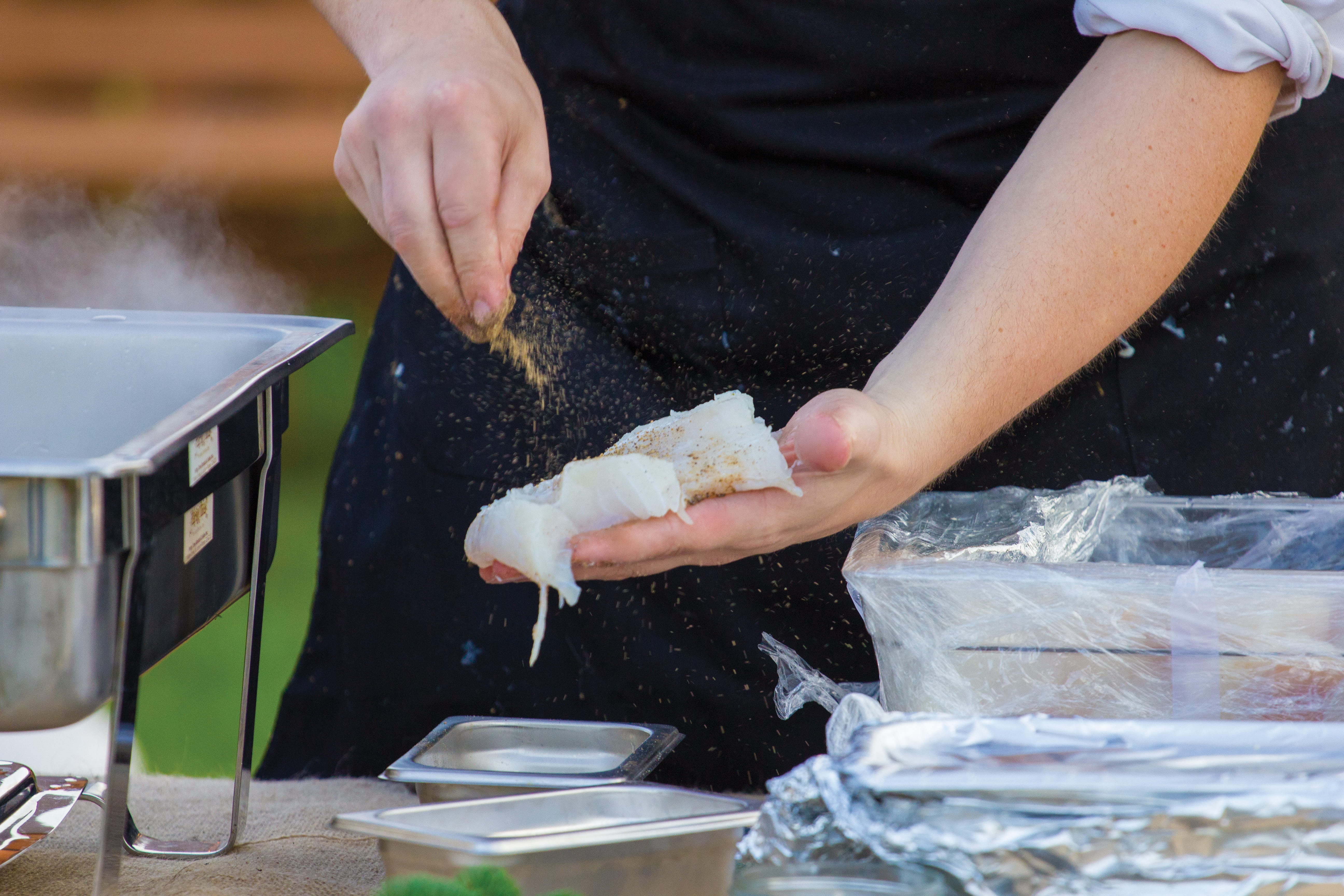 This is a meal which has been around for quite a while. In the past, fishermen salted cod to help it last the long winters, as well as keeping it edible for long voyages at sea. The recipe may vary from community to community, or even household to household, but the primary ingredients are always the same - salt cod and hard bread, or tack. The typical recipe calls for the fish to be soaked in water overnight to reduce the salt content. The bread also gets a soak.

The next day, the fish and bread are boiled separately until tender, and then served together. You can add potatoes, sometimes mashed, but you definitely need scrunchins. These are salted pork fat which have been cut into small pieces and fried. Both the rendered fat and the liquid fat are then drizzled over the fish and brewis. 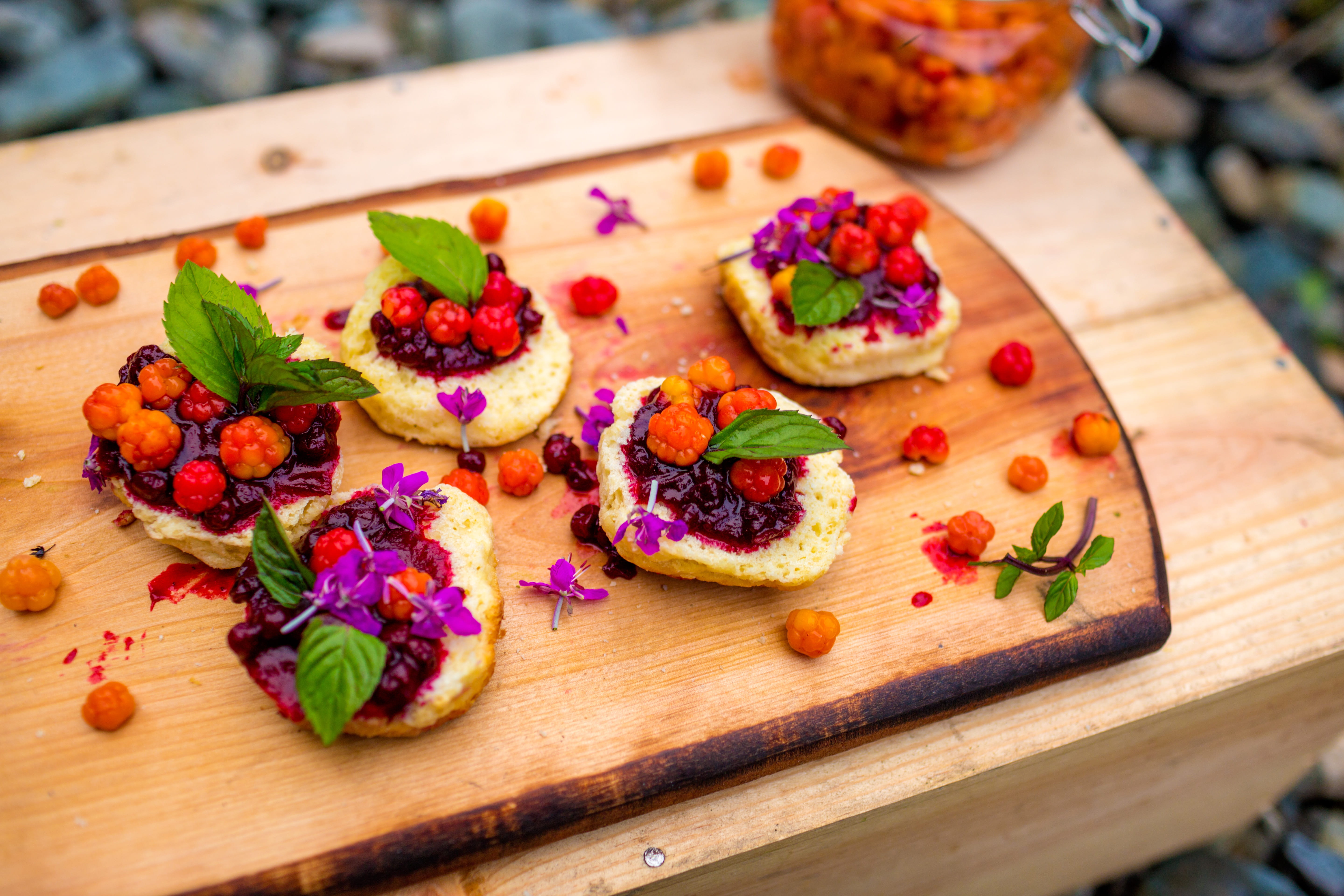 Bakeapples are also known as cloudberries. Bakeapple berries are found in northern tundra and peat bog habitats, are rich in vitamin C and contain few calories. They are generally ready for picking around mid-August and are notoriously hard to pick, which make them a somewhat rare delicacy. These delicious gems make for a distinct tasting jam, juice, tart or pie, and when paired with whipped cream they become a memorable experience. 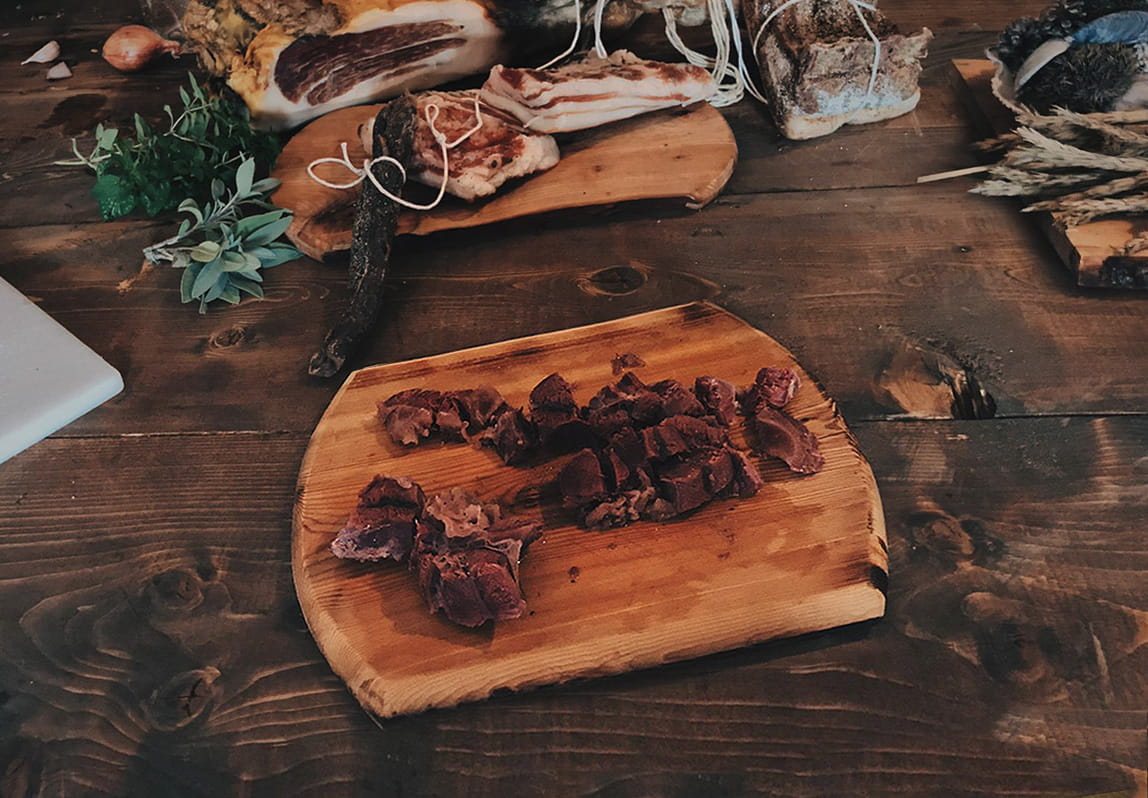 Moose meat is a big part of the Newfoundland and Labrador diet. It’s lean, delicious, and can be cooked in so many different ways. Sausages and burgers are often found on restaurant menus, and sometimes you might even come across a moose pot pie or a roast. And if you ever have the opportunity to enjoy a moose fry over a camp stove, take it! Make sure you have some fresh homemade bread on hand to dip into the gravy.

Salt meat, like we mentioned earlier, is also an important part of Newfoundland and Labrador’s food culture—especially in Jiggs’ Dinner. Moose meat can be cured using the same traditional process as beef, so sometimes you’ll find it Jiggs’ Dinner or certain soups as well. Want to learn how to do it? Check out this How to Make Salt Moose tutorial.