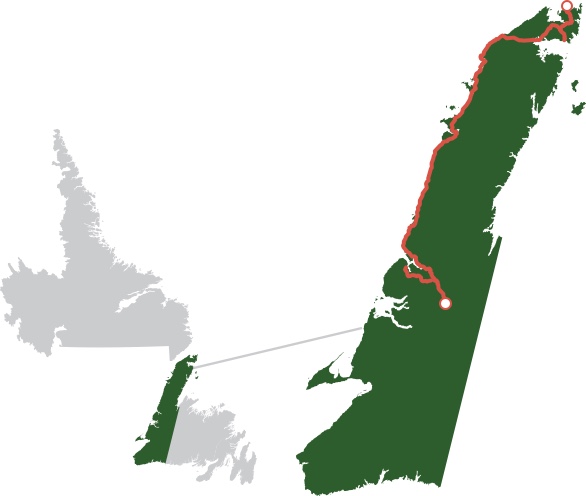 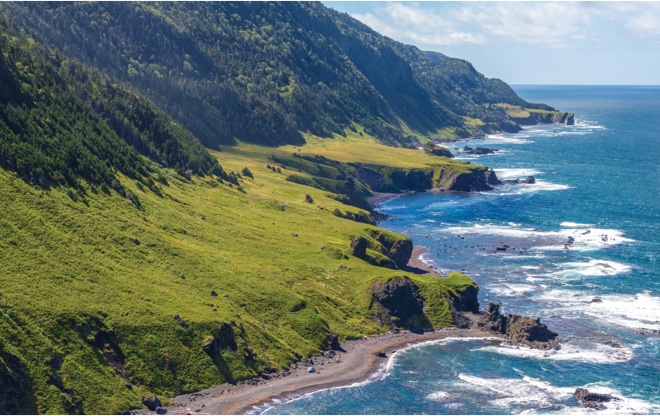 Mere words cannot paint the picture that is Gros Morne. This is one of those rare places that reaches right into your soul.

Turn off Route 1 onto Route 430 at Deer Lake and get ready for Gros Morne National Park, one of the two UNESCO World Heritage Sites on the Viking Trail. Mere words cannot paint the picture that is Gros Morne. This is one of those rare places that reaches right into your soul.

It was here that geologists discovered the ancient North American trilobite fossils of the area differed from those in eastern Newfoundland, which matched ones found in Spain and North Africa, helping prove the concept of plate tectonics. Plus there’s the Tablelands, a mesa-like formation of rock usually found only deep in the earth but here pushed to the surface by tectonic forces. Take a hike among these unusual rocks and maybe meet a moose. 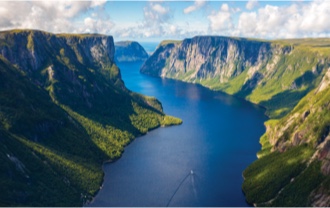 Further north is Western Brook Pond, which is a remarkable misnomer for this gigantic, glacier-carved fjord with sides 2,000 feet high. Explore the fjord as part of a boat tour, or take a cruise along the coast to see the mountains from a different vantage point.

There are 100 kilometres of trails in the park, including iconic treks like the Gros Morne Mountain Trail and the Green Gardens Trail, plus migrating caribou, Arctic-alpine plants, and other natural wonders. In the winter months, this place turns into a winter wonderland for snowmobilers, skiers, and backcountry enthusiasts – many of whom lead tours. And, unlike most national parks, this one has pockets of civilization: the towns and villages in and around the park provide services and accommodations along with a lively arts community. Plenty of annual festivals celebrate theatre, writing, and music, and the region is home to talented visual artists. 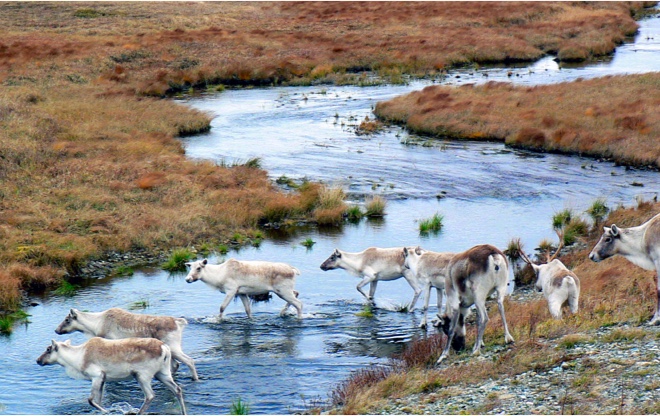 The communities along this stretch of coast lie between the mountains and the sea. Over the millennia, cultures have come and gone, but a constant to all has been a dependence on the sea. That was true for the Maritime Archaic and Dorset peoples who lived in the Port au Choix area long before Europeans arrived. A 3-kilometre trail connects the village to the Point Riche Lighthouse built in 1892 – while you trek across the windswept landscape, keep your eyes to the horizon for whales. The area’s famous caribou herd is often seen grazing here around the lighthouse. Other trails in the area will take you to long stretches of beach, across limestone barrens, and through tuckamore forests.

You can reach Port au Choix via Route 430-28 from Port Saunders. The Basques, the French, and the English have fished along these shores for almost five centuries. Part of this story is told at the French Rooms Cultural Centre. Crab and lobster are king along this shore – you’ll see hundreds of pots stacked in many places, and the harbour is busy with fishing boats coming and going.

Over the millennia, cultures have come and gone, dependence on the sea has been a constant. That was true for the Maritime Archaic and Dorset peoples who lived in the Port au Choix area long before Europeans arrived. A 3km trail connects the village to the Point Riche Lighthouse built in 1892 – while you trek across the windswept landscape, look out for grazing caribou, and keep your eyes to the horizon for whales. Other trails in the area will take you to long stretches of beach, across limestone barrens, and through tuckamore forests. 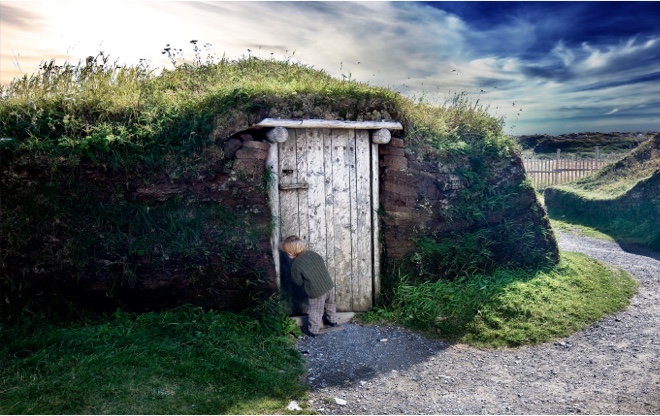 Learn about Vikings at L’Anse aux Meadows National Historic Site, where they settled 500 years before Columbus, Cabot, and Corte-Real.

You are now near the northernmost tip of Newfoundland. On Route 436 you’ll find our second UNESCO World Heritage Site, L’Anse aux Meadows National Historic Site. It was here 1,000 years ago – and 500 years before Columbus, Cabot, and Corte-Real – that Greenlanders and Icelanders led by Leif Erickson founded the first European settlement in North America. You can explore the site, meet costumed Viking interpreters, and put yourself right in the place where Leif Erickson stood.

L’Anse aux Meadows was, and still is, a tiny fishing village when explorer Helge Ingstad came looking for Vinland in 1960. George Decker, a local fisherman, showed him what the residents thought was an Indigenous campsite. It was that, all right, but also an 11th-century Viking settlement. Over the next few years, Ingstad, his archaeologist wife Anne Stine Ingstad, and Parks Canada uncovered the remains of several Viking houses, a forge, and other buildings. A few significant artifacts were found that proved the Vikings were here five centuries before any other Europeans arrived on this continent. An amazing achievement. Nearby Norstead depicts life as it would have existed in a port of trade for a Scandinavian country during this era, including a full-scale replica Viking ship and four period-style buildings. 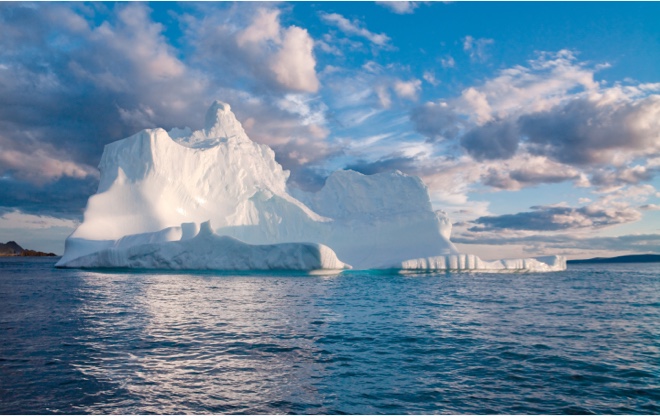 Photograph icebergs from shore or one of many boat tour operators, and celebrate these glacial giants at the annual Iceberg Festival.

This northern portion of the Great Northern Peninsula has Newfoundland’s longest iceberg-watching season, and is a good place to see whales late into the summer. And the best way to see both is from one of the tour boats operating in this area. There’s even an Iceberg Festival dedicated to these glacial giants.

The Viking Trail continues on to St. Anthony, where another visitor had quite a different impact. Dr. Wilfred Grenfell brought modern medicine to northern Newfoundland and the remote communities of coastal Labrador beginning in the 1890s. His work lives on, and his story is told at the Grenfell Historic Properties in St. Anthony.