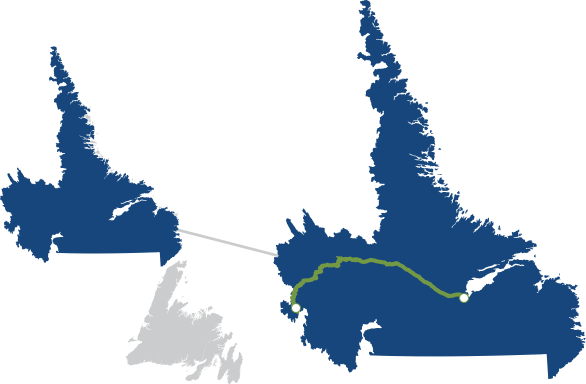 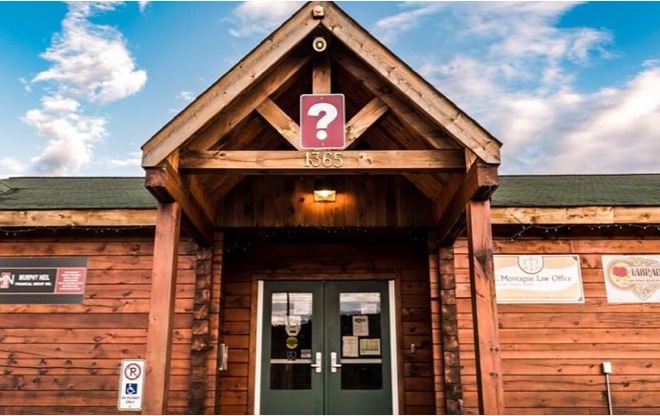 Labrador West is an iron-ore mining centre. Labrador City and Wabush were built in the 1950s near one of the world’s largest iron-ore deposits. It’s estimated that there is enough ore here to last more than a century. By car, you can also reach the area from Baie-Comeau on the St. Lawrence River via Québec, Route 389 on the Québec-Labrador Highway, also known as Expedition 51°.

In Labrador City, stop by The Gateway tourist information centre to visit the Edmund Montague Exhibit Hall which traces 3,500 years of human activity in Labrador West. Before leaving town, stop by the Iron Rock Brewing Company, the first craft brewery in Labrador.

The sport fishing in Labrador West – in fact, in all of Labrador – is some of the best in the world. You can also golf, hike, and ski, but the big winter activity is snowmobiling. Cain’s Quest, the world’s toughest and longest snowmobile endurance race, is held here every other year. This off-trail riding adventure sees teams of snowmobilers racing through deep snow and thick backcountry over 3,100 kilometres in some of the most remote areas of Labrador.

The only town along this stretch of highway east to the Lake Melville area is Churchill Falls, site of one of the world’s largest underground hydroelectric generating stations. Here, the Churchill River drops more than 300 metres along a 32-kilometre stretch, making it an ideal location for the power plant built in the 1960s. 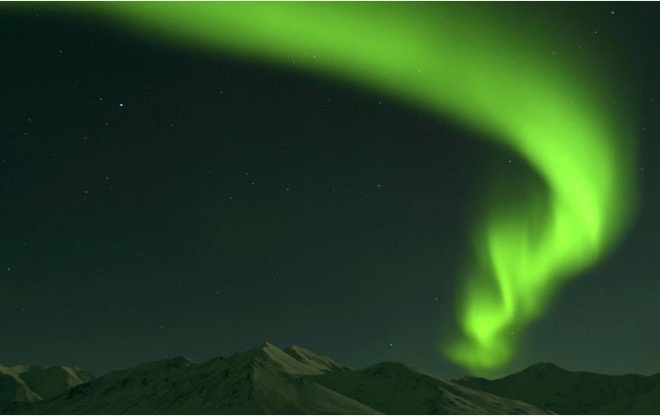 These latitudes are excellent for viewing the northern lights, or aurora borealis.

These latitudes are excellent for viewing the northern lights, or aurora borealis. On clear nights – especially during times of major sunspot activity – the sky is alive with dancing colours and shifting shapes. There’s very little light pollution in Labrador, so sit back and enjoy the show.

Keep in mind that if you’re arriving from Baie-Comeau, Route 389 is a partially paved 570-kilometer highway. The travel time is around eight hours. Over 400 kilometres of the road is paved, in two sections, with the rest being gravel. Services along the route are very limited, but the terrain is marvelous, rising from the lower reaches of the north shore to the escarpment that is the Canadian Shield.

Be sure to book any excursions or guides well in advance. There are time zone changes along Expedition 51°: West. The Labrador portion of this trip is on Atlantic Daylight Time while the Quebec portion is on Atlantic Standard Time. If you continue to the southern leg of Expedition 51°, put your clock ahead 30 minutes to Newfoundland Daylight Time.

There is limited cellphone service on the Trans-Labrador Highway. On Quebec’s Route 389 there are roadside telephone booths equipped with emergency phones.