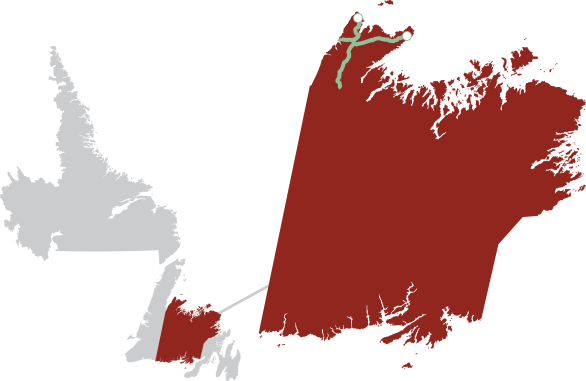 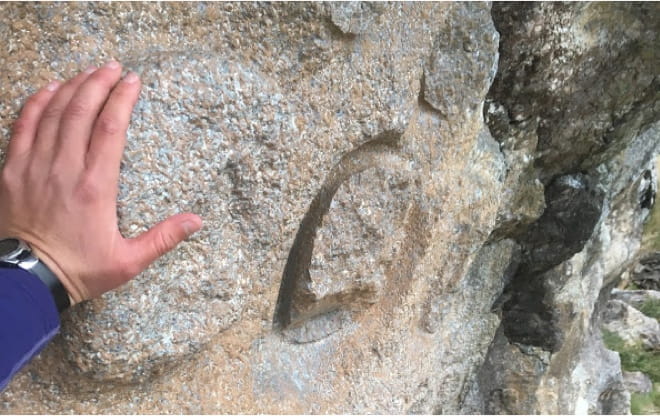 Take Route 410 to Fleur de Lys to see the Dorset Soapstone Quarry, the oldest-known mining site in the area.

More than 1,600 years before Europeans arrived here, the Dorset Pre-Inuit were quarrying soapstone into cooking pots and lamps. The Maritime Archaic people quarried here 4000 years ago. Now a National Historic Site with an interpretation centre, the Dorset Soapstone Quarry is the oldest-known mining site in an area known for its complex geology and many modern mines. Take Route 410 to see it.

In the 19th and 20th centuries, the peninsula’s mines produced gold, copper, and other minerals, and that history is explored in the Baie Verte Peninsula Miner’s Museum.

The French were fishing here well into the 19th century as well. A renewed focus on our French heritage can be seen at museums and historic sites throughout the region, like at the Outport Museum and Tea Room in La Scie on Route 414. This museum is a former two-storey house built in the 1940s, and you can tour it for a glimpse into rural outport life during this period. There’s also a replica of a 16th-century Basque fishing vessel here.

Nearby is Tilt Cove, the smallest town in Canada with a population of four. In 2015 the hit film Ant-Man, based on the Marvel Comics character of the same name, recruited Tilt Cove to promote the movie with a one-foot-high billboard. 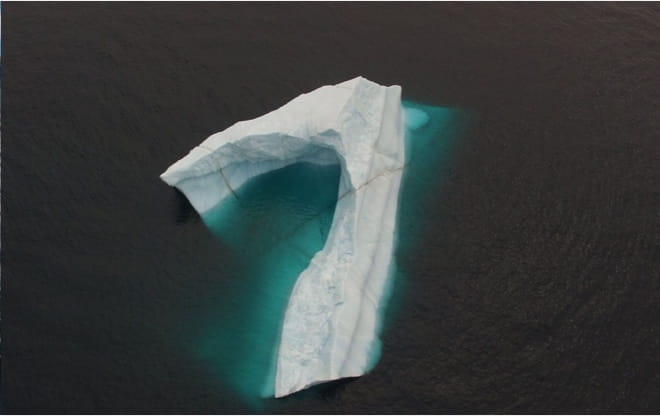 Explore the many hiking and walking trails in the area and keep an eye out for whales and icebergs.

From spring to fall, you’ll have plenty of opportunity for whale watching and iceberg viewing along the Dorset Trail. Some of the best places to see them are from the area’s hiking and walking trails, like the French Shore Lookout and the Lookout Trail in La Scie, and the Ocean View Hiking Trail in Pacquet.