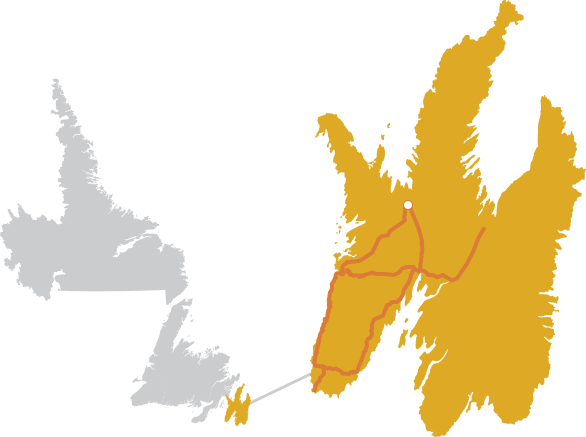 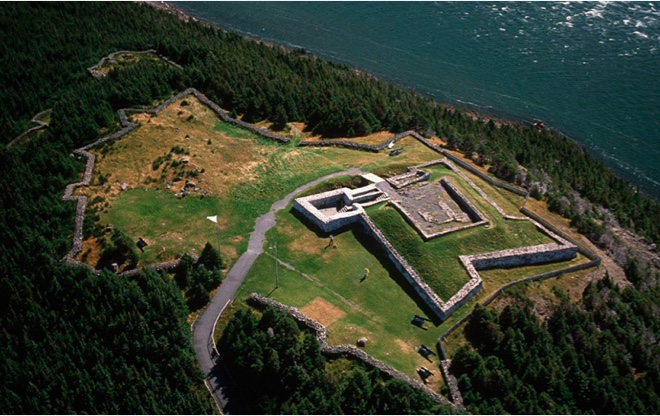 Find the remains of an old French fort at Castle Hill National Historic Site in Placentia.

Take Route 100 from Route 1 to Placentia. Here at the Castle Hill National Historic Site are the remains of an old French fort. Plaisance, its original name, was the French capital of Newfoundland in the 17th and 18th centuries when the French and English battled for military dominance in North America. There’s a fantastic view of the town of Placentia, the waters, and wooded hills.

Tour the O’Reilly House Museum, a Balustrade Queen Anne Victorian Magistrate’s home that has been restored to its original grandeur. You’ll see royal relics, period artifacts, and exhibits with tidbits of fascinating history – including a silver tea set that was gifted from King George III.

The port of Argentia is a marine transportation hub connecting both sides of the Atlantic Ocean. It is also a major entry port for auto travellers departing North Sydney, Nova Scotia for the island of Newfoundland via the Marine Atlantic superferries. The service runs from June to September.

Just past St. Bride’s, an hour south from Placentia, follow the signs to Cape St. Mary’s Ecological Reserve, the most accessible and spectacular seabird colony in North America. Here, just 50 feet from the clifftop viewing point, nest thousands of northern gannets – beautiful birds with a wingspan of over six feet – crowded atop a 200-foot-high sea stack called Bird Rock. 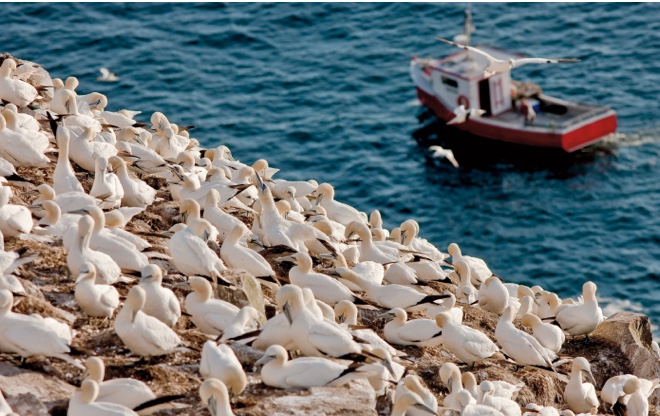 Follow the signs to Cape St. Mary’s Ecological Reserve, the most accessible and spectacular seabird colony in North America.

Razorbills, murres, and other seabirds also nest at the reserve. If you have a question, ask one of the interpretive guides, who also lead nature hikes, or drop into the interpretation centre, which hosts concerts throughout the summer.

Visit Salmonier Nature Park on Route 90, home to about 20 species of native mammals and birds that live in sensitive enclosures designed to be as natural as possible. The park’s trail is entirely board walked and accessible.

When travelling by Marine Atlantic ferry from Nova Scotia to Port aux Basques (year-round service – approximately seven-hour crossing) or Argentia (June to September service – approximately 16-hour crossing), it is important to plan in advance. Schedules can vary depending upon the time of the year, the route and the weather. These superferries carry hundreds of passengers and vehicles. Marine Atlantic Reservations 1-800-341-7981.