Learn More
There's a distinct Irish feel here, and with good reason. The Irish came to dominate this shore – first as summer workers for fish merchants, then as permanent settlers throughout the 18th century. Today, this area is known as the Irish heart of Newfoundland and Labrador. The traditions, attitudes, music, and even the accents continue to thrive here.

Visit the Colony of Avalon

This is where George Calvert, better known as Lord Baltimore, founded the Colony of Avalon in 1621. Baltimore stayed only a few years before transferring his energies into another colony in Maryland (you might be able to guess the name).

Today, you can peer over the shoulders of working archaeologists as they uncover the foundations of houses and a cobblestone street built in the 17th century. And you can view some of the thousands of artifacts at the interpretation centre.

At nearby Ferryland Head is the town's famous lighthouse. Built in 1870, and automated a century later, the restored lighthouse is a 25-minute hike along a gravel-walking trail from the Colony of Avalon. This spot is home to Lighthouse Picnics, which has been listed in Where to Eat in Canada for more than a decade. Nestle down in the lush grass with a delicious picnic of homemade delicacies served with fresh lemonade, and watch for whales, seabirds, and icebergs to pass by.

Ferryland regularly hosts summer musical events and dinner theatre productions with a strong local flavour – and no shortage of the famed Irish wit. The annual Shamrock Folk Festival is one of the top Irish / Newfoundland music festivals in the province. The town's museum is housed in the old courthouse – complete with a couple of holding cells – where you can discover many of the legends and characters of Ferryland history. The East Coast Trail has an entry point in Ferryland where you can head out on an easy 5km hike to Calvert along the Caplin Bay Path. Or choose one of the other hikes along 300km of developed trails.

The Irish Loop (Route 10) will take you along the southeast coast of the Avalon Peninsula to Ferryland, about 60 minutes from St. John’s.

A picnic under a lighthouse at the edge of the continent surrounded by breaching whales. Now this is roughing it. Blanket, picnic basket, and delicious meal included at Ferryland Lighthouse Picnics.
Continue Reading 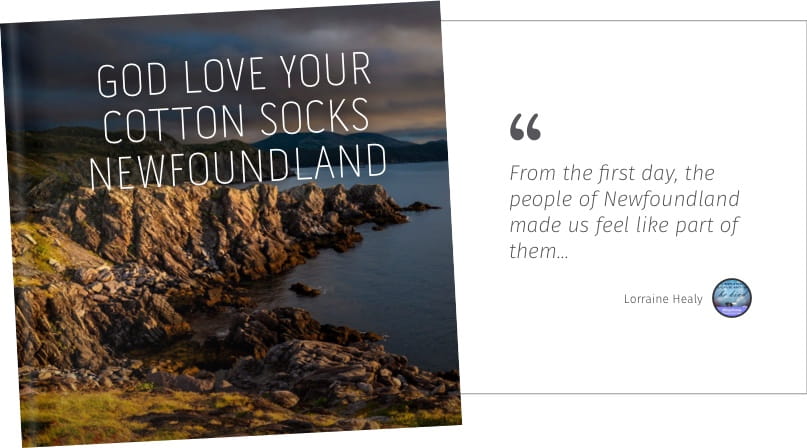