If you want to view icebergs, Newfoundland and Labrador is one of the best places in the world. From May to August, these 10,000-year-old glacial giants are visible from many points along the northern and eastern coasts, especially on clear, sunny days. They come in every shape and size, with colours from snow-white to deepest aquamarine. Despite their arrival from the Arctic every spring, and their disappearance only months later, our awe of them remains new, year after year.

2019 was and continues to be an exceptional year for iceberg viewing. Travellers from all over made their way here to view these works of art in person, and uploaded their photos to IcebergFinder.com and shared them on social media using #IcebergsNL. We even asked a few locals to gather shots of the icebergs they came across on their wanderings, and they posted pictures to our IcebergFinder map so everyone could get a closer look. You can check out their bios and more by visiting IcebergFinder.com.

Let's take a look at some of our favourite iceberg photos from 2019!

Valerie Whalen snapped this great image from the Outport-Museum and Tea Room in La Scie. Photographers in the foreground capture the light that dances amongst the shadows while the tide creates geysers from the berg which shoot toward the sky in what can only be described as epic!

A post shared by Newfoundland Labrador Tourism (@newfoundlandlabrador) on May 16, 2019 at 11:01am PDT

What's better than an iceberg? How about a horse and an iceberg! Where else can you find a combination like that, other than Iceberg Alley.

St. John’s was greeted by a frosty giant on Easter Sunday, and henceforth dubbed the “EasterBerg”. It stayed around long enough for photo ops around Signal Hill, Cape Spear and the East Coast Trails. To be sure, this one was not camera shy! 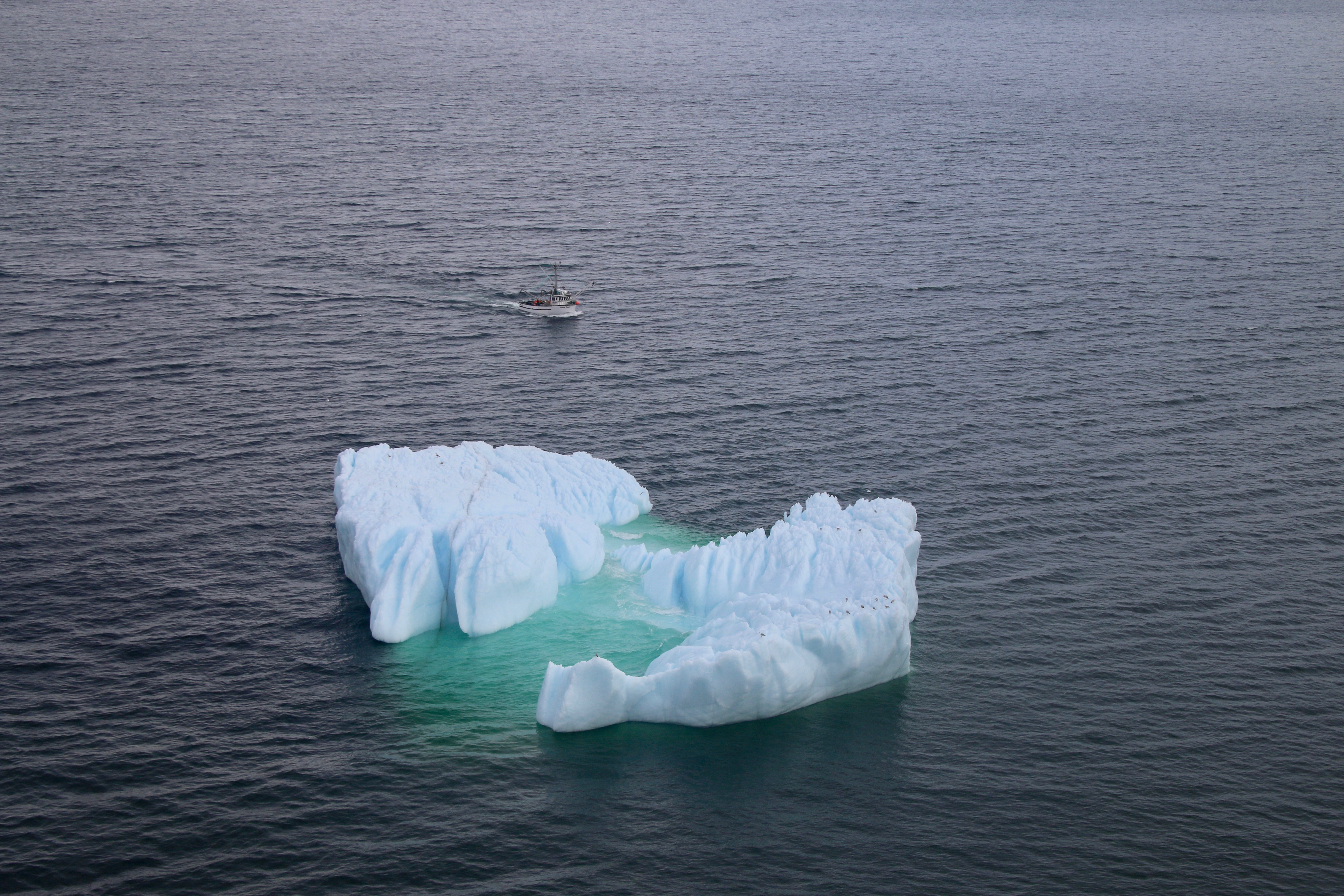 The map on IcebergFinder.com led Tom Cochrane to Hampden where this berg was beached. The photos show the incredible size and proximity to the nearby community.

Twillingate has several epic places to enjoy the coastline and spot ice giants. Any top list of places to would include LongPoint Lighthouse in Crow Head, Twillingate, which is where Joelle Blandford framed a great shot of a 10,000 year old ice cube just taking a rest on its long journey south. 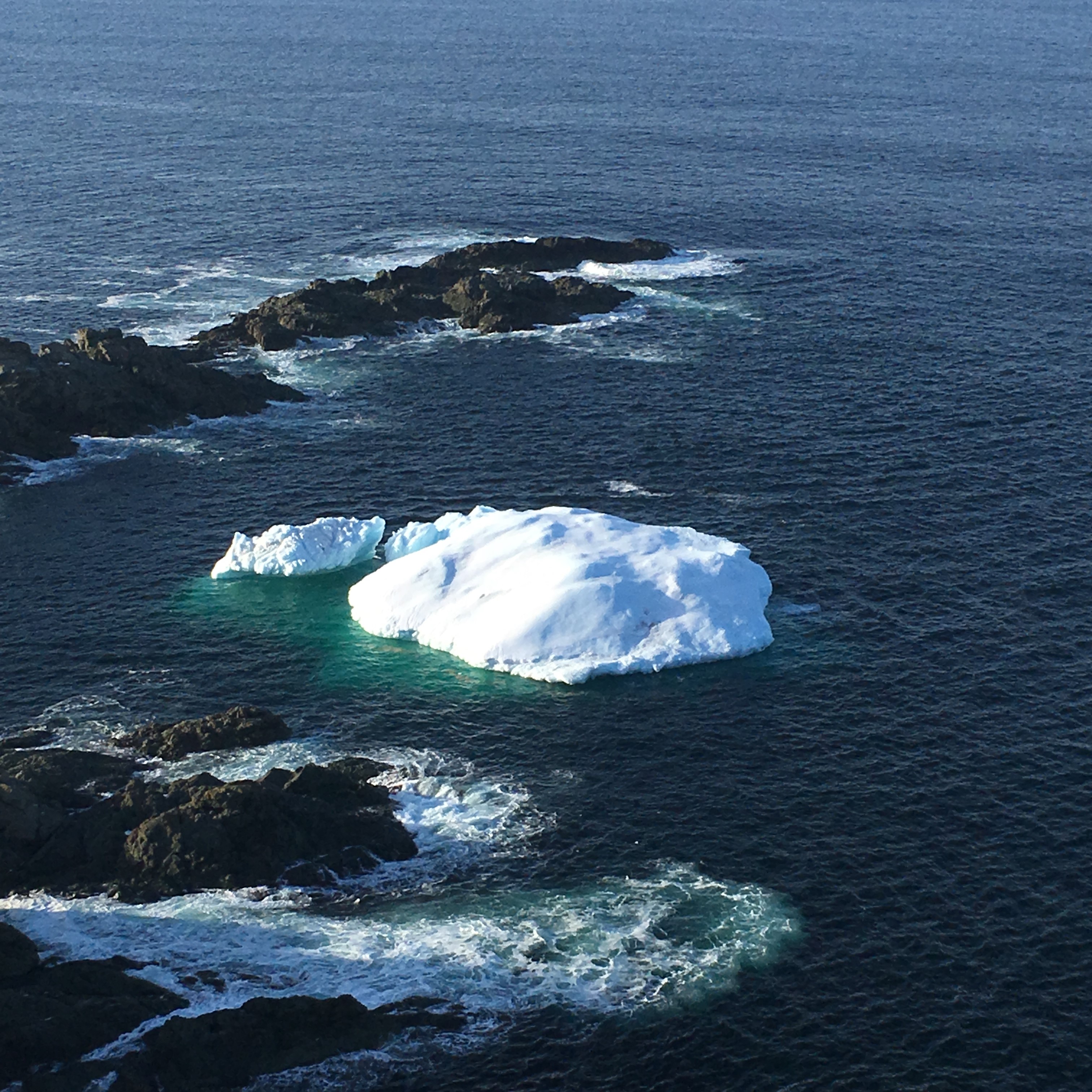 The “Chocolate Berg” visited Bonavista in mid-May and caused a stir. This ice cream swirl shaped iceberg potentially gets its signature layers from airborne dust from volcanic eruptions, or the wind, falling on a glacier and becoming trapped inside, forming a noticeably darkened brown or black layer. However, because most volcanoes are south of glaciers and winds from the south rarely mix with Arctic air masses, there are very few pollutants in the ice. One of our Iceberg Finders, Mark Gray, got a great angle of it!

Fogo Island is a magical place, during Iceberg season the sea ice sparkles in the day and glows during sunset with wonderful hues of blue and white. This video from the Fogo Island Inn, captured by Toque and Canoe, speaks volumes when words fail.

The Great Northern Peninsula gets its fair share of time sculpted ice giants. This particular berg in Eddies Cove reminds us of summer days and swirling ice cream.

Even in fog, an Iceberg is still capable of inspiring creativity. Our friend and Iceberg Finder, Tom Cochrane was inspired to take this amazing picture off Signal Hill on the shores of St. John’s.

The boat in the foreground lends perspective to this massive pinnacle berg in Grates Cove. The light and cloud make for moody shot, but even on a mauzy day, their majesty shines through.

Mark Gray’s close-up of this colossal ice giant in Keels shows us the intricate contours unseen from a distance. 10,000 years of history written on its face.

Of the several common iceberg shapes, a fan favorite is the "dry-dock" or as some call it, a "swimming pool" like this one found in St. Lunaire-Griquet. It's often wondered what is under that greenish water in the middle, and the answer of-course, is more iceberg!

To keep up on the most current 2019 sightings throughout the season check out www.IcebergFinder.com. If you happen to spot one yourself, upload it and its location to IcebergFinder.com and share on social using #IcebergsNL.